Is Netflix’s Noise Based on a True Story?

Directed by Natalia Beristain, ‘Noise’ (originally titled ‘Ruido’) is a Spanish drama film that follows the gut-wrenching experience of Julia, a loving mother who loses her daughter, Ger, to the country’s prevalent violence. She resolves to embark on a journey to find her daughter and bring her back home. Along the way, Julia meets various other women who have had their lives uprooted due to widespread violence.

Starring Julieta Egurrola and Teresa Ruiz in central roles, the Netflix movie charts Julia and the other women’s treacherous expedition to unite with their loved ones. Moreover, the movie weaves various stories of loss, grief, love, and the bond between a mother and a child. Given Mexico’s troubled circumstances as a country and the subsequent repercussions faced by its citizens, it’s viable to wonder how true the story of the movie ‘Noise’ is. Let’s find out more, shall we?

Is Noise a True Story?

‘Noise’ is inspired by the real stories of countless women and their struggles to grapple with the widespread violence in their country. Natalia Beristain, Diego Enrique Osorno, and Alo Valenzuela have penned the movie. The film centers on Julia as she finds a group of women who have faced the same loss. Her daughter has been missing for two years, and she will do anything to get her back. 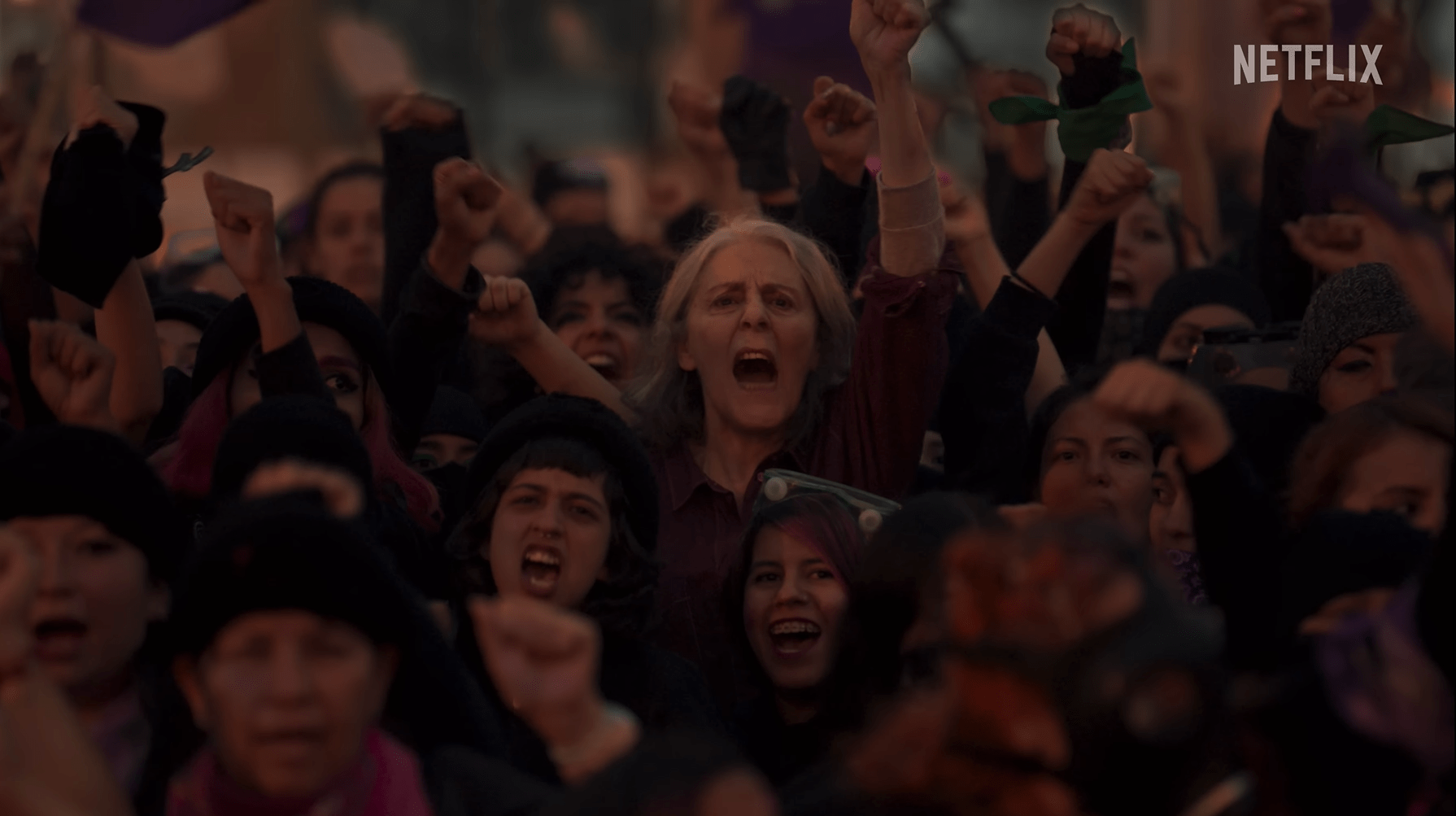 Rastreadoras are a group of Mexican women who track kids and find their lost loved ones. The group is very much real and helps women pursue the clues that lead to some substantial outcome. In fact, the filmmakers of ‘Noise’ enlisted the help of such rastreadoras to know more about the process and how they find people amid the country’s growing chaos. There are countless missing persons cases in Mexico, and not every case gets the importance and attention it deserves.

Hence, the rastreadoras make all efforts to locate missing people and track their remains. “The film is not intended to be a vehicle for such groups, but we do hope that it will help propagate their voices, show what they have to face in real life as mothers in this situation,” Rafael Ley, one of the producers of ‘Noise’ said in an interview with Variety. The writers received significant details from the rastreadoras and penned the script accordingly.

Among the writers, Beristain is a renowned director, whereas Osorno is an investigative journalist. He has extensively covered wars and turbulent times in Mexico, from drug cartels to civil wars. In addition, he has written and directed documentaries on the same. Thus, the movie ‘Noise’ may have some dramatized elements, yet the core of the story and its themes are authentic. 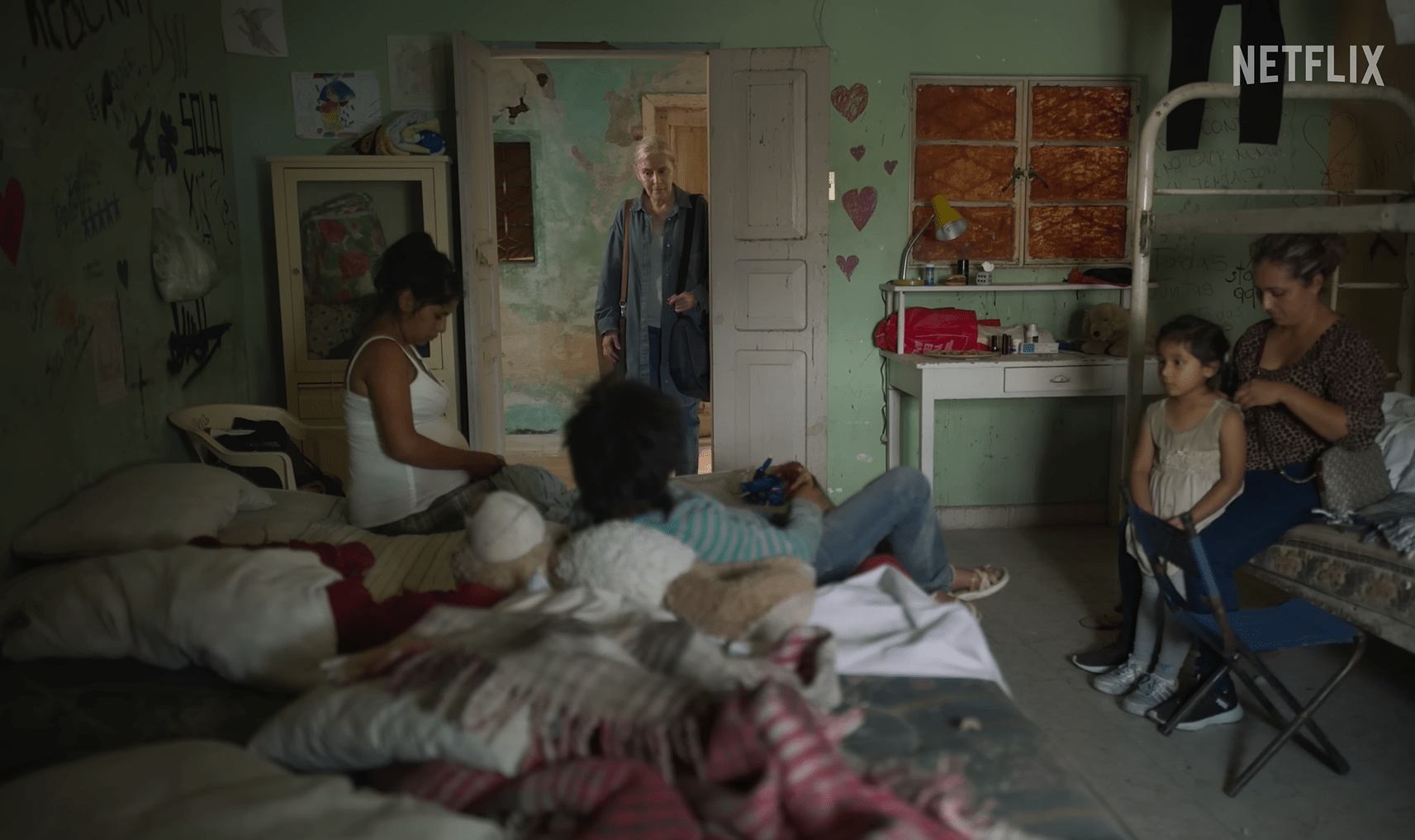 ‘Noise’ highlights the situation of women in a tumultuous country like Mexico. The struggles and the challenges faced by them are beyond ordinary comprehension. The filmmakers paint an accurate picture of the events in real life, with the suffering and travails of women at the movie’s heart.

Furthermore, the inaction of law enforcement organizations baffles the viewers. Many women and children are missing, but nobody seems to care. This adds layers of originality and authenticity to the plot. The rastreadoras only have each other to count on; they understand each other’s hardships and relate to each other as nobody else can.

In summation, ‘Noise’ highlights the brutal reality of women in Mexico. The filmmakers have taken significant sensitive measures to keep the story authentic while making it worthy of the big screen. The distressed and dismayed women take the story further with their relentless determination and conviction to find their children.