Is Netflix’s Purple Hearts Based on a True Story or a Book? 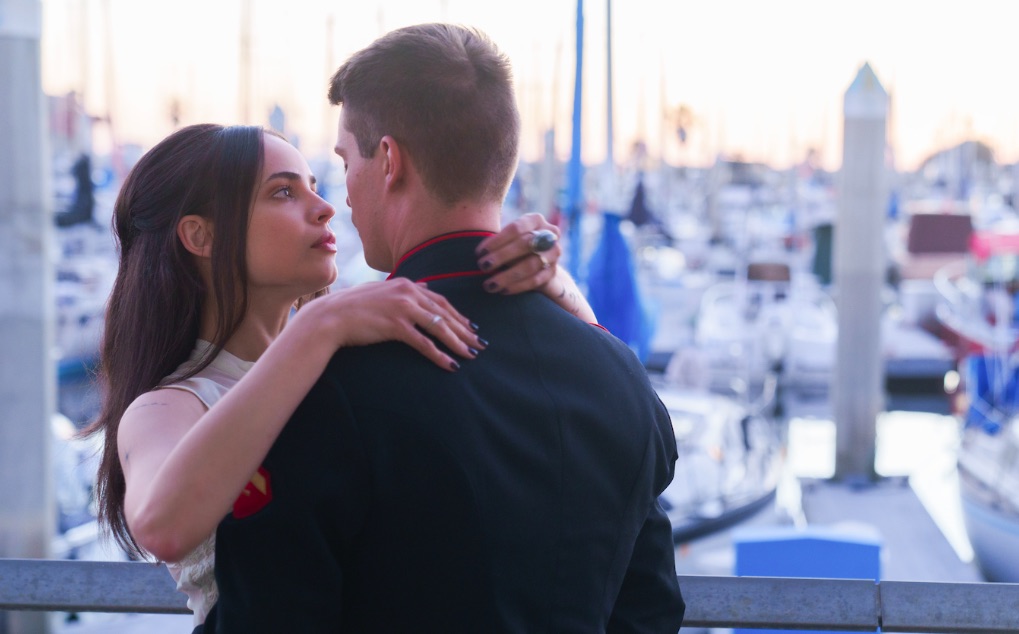 Netflix’s ‘Purple Hearts’ is a romance drama that follows the story of two people who come from very different backgrounds. Cassie is a liberal, the daughter of a hard-working immigrant, an artist, and a person who likes to question things that don’t make sense. Luke leans more on the other side of the political spectrum, has recently enlisted in the army after struggling with addiction, and likes to keep his feelings to himself.

In a different situation, they would have kept a distance from each other. However, they are desperate to come out of their personal situations that require money. Marrying each other looks like the only solution. Directed by Elizabeth Allen Rosenbaum, the film uses this premise to address a lot of issues that the audience can relate to. If you’ve found common ground with the characters and wonder if they are based on real people, then we’ve got you covered.

Is Purple Hearts a True Story?

No, ‘Purple Hearts’ is not based on a true story. It is based on the book of the same name by Tess Wakefield. It was first published in 2017 and was the first book written by Wakefield for adults. While she didn’t base the story on a real person or a real event, she infused it with some real struggles that her audience could relate to very well. Luke has a past of substance abuse and addiction, while Cassie is trying to make it through her financial struggles apart from keeping her diabetes in check. For this, Wakefield researched addiction and how the healthcare system works. For Cassie’s musical background, she also read up a lot about music theory, while for the little arrangement between her and Luke, Wakefield dove into military law to see if a thing like this could actually work out.

In the book, Cassie is of Puerto Rican descent. To portray that side of her correctly, Wakefield spoke with the Puerto Rican community to find out more about their culture and how the family dynamics might differ for them, especially their relationship with their parents. We see this difference in Cassie’s relationship with her mother and Luke’s with his father, who is on the brink of becoming estranged. For Cassie’s diabetes, she spoke to those who have spent their lives with the illness to get a sense of how difficult things can get and how they deal with it.

Actress Sofia Carson, who plays Cassie, was drawn to the story due to the varied themes captured by it. “When I first read the title, I asked Liz (the director) if “purple hearts” meant it was the blending of a red and a blue heart, and she giggled and she said, “I hadn’t thought of it that way, but that’s exactly what our story is.” We live in a country that’s so incredibly divided right now, red versus blue. This story is about choosing not to see color and choosing love, above all things, and how a red heart and a blue heart can come together and choose love,” she explained.

While writing about some socially and politically relevant things, Wakefield also added a personal touch to the story. She’d been going through a terrible break-up when she started writing the book. The pain and the heartbreak informed her writing and allowed her to give a similar aching distance to Luke and Cassie’s story. To elevate it, she found it best to make them as different as possible. She described Cassie as “that friend or coworker who’s always looking for the next challenge”, while for Luke, she created a softer side under his stoic demeanor. “It was incredibly healing to be with Luke as he gave himself permission, to be honest about his problems, and to be vulnerable,” she said.

In between all this, she found herself using “the most random memories, or tidbits of knowledge, or techniques that [she had] absorbed over the years”. So, even when she created a fictional romance, Wakefield did her best to keep it real, with characters that people could see themselves in and situations that everyone could relate to.