Where Was Netflix’s Purple Hearts Filmed? 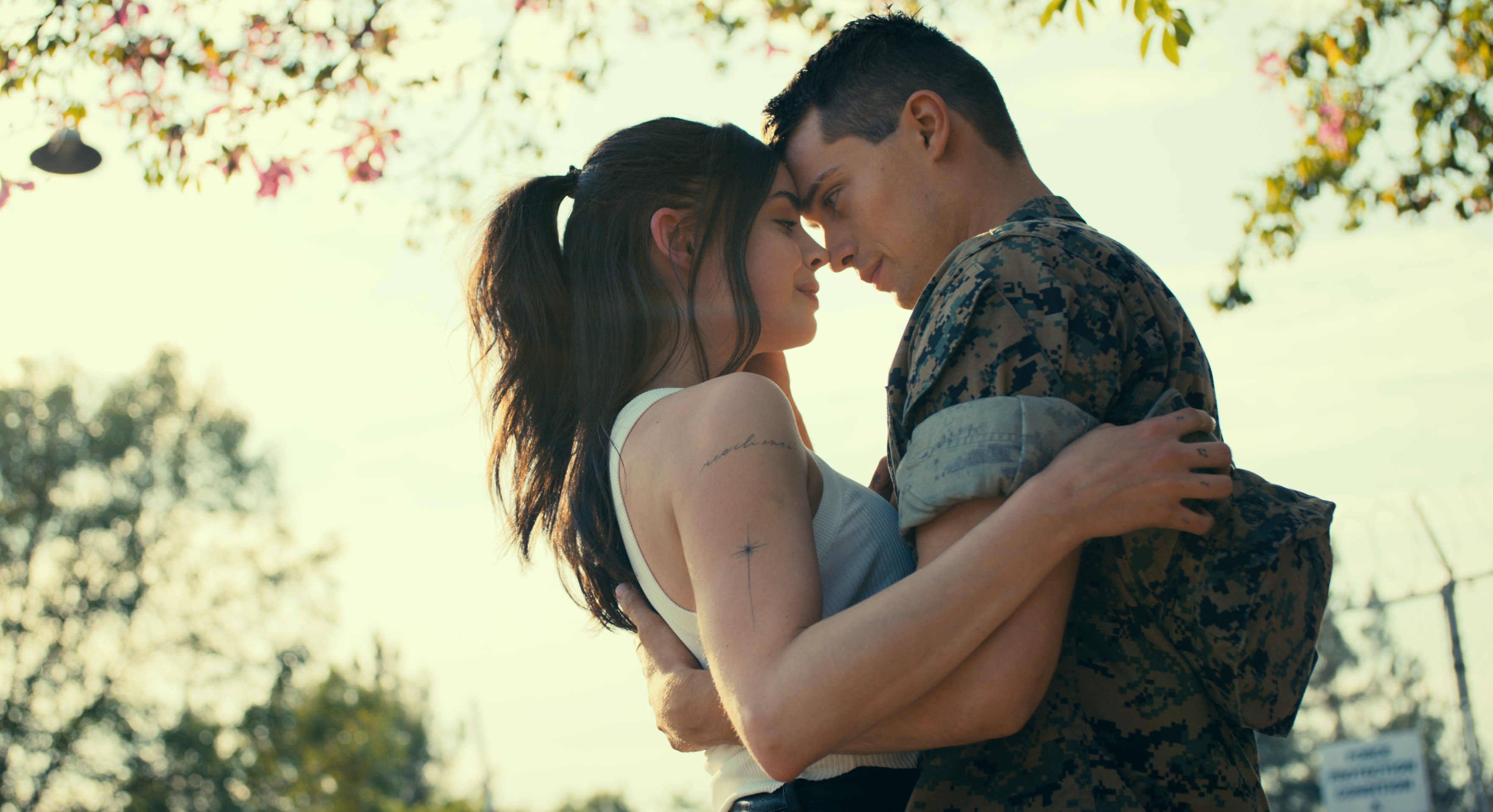 Directed by Elizabeth Allen Rosenbaum, Netflix’s ‘Purple Hearts’ is a musical romantic drama movie based on the eponymous novel by Tess Wakefield. It revolves around Cassie, an aspiring and struggling musician, and a soon-to-deploy US marine named Luke. The two agree to bind themselves in holy matrimony for military purposes and benefits despite their many differences. However, when tragedy strikes upon Luke, their fake marriage starts to turn into something true as they get closer to one another.

The unique and emotional narrative keeps the viewers hooked on the movie from the beginning to the end, but what keeps them most intrigued is the interesting use of backdrops, highlighting the significant differences between Luke and Cassie’s lives. So, it is natural for you to wonder about the actual locations that appear in the Sofia Carson-starrer. In that case, you might be interested in what we have to share about the same!

‘Purple Hearts’ was filmed in California and Texas, specifically in Los Angeles County, San Diego County, Riverside, and Austin. The principal photography for the Netflix movie commenced in August 2021 and wrapped up in October of the same year. Now, without further ado, let’s glance at the actual locations where Luke and Cassie’s fake marriage transpires on-screen!

Many pivotal sequences for ‘Purple Hearts’ were lensed in Los Angeles County, the most populous county in California and the US. The scene involving Cassie’s concert was taped in the famous amphitheater, Hollywood Bowl, located at 2301 North Highland Avenue in the Hollywood Hills neighborhood of Los Angeles. Sofia Carson, who plays Cassie, told Netflix that it would be an understatement to say that performing at the Hollywood Bowl was surreal.

Carson expanded on how she felt about this experience, saying, “To perform at the Hollywood Bowl, while shooting a film so dear to my heart — a film that I had the honor of executive producing — while performing a song I wrote, was one of the most unforgettable moments of my life.” Moreover, it seems that the production team set up camp in Joe’s Great American Bar & Grill at 4311 West Magnolia Boulevard in Burbank. In addition, Santa Clarita served as one of the important filming sites for the movie as well.

Some pivotal portions of ‘Purple Hearts’ were recorded in San Diego County, the second most populous county in California, located in the southwestern corner of the Golden State. In particular, Marine Corps Base Camp Pendleton at 20250 Vandegrift Boulevard in Oceanside is where many marine-related sequences were shot. Interestingly, the movie is set in the coastal city of Oceanside; hence, the portions lensed there add authenticity to the scenes.

To tape a few additional portions of ‘Purple Hearts,’ the production team traveled to Austin, the capital of Texas. Also known as The Live Music Capital of the World, Austin is known to have a lively music scene with many performance venues across the city. Not only that, but it is frequented by filmmakers quite regularly for the production of different kinds of movies and TV shows. Some notable ones that have utilized Austin’s locales are ‘Lolita,’ ‘Sin City,’ ‘Friday Night Lights,’ and ‘The Leftovers.’

Read More: Purple Hearts Soundtrack: Where to Listen to Its Songs?