Does Sofia Carson Sing in Real Life? Is The Loyal A Real Band? 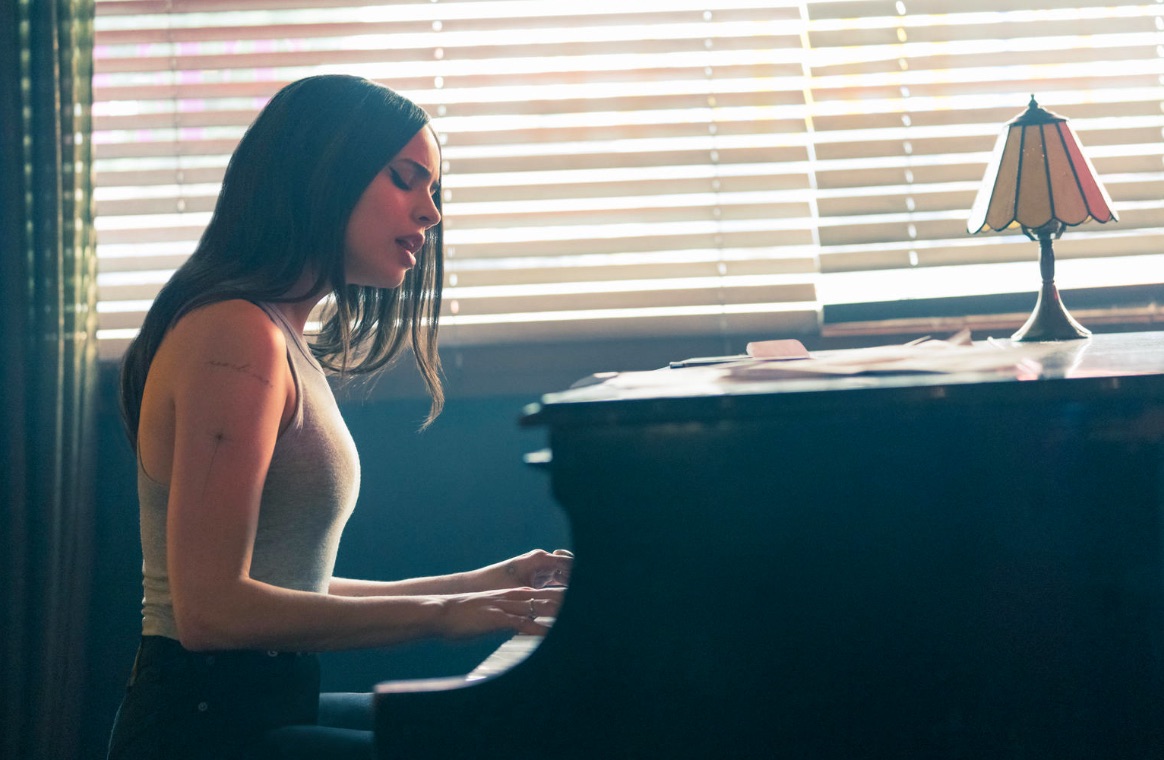 Netflix’s ‘Purple Hearts’ is the story of a singer who enters a marriage of convenience with a young Marine. Cassie needs health insurance to live and Luke needs money to pay off the debt he owes to his previous drug dealer. If they get married, Luke will become eligible to avail of the monetary benefits of the program for married soldiers. However, if anyone discovers that their marriage is a sham, it will lead to career death as well as legal complications. In the midst of this complicated relationship brews the romance that changes everything for them. Cassie’s career in music sees a change of pace and we see her performing some very beautiful songs. If it makes you wonder whether Sofia Carson, who plays Cassie, really sang those songs, then here’s what you need to know.

Does Sofia Carson Sing? Is She in a Band?

Yes, Sofia Carson does sing in real life. However, she is not part of a band. Cassie’s band, The Loyal, was created for the purpose of ‘Purple Hearts’, and it doesn’t exist in real life.

Apart from acting and singing, Carson is also a trained dancer, a skill that she showcased in the Netflix film, ‘Feel the Beat’. Carson started learning singing and dancing at a very young age. She studied dance and vocal performance at the University of Miami’s theatre program and wrote her first song at the age of eleven. She fell in love with the art and carried around a song journal wherever she went. She felt that “the most vulnerable and perhaps the scariest thoughts could feel safe in a song”. She wanted to give a similar safety net to other people and hoped that they would hear their story in her music.

Carson grew up admiring Cher, whose versatility as a pop artist, a musician, a director, a producer, and an actor left a lasting impression on her. In 2015, she starred in Disney Channel’s ‘The Descendants‘, where she also contributed to the soundtrack album. She continued singing songs in its two sequels. She made her singing pop debut in 2016 and released her first album, titled Sofia Carson, in 2022. About choosing the title for the album, she said: “My art and my music is a reflection of my heart. It’s who I am, and so it only made sense to me that my first album would be Sofia Carson”.

While she’d been singing and songwriting for a long time, she’d never really done it for a movie. She described it as “incredibly exciting and terrifying”. In an interview with The List, she said: “I had never written a soundtrack before or written songs that had to serve a particular purpose for a story. It’s a very different experience than writing whatever you’re feeling in that moment.”

For the process, she had to dive into Cassie’s headspace and create a distinction between her own and her character’s voice. Special attention was paid to the story so that the lyrics could resonate with the emotions of Sofia and Luke. “I had my notes pages on my phone filled with lyrics for weeks before we started writing,” Carson said. The writing process allowed her to dive deep into the differences and conflicts between Cassie and Luke, and to find a place where their love starts to blossom. “I had been thinking of because of so many instances with Cassie and Luke that were so real. I love being able to do that,” she added.

She describes writing songs for ‘Purple Hearts’ as one of her favorite experiences, even if, a bit trying. No matter what, Carson does a tremendous job of inhabiting Cassie while adding her personal touch to her story and her songs.

Read More: Purple Hearts Soundtrack: Where to Listen to Its Songs?