Is Netflix’s The Guilty Based on a True Story?

‘The Guilty’ on Netflix is a tense thriller drama set in the confines of an LAPD dispatch room. A police official relegated to fielding 911 calls on the night shift finds himself embroiled in a woman’s kidnapping and tries to do all he can to save her while being unable to leave his desk. The taut narrative follows the process minutely, with every pitfall and victory turned into a crucial event by which the woman’s life hangs.

The film also provides glimpses of a chaotic city where the story unfolds, with the police overwhelmed by raging forest fires, revolts, and crime sprees. The central character, too, is a highly flawed individual who puts a lot of his own emotional baggage on the case and makes a few crucial errors in his handling of it. Unlike most thrillers, this one significantly blurs the line between “good” and “bad” and adopts a more realistic, morally gray tone. Could ‘The Guilty’ be based on a true story? We decided to find out.

Is The Guilty Based on a True Story?

No, ‘The Guilty’ is not based on a true story. The film is a remake of the 2018 critically acclaimed Danish film of the same name (original title: ‘Den Skyldige’), directed by Gustav Möller, who also co-wrote the script of the original with Emil Nygaard Albertsen. He initially got the idea for the film after studying an actual 911 call wherein he felt he could see the victim and her circumstances. Imagining how the situation would appear differently to different observers, he decided to make a film based on the concept. 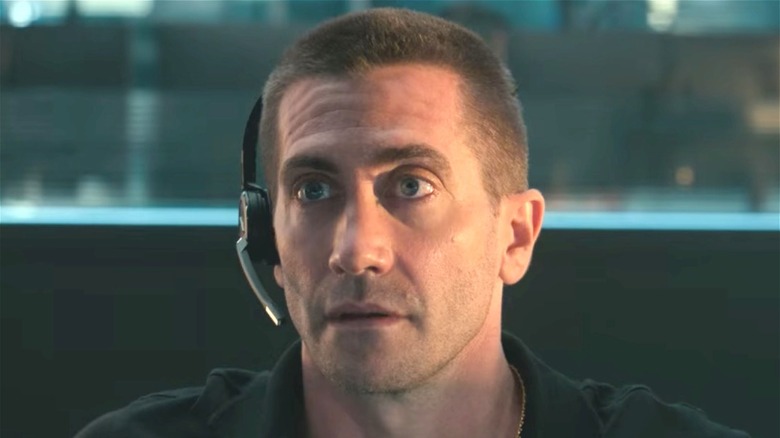 Möller, therefore, based his narrative on detailed sound landscapes, forcing the viewers to conjure up their own images of what they thoughts was taking place. Interestingly, he was also inspired by the hugely popular true-crime podcast ‘Serial.’ The film’s tense setting, long takes, and single-character point of view were inspired by films like ‘Dog Day Afternoon’ and ‘Taxi Driver.’

The remake, which stars Jake Gyllenhaal as the central character, follows the original closely, but director Antoine Fuqua and screenplay writer Nic Pizzolatto have also added touches to make the film’s setting more authentic. Set amidst raging California forest fires and with a subplot centered on unchecked police brutality, there are a lot of topical issues folded into the backdrop. In fact, despite his single-minded focus on rescuing the victim, Gyllenhaal’s character is also a study of how the police sometimes mishandle situations. The film closes on a case of police brutality, underscoring its theme of crucial mistakes sometimes made by law enforcement.

However, the fact that we see things from the point of view of a law enforcement official also gives the film a sympathetic tone. The audience is witness to the high-pressure situations to which police officials are subject, into which they bring their emotional baggage and prejudices. Hence, the film’s central character is not so much a hero as he is a flawed individual looking to fix what he can but largely failing at it.

Resting largely on Gyllenhaal’s character, the remake went into production after the actor approached Fuqua to direct the script in a quick 10-11 day schedule. Initially skeptical, the director was then drawn into the narrative and agreed to the project. The lead actor seemingly helped with some of the script’s writing as well, and the film was shot, as depicted, in a single location just before an impending lockdown.

Möller’s ‘The Guilty’ was made to explore a filmmaking technique that makes audiences imagine tense situations instead of depicting them. In its remake, the film has taken on more socially relevant and topical aspects but remains detached from making any pointed social commentary. Though inspired by real-life situations, its characters and plot are fictional and are seemingly meant to represent particular aspects of reality as opposed to actually telling a true story.