Is Netflix’s The Kings of the World Based on a True Story?

The Colombian adventure drama movie ‘The Kings of the World’ presents a jarring comparison between Colombia’s turbulent history and its modern situation. At the heart of the chaos are five teen friends from Medellín. The alleged kings of the streets – Rá, Culebro, Sere, Winny, and Nano are like a family. They protect each other and share love beyond comprehension. Directed by Laura Mora Ortega, the 2022 Netflix movie explores their adventures as they set out to take their rightful land back.

Set against the charming backdrop of Colombia’s nature, the movie dives deeper into the ferocious struggles of the citizens with lawlessness and drug prevalence. The five friends are marginalized and deemed outcasts from the community. They only have each other, and they believe that’s enough. The movie is a wonderful depiction of love, friendship, redemption, and freedom. Such honest portrayals spark the question of whether ‘The Kings of the World’ is a true story. Let’s dissect the intricacies and find out!

Is The Kings of the World a True Story?

No, ‘The Kings of the World’ is not based on a true story. This stirring tale of close friends and their expedition to get what they are owed comes from the minds of Maria Camila Arias and Laura Mora Ortega. A life without a family on the streets of Colombia is not an easy one. The protagonists face their fair share of obstacles that hinder their daily life. Despite the circumstances, the friends make sure to have some fun and live while they can. They steal and rob things to sustain themselves. 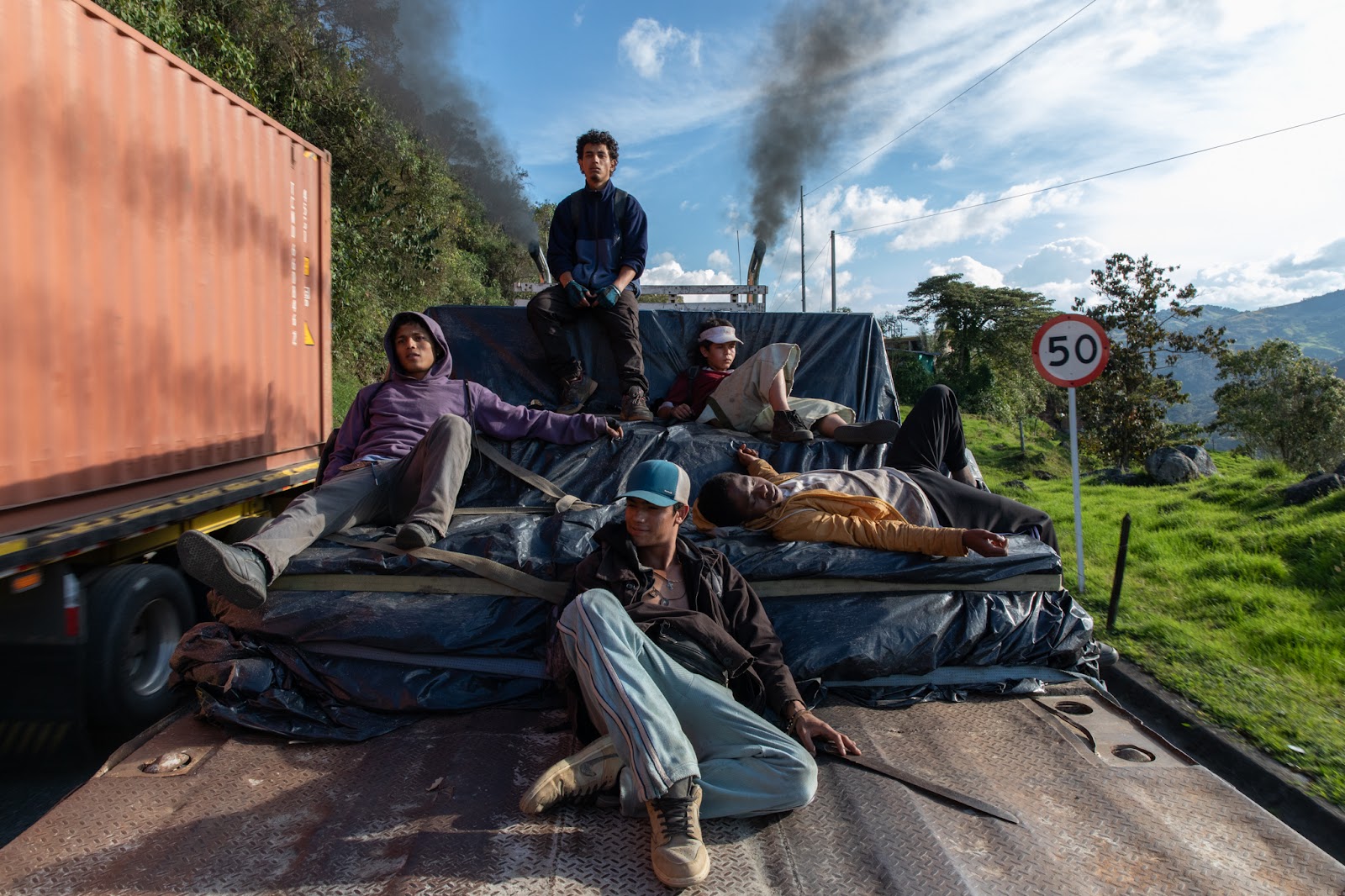 Furthermore, as teenagers often do, the five friends compare their wounds and revel in their scars. As Rá sets out to regain his grandmother’s land, he takes his friends along for the ride. They soak in the vast expanses of land as they pass through the streets and farms of Colombia. Moreover, it’s heartwarming to see the kids not lose their childish innocence while dealing with a tough life. These honest character arcs and traits make the movie highly relatable to Colombian viewers. Furthermore, Colombia’s modern depiction is true to life. Thus, they are left wondering if the movie originates from reality.

‘The Kings of the World’ is Laura’s second project with which she experimented and took a different route than her first movie. This movie is her way of questioning the reality of her country and portraying a truthful image of the distraught chaos that reigns Colombia. Moreover, her initial thoughts comprised only character sketches for the central characters and their primal motive in the story. Subsequently, she shed some light on the land restitution issue that troubles various regions of the country even today. Laura claims to give her best shot at bringing the country’s reality to the big screen.

Consequently, when Laura brought her co-writer Maria Camila Arias along, they structured and furthered the plot together. Arias was able to make every central character stand out and deal with their inner demons. This added to the originality of the story while keeping the relatable aspect alive. “Making a fictional film protected us too as they probably would not have been so welcoming of documentary filmmakers or journalists,” Laura said while talking about filming the movie in Colombia.

Additionally, the movie witnessed certain alterations and improvizations because of the persisting situations. Some spontaneous dialogues by the actors that made it to the final cut of the film are seen as a blessing by the makers. Such situations cannot be woven unless they present themselves in reality. “That’s the beauty of working with non-professional actors, they come up with lines and details you’d never think of yourself,” Laura expressed.

The Laura Mora Ortega directorial offers a great insight into the Colombian life and tribulations of the land. However, it is a work of fiction. The issues and obstacles faced by the characters are rooted in reality, but their story has been written and then brought to life on the big screen. Taking everything into account, we infer that though driven by a fictional script, ‘The Kings of the World’ is a terrific movie that conjures the spirit of friendship and redemption.

Read More: Where Was Netflix’s The Kings of the World Filmed?