Is Nikki Glaser Dating? Who is Her Boyfriend? 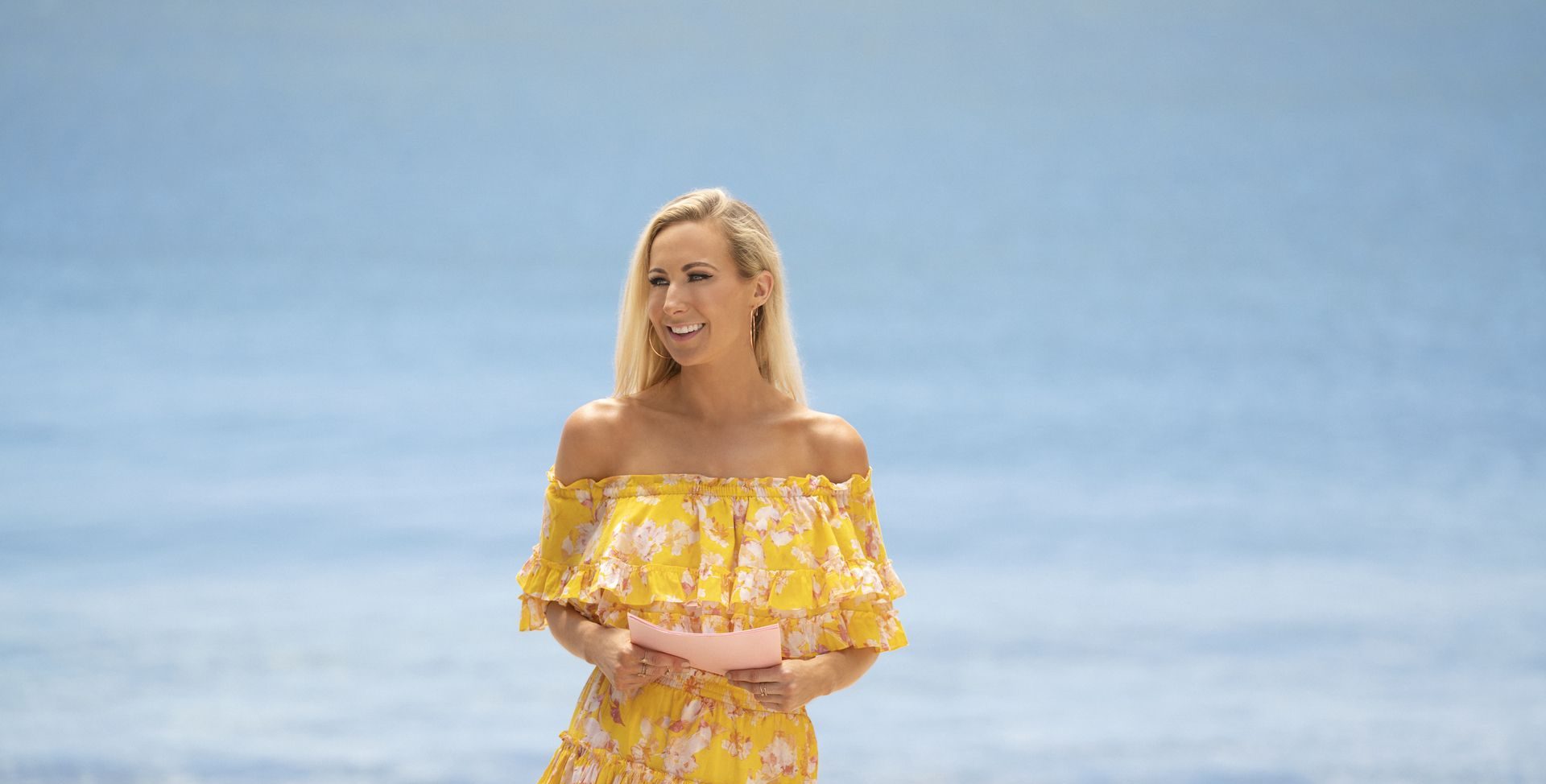 Nikki Glaser is a famous stand-up comedian, podcast host, actress, television and talk show host, budding singer as well as a radio host. The multi-talented personality first started comedy when she was 18-years-old and has gone on to work on multiple projects over the years. Whether she’s doing stand-up tours or comedy specials or her latest stint as the host for the dating show ‘FBoy Island’, Nikki Glaser has successfully seen tremendous growth and love from fans all over the country.

Nikki, who is mostly known for her candid and hilarious take on life, dating, and sex, draws most of her content from her personal experiences. She has never shied away from making jokes about her own dating experiences, and such content has indeed helped her become more relatable to her fans. Some of her most notable works include her performances on shows like ‘The Tonight Show with Jay Leno,’ ‘Conan,’ ‘Last Comic Standing,’ stand-up specials like ‘Perfect’ (2016) on Comedy Central, ‘Bangin’’(2019) on Netflix, and the latest ‘Good Clean Filth’ on HBO.

Apart from these, her television talk show ‘Not Safe with Nikki Glaser’ (2016) on Comedy Central, ‘The Nikki Glaser Podcast,’ and MTV series ‘Nikki & Sara Live’ (2013) have all been contributors to her popularity over the masses. However, despite a thriving comedy career, Nikki’s dating life has been full of ups and downs, which she has navigated through with immense patience and pride. As all her fans must be eager to know a detailed account of her dating life, we’re here to help!

Nikki has a close-knit and loving family that includes her mother, Julie E. Glaser (née Burke), father, Edward J. Glaser, a younger sister Lauren Green, brother-in-law Matthew Green and a niece and a nephew. In 2020, at the beginning of the COVID-19 pandemic, Nikki made a huge life decision by returning to her roots. They all live in their hometown of St. Louis, Missouri, from where the reality TV personality and comedian created her reality show ‘Welcome Home Nikki Glaser?’ in 2022.

Nikki’s family has been highly supportive of her career in comedy to the point that they have also appeared in her reality show that showcases her uncomfortable journey of self-discovery. In the reality series, Nikki’s parents shared candid moments with her individually and as a family, giving her love advice and showing their comedic side, that in fact made her even closer to her family. In an episode where Nikki was seen kayaking with her dad, she suddenly asked, “When did you know mom was the one?” Before he could answer, she made a joke saying, “When you got her pregnant?”.

The comedian cum actress clearly has had a lot of thoughts on love and relationships, which makes her dating life quite intriguing. Nikki has been vocal about her dating life in all her stand-ups, talk shows, and podcasts. She has extensively talked about how tough it is to be a woman in the dating field where they are judged for their appearance, no matter how good or bad they look. She has admittedly been on several dating apps and openly discussed her sexual experiences, especially in her sex comedy talk show ‘Not Safe with Nikki Glaser.’ But does she have a special someone in her life? Let’s find out!

Although Nikki acknowledges dating quite a few men, one relationship, in particular, has been quite significant in her life to date. Chris Convy, a Hollywood producer and writer, who also belongs to St. Louis, Missouri, met Nikki in New York when he worked as a producer on her 2013 show ‘Nikki & Sara Live’. Nikki was instantly attracted to Chris and found him to be extremely good-looking and charismatic. They started dating around the time. However, they broke up in 2016 and have mostly been in an on-again-off-again relationship since.

However, Nikki always had a soft spot and undeniable connection with Chris which got intensified when they both ended up in St. Louis during COVID-19. As they started hanging out with each other more often, they rekindled their relationship but not without complications. While, on the one hand, Nikki was ready to take the relationship forward, Chris was not in the same place and did not prefer to make things official or exclusive. Nikki also mentioned that during their first relationship, she found it challenging to be entirely herself and pretended to be someone he would love.

Since, eventually, Nikki wanted a clear idea about Chris’ intentions, Chris took her on a date, discussed their futures, and then got down on one knee to finally ask her, “I know it’s not the best time for this, but, will you be my emergency contact?” Although the question wasn’t what Nikki might have hoped for, she took it as a positive step for the relationship. Citing her excitement, she said, “Hey, you gotta start somewhere!”

If that made you feel Chris and Nikki were headed towards a committed relationship after nine years of on-and-off, you’d be delighted to know that it is indeed the truth. On a July 13 episode of E! Online’s Late-night talk show ‘Nightly Pop,’ Nikki revealed, “We say that we are 100 percent official. He is my boyfriend. I love him. We are together. He’s a guy I’ve been on and off with for nine years, but everything you saw was real—and now you can know that in the end, the show got us to end up together.” Well, we are absolutely thrilled for the couple and wish them the best for their future.