Is Norman Dead in The Promised Neverland? 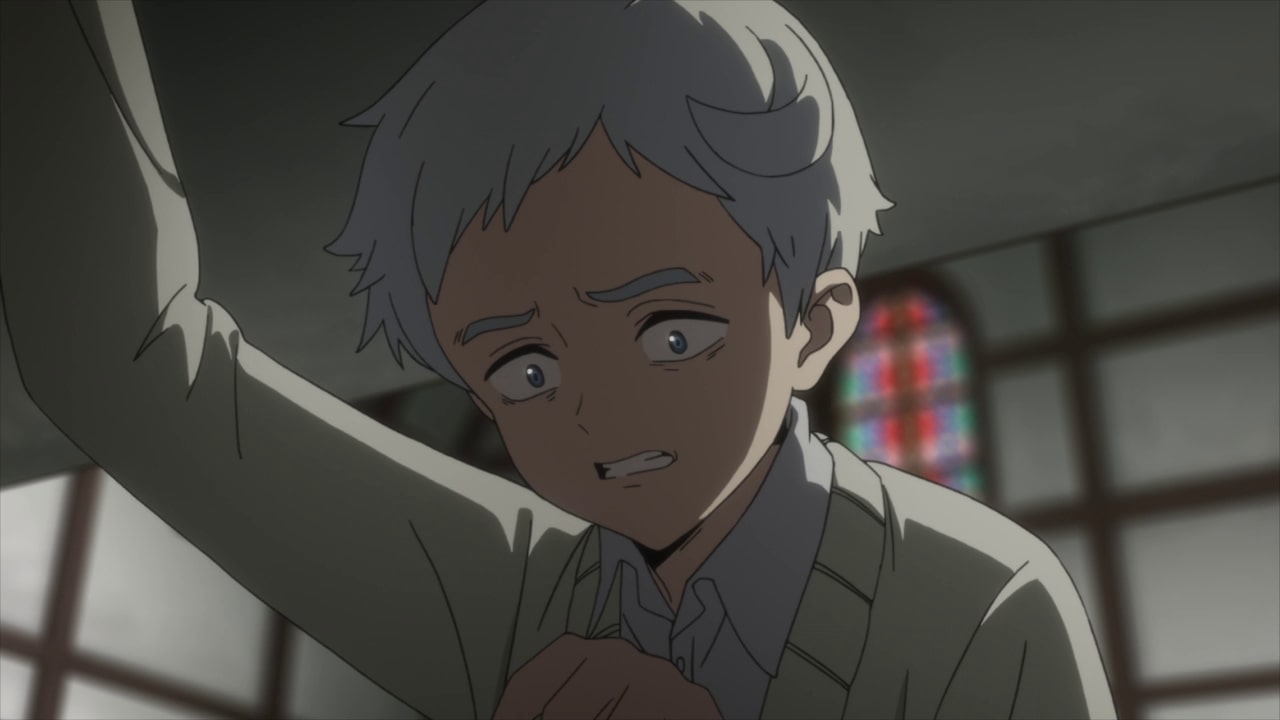 ‘The Promised Neverland’ is based on the manga of the same name. It is considered to be among the best animes of the 2010s. The premise is set in the future in 2045. We are introduced to orphans living in the Grace Field House, under the supervision of Isabella, the caretaker, who assumes the role of a mother figure. Despite the lavish conditions of their existence, the children have to follow one rule – they cannot leave the grounds or go beyond the gate connecting the orphanage to the outside world.

One day, an orphan named Conny is sent away to be adopted, but she leaves her stuffed toy behind. When Emma and Norman try to give it to her, they discover that Conny’s been killed. Soon, the children unearth the horrific truth underlying their idyllic existence. They are being raised to be eventually butchered for meat for a species called Demons. Norman, who’s always been a great strategist, and one of the more intelligent children – decide that escaping is mandatory.

Unfortunately, things don’t go according to plan, and Norman resigns himself to the fate of dying while letting the others escape. Naturally, as a fan-favorite character, many want to see Norman returning to ‘The Promised Neverland,’ and we’re here to settle doubts about whether he is dead.

In Season 1, we see Norman meeting a gut-wrenching end. But, unlike the other kids at the orphanage, it doesn’t come at the hands of a demon. Although Norman has accepted the fate of his death, Isabella sends him to a room and asks Norman to wait. When Norman enters the brightly lit room, his face is marked by confusion because it is quite different from what he’d imagined. The young boy thought he’d be locked in and devoured by a demon. The anime smartly holds back any hard evidence of his death and merely shows the strange occurrences surrounding Norman’s send-off.

While it remains unknown if the anime heads in a different direction and decides to kill Norman, we should let you know that Norman is alive and doing well in the manga. Isabella hands him over to the research scientist, Peter Ratri. Norman is sent to a research facility, where children are experimented on, to mass-produce premium meat for demons. Norman is led to believe he’s the only cattle child there but lives under constant monitoring. His thoughts keep going back to the kids at the orphanage, and he plans on escaping the facility to create a safe space for the children eventually.

As per the story, the experiments make him look older, and Norman uses it to his advantage to meddle in demon politics. He also leads a human resistance against the existing system, relying on the works of William Minerva. We’ve always known Norman’s a great strategist, and he begins to manipulate the demon clans to make them fight for the throne – which weakens them in unison. The boy’s goal is clear. He wants to rid the world of demons and create a safe place for his kind. In the manga, the kids do reach the titular ‘Promised Neverland.’

Therefore, despite the show leaving Norman in a somewhat perilous situation, his story is far from over. The kid is actually instrumental in the existing power dynamics between the demons and humans. ‘The Promised Neverland’ has kept to the manga’s storyline thus far, which gives us reason to believe that Norman will be back in the next installment, and we might even get to learn what happened to him once he entered the brightly lit room.

Read More: All You Need to Know About The Promised Neverland Season 2