Is Press Your Luck Real or Fake?

‘Press Your Luck‘ is an iconic game show that was known for its fierce competitive spirit during the original run. The revival has kept the core elements intact, where competitors face each other and answer questions to get spins on the Big Board. They have to try and avoid the ‘Whammy,’ which can take away their winnings. Whoever wins goes to a bonus round. Here, they face the ‘Whammy’ for the last time for a shot at the grand prize. Viewers have already loved the reboot, but a lingering question remains whether the network has rigged ‘Press Your Luck.’ We are here to put all doubts to rest.

Is Press Your Luck Scripted? 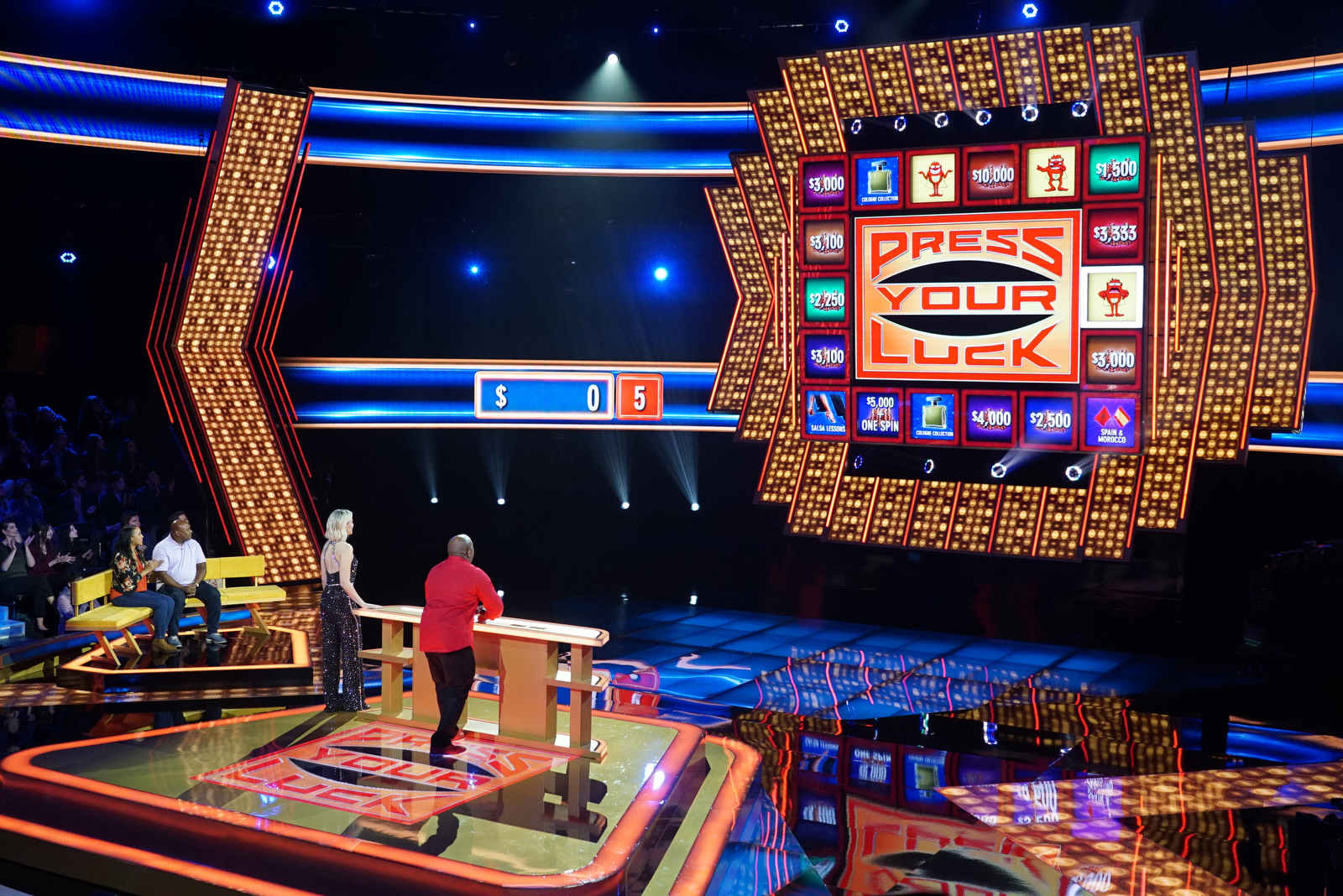 ‘Press Your Luck’ ran into quite the controversy during its initial run when an ice cream man named Michael Larson hacked the game by observing it. In 1993, Larson noticed some patterns on the game board and used it to his advantage. He won a total of $110,237, which translates to $283,000 today. Michael noted that after contestants were asked questions, they were allowed a spin on an 18-space board that had the prizes, cash, and ‘Whammies,’ which could erase the players’ earnings up until the point. Despite the network’s insistence that spins were random, Larson uncovered five predictable board patterns that could be learned to avoid the dreaded ‘Whammy.’

He put his knowledge into practice, getting 45 spins without landing on a single ‘Whammy.’ Initially, the network had refused to pay Michael his dues, but then realized his method of reverse-engineering the game wasn’t against the rules.

But, the past has taught ‘Press Your Luck’ a lesson, and the new version has 32 patterns. Thus, there is no chance of the game being rigged again. Moreover, there are federal laws that prohibit rigging outcomes for game competitions. Therefore, it is played ‘fair and square.’ While this wraps up the core side of ‘Press Your Luck,’ in reality television, a variety of factors create the atmosphere. Among this is audience reaction.

Since producer interference is always present in such shows, we can expect that the audience is coached to some extent about how to react and create the perfect aura of enthusiasm. Similarly, some dramatic moments are exaggerated, and there is always smart editing at play to create an exciting narrative, to draw more fans. But, one can hardly fault a series like ‘Press Your Luck’ for that, as long-running game shows have to be more particular about network ratings if they wish to continue.

Ultimately, ‘Press Your Luck’ does not take too many liberties where the gameplay is concerned. The rest of the series strays from the straight and narrow, adding a degree of embellishment. Audiences have come to expect as much from television shows, and it doesn’t adversely affect the viewing experience – as the ever-increasing number of fans prove. ‘Press Your Luck’ remains just as popular in the new iteration as it was during its original run.