Is Pretty Little Liars Based on a True Story or a Book? 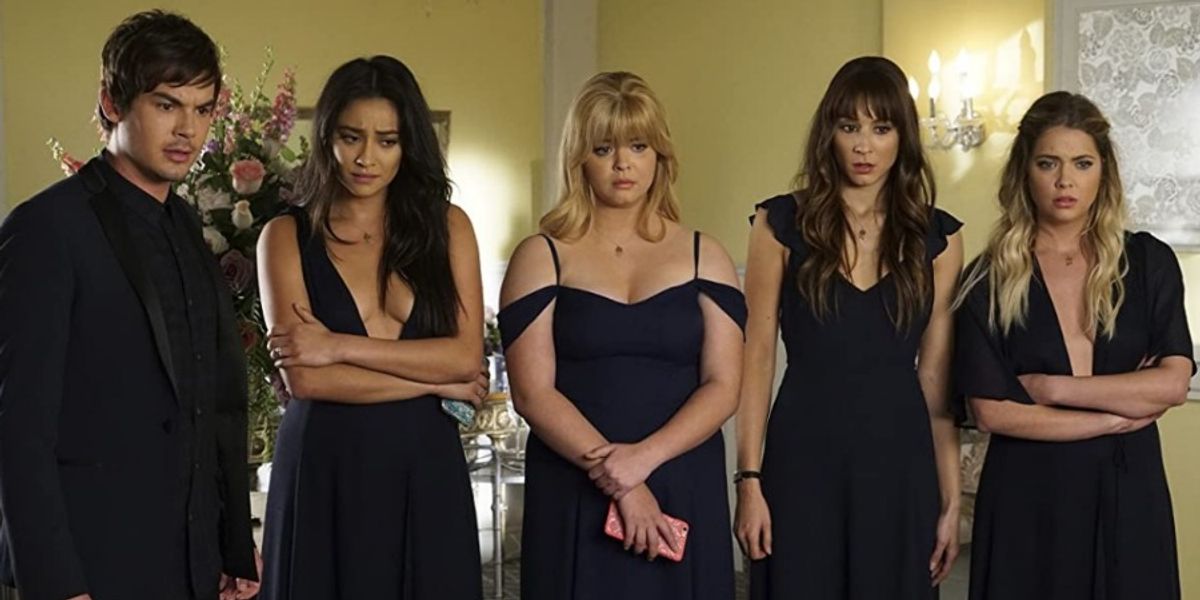 ‘Pretty Little Liars‘ is a teen drama series that first premiered in 2010 and spawned a successful franchise. It is developed for television by I. Marlene King and revolves around a group of high school friends. Spencer, Aria, Hanna, and Emily struggle to cope with the disappearance of their clique leader Alison DiLaurentis. The girls are soon targeted by the mysterious “A,” who tortures and torments them.

The mystery and suspense-filled narrative of the original show continues in the franchise’s fourth installment, titled ‘Pretty Little Liars: Original Sin.’ However, if you are wondering how the series came to be and seek answers about its inspiration, we’ve got you covered! Here is everything you need to know behind the creation of the ‘Pretty Little Liars’ franchise.

Is Pretty Little Liars Based on a Book Series?

No, ‘Pretty Little Liars’ is not based on a true story. The original series is an adaptation of author Sara Shepard’s best-selling novel series of the same name. The first book in the series, titled ‘Pretty Little Liars,’ was published in 2006. It was initially developed as a television series by Alloy Entertainment, and Shepard was offered a chance to turn the idea into a book. The author has penned 16 books (and two companion novels), forming the series canon.

In an interview, Shepard opened up about the conceptualization of the books. She stated she always wanted to write a mystery story that dealt with the theme of stalking. At the time Shepard was working on the first book’s story, texting and social media were new concepts that she wished to incorporate into her narrative. As a result, she created the malevolent stalker “A,” who torments the protagonists. Therefore, viewers can breathe a sigh of relief as the franchise’s infamous antagonist is not based on a real person and is primarily a fictional entity.

However, Shepard also revealed that her real-life experiences inspired some story elements. The author stated that while growing up, she had a neighbor who had been kidnapped as a teenager. Likewise, when Shepard moved to Philadelphia, Pennsylvania, she met a friend who had also been abducted. Hence, the author grew fascinated with the idea of a story about the aftermath of a kidnapping. Thus, the Little Liars dealing with the disappearance of Alison DiLaurentis forms the premise of the books.

The television adaptation loosely follows the same storyline as the books, with some major deviations. The spin-off show ‘Ravenswood’ and the web series ‘Pretty Dirty Secrets’ are not based on Shepard’s books and follow an entirely fictional narrative. However, they feature the characters created by Shepard.

The third television series in the franchise, titled ‘Pretty Little Liars: The Perfectionists,’ is based on Shepard’s ‘The Perfectionist’ series of books. It is also a fictional story not directly inspired by any real events. The fourth installment, titled ‘Pretty Little Liars: Original Sin,’ is not based on any of Shepard’s works and features new and original characters. The series is developed by Roberto Aguirre-Sacasa (‘Riverdale‘) and Lindsay Calhoon Bring. It tells a fictional story set in the same continuity as the original series and its spin-offs.

Ultimately, ‘Pretty Little Liars’ is a franchise of teen dramas with mystery elements that are not based on any real events. The idea for the original show stems from author Sara Shepard’s books which have some semblance of reality through their emotionally vulnerable and relatable characters. However, the shows follow a more melodramatic approach that firmly establishes them in the realm of fiction.