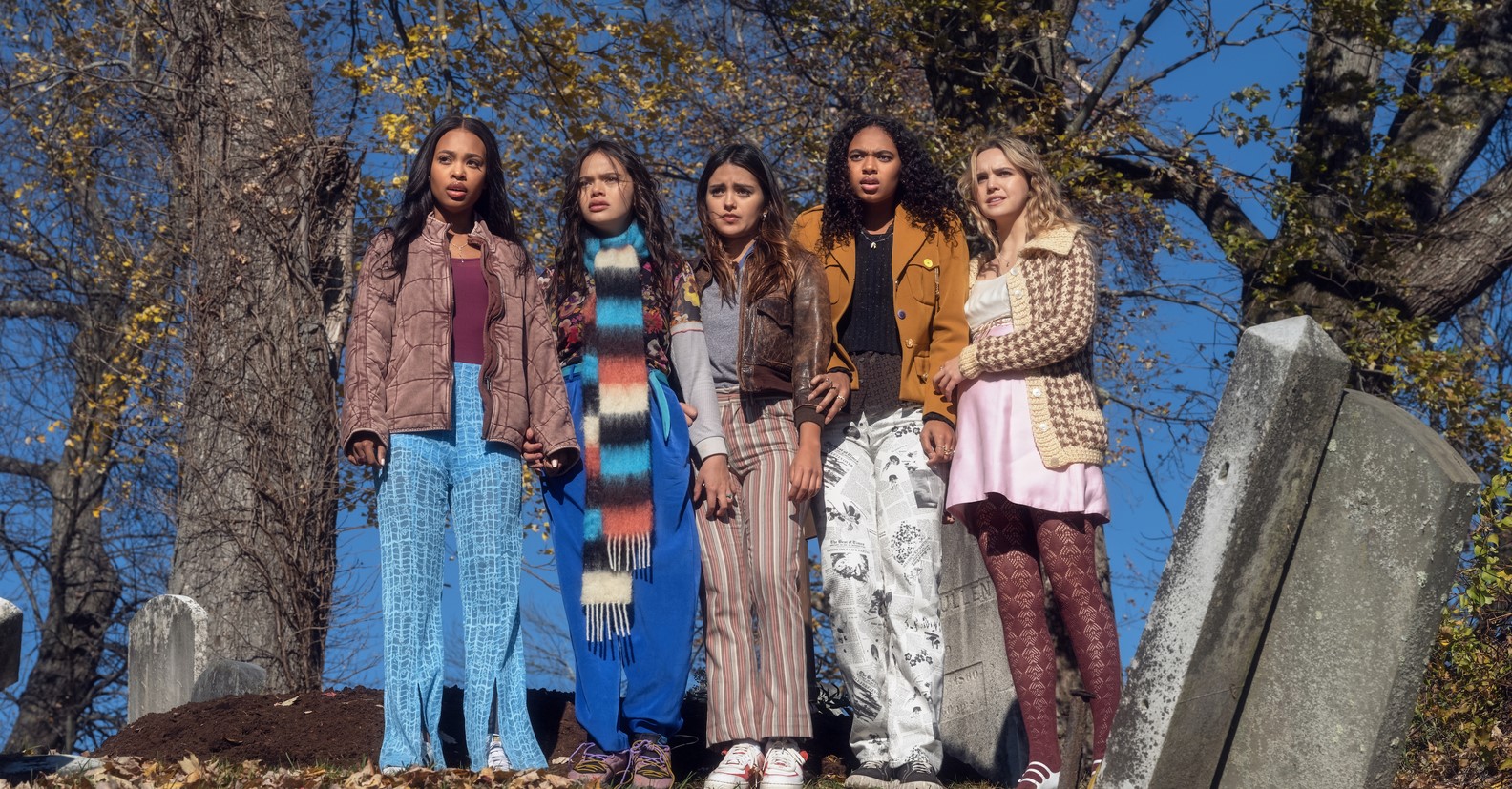 The ‘Pretty Little Liars’ spin-off stars a talented ensemble cast, including Chandler Kinney, Maia Reficco, Bailee Madison, Zaria, and Malia Pyles, making it an enthralling watch. Moreover, the relatively darker undertone against some frightening and interesting backdrops keeps you on the edge of your seats and curious simultaneously. So, if you wish to learn all about the production locations of ‘Pretty Little Liars: Original Sin,’ allow us to fill you in on the details!

‘Pretty Little Liars: Original Sin’ is filmed entirely in New York, specifically in Ulster County, Hudson, Catskill, and Schenectady. The original plan was to shoot the first season from mid to late 2021, but the principal photography for the inaugural iteration commenced in August 2021 and wrapped up in early May 2022. Although the story is set in Millwood, Pennsylvania, the production team does a great job doubling New York for the town with a tragic history in the show. Now, let’s navigate all the specific locations that appear in the mystery thriller series!

Several pivotal portions of ‘Pretty Little Liars: Original Sin’ are lensed in Ulster County, which lies along the Hudson River in the State of New York. For taping many interior scenes of season 1, the production team set up camp in the town of Saugerties, where they utilized the facilities of Upriver Studios at 1 Tomsons Road Suite 800. This large-scale and women-owned studio consists of large soundstages with contagious support and shop space, which is enough to meet the requirements of all kinds of filming projects.

During the production schedule, the cast and crew members were later spotted in Uptown and Downtown Kingston, shooting some pivotal sequences for the debut season. Rough Draft Bar & Books at 82 John Street in Kingston was used to lens a few scenes as well. Other than that, Sterling Street in Kingston and Phoenicia, a hamlet of Shandaken, served as a prominent filming site for the show’s inaugural iteration.

For taping important outdoor scenes for season 1, the ‘Pretty Little Liars: Original Sin’ team based themselves in Hudson, a city and county seat of Columbia County. To be specific, Prison Alley off Fourth Street and North Third Street in Strawberry Alley are a couple of locations where the cast and crew of the series recorded some sequences.

Additional exterior shots for the debut season were lensed in different locations across Catskill, a town in the southeastern section of Greene County. The production team of the slasher drama series set up camp in Thompson Street Cemetery at 79 Thompson Street to tape the final portions of the inaugural round. Moreover, it seems that they utilized a few houses on the residential Cedar Street as well as the locales of Main Street for some key sequences.

The production team even traveled to Schenectady, a city and the county seat of Schenectady County, to record a few essential scenes for the show’s first season. In February 2022, the cast and crew were spotted lensing several sequences, including a carnival-themed shot filled with balloons, food, toys, and cotton candy, in and around The Schenectady Armory Center at 125 Washington Avenue for a few weeks.