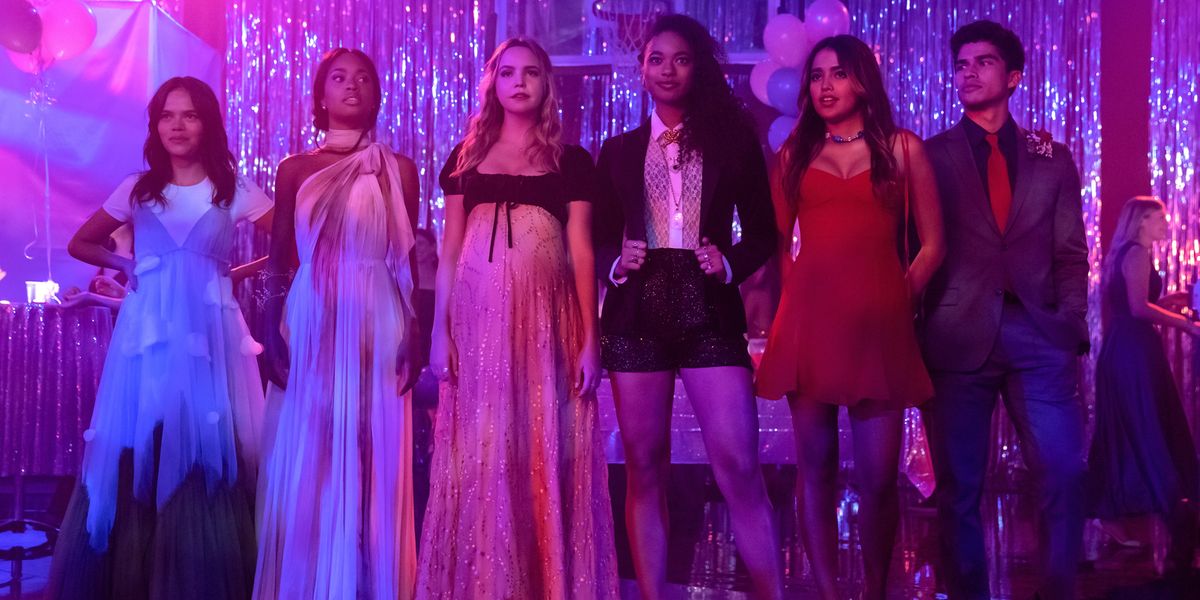 ‘Pretty Little Liars: Original Sin’ is a teen drama series developed for television by Roberto Aguirre-Sacasa (‘Riverdale‘) and Lindsay Calhoon Bring. It follows Imogen, Tabby, Noa, Faran, and Mouse, a group of high school students who find themselves on the radar of the mysterious stalker named “A.” The series mixes elements of slasher horror and murder mystery with teen drama to craft a compelling narrative.

The enthralling and suspense-filled story will keep viewers on the edge of their seats. The title and the presence of the enigmatic “A” will remind viewers of the uber-popular drama ‘Pretty Little Liars.’ If you are looking for answers about the connection between the two shows, here is a definitive answer to your queries! SPOILERS AHEAD!

‘Pretty Little Liars‘ premiered in 2010 and comprises seven seasons. The series is based on author Sara Shepard’s book series of the same name and developed for television by I. Marlene King. It follows Spencer, Aria, Hanna, and Emily, who receive threatening notes and texts after the disappearance of their clique leader Alison DiLaurentis. Soon, the girls learn that the mysterious figure known as “A” is behind their plights. Subsequent seasons revolve around the girls saving themselves from dangerous situations while uncovering the identity of A.

The original series has spawned a successful franchise with two spin-off shows and a web series. The spin-offs titled ‘Ravenswood’ and ‘Pretty Little Liars: The Perfectionists’ are set in the same continuity as the parent series and even feature appearances from popular characters from ‘Pretty Little Liars.’ Hence, the shows are spin-offs in the truest sense of the word.

However, the fourth installment in the long-running franchise, ‘Pretty Little Liars: Original Sin’ diverts from the formula of the previous spin-offs. Firstly, the series is an original creation and not directly based on Sara Shepard’s book series. Secondly, it is set in the town of Millwood, a new setting not previously introduced in the franchise. Moreover, it features original characters, and the narrative does not tie into the original show. Hence, the series is pretty stand-alone and a loose spin-off of ‘Pretty Little Liars.’

However, the series captures the essence of Shepard’s works and even features a new iteration of the villainous A. The makers have confirmed that ‘Pretty Little Liars: Original Sin’ takes place in the same continuity as the original series. Moreover, the possibility of the cast members from the original show reprising their roles hasn’t been ruled out. If such appearances do materialize, the series could become a true successor to ‘Pretty Little Liars,’ which went off the air in 2017.

Ultimately, ‘Pretty Little Liars: Original Sin’ is neither a sequel nor a prequel to ‘Pretty Little Liars.’ It captures the nostalgia and aesthetic of the original series and Sara Shepard’s book series. The narrative starts with a clean slate but leaves the door open to connect the story with the greater Pretty Little Liars’ universe. Hence, the series is a spin-off with the potential to serve as a sequel.