Is Primal on Netflix, HBO Max, Hulu, or Prime? 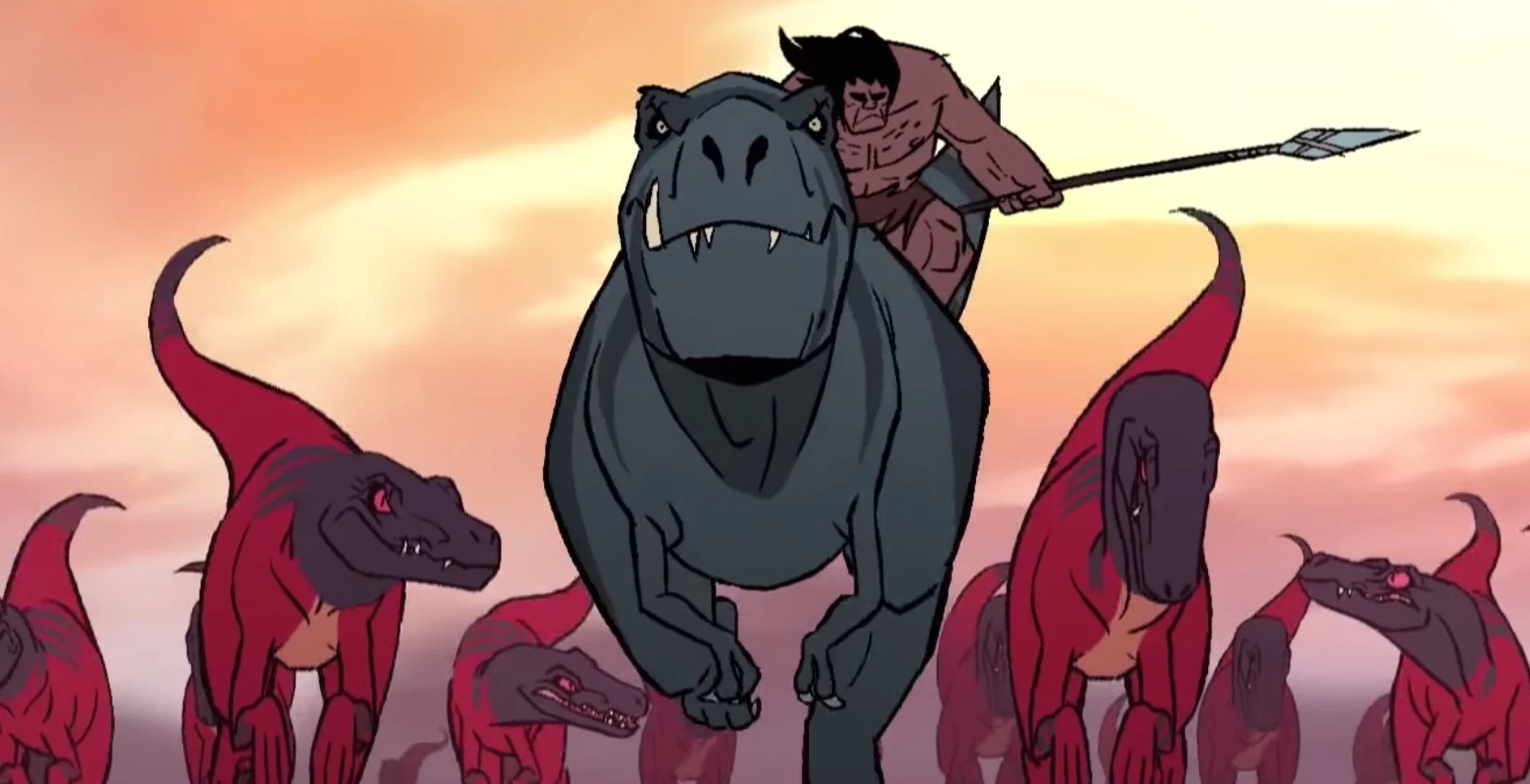 ‘Primal’ or ‘Genndy Tartakovsky’s Primal’ is an adult animated action-adventure series that highlights the bond between a caveman and a dinosaur who work together to hunt, kill, and survive in a dangerous prehistoric world. Created and directed by Genndy Tartakovsky for Adult Swim, the animated series consists of only two protagonists — a caveman and a dinosaur — which explains why there is the need for just a single voice actor, Aaron LaPlante. ‘Primal’ isn’t just restricted to a specific genre as it also involves elements of horror, violence, fantasy, and adventure. In case you are looking forward to knowing more about the series and the ways you can watch it, we have got you covered!

What is Primal About?

Set in a prehistoric world where Neanderthals and dinosaurs coexist, ‘Primal’ revolves around the adventures of a caveman named Spear and a Tyrannosaurus named Fang. As both the species are on the brink of extinction, Spear and Fang start bonding over unfortunate tragedies and work together as they come across different kinds of creatures in a treacherous world. Do you want to see how they help each other survive and if they make it or not? Well, for that, you will need to watch ‘Primal’ yourself, and here are all the ways you can do so!

Is Primal on Netflix?

Netflix subscribers might be disappointed as ‘Primal’ is unavailable for streaming on the platform. However, the streaming platform houses plenty of other alternatives that you may enjoy, such as ‘Jurassic World Camp Cretaceous‘ and ‘The Dragon Prince.’

Is Primal on Hulu?

No, ‘Primal’ is not accessible on Hulu. But that should not stop you from checking out similar animated series that the streamer has available in its catalog. We recommend you watch ‘ThunderCats‘ and ‘Dragons: The Nine Realms.’

Is Primal on Amazon Prime Video?

Although ‘Primal’ is not available on Amazon Prime Video’s regular offerings, you have the option to buy or rent the adult animated series on the streaming giant. You can get some more details about the same right here! In the meanwhile, there are other alternatives that you can watch using your regular subscription, such as ‘The Legend of Vox Machina.’

Is Primal on HBO Max?

We bring good news for HBO Max subscribers! ‘Primal’ is available on HBO Max, and you can start watching the series by heading here!

Is Primal on Disney+?

Unfortunately, ‘Primal’ is not included in Disney+’s expansive collection of movies and TV shows. Alternatively, you can check out some other animated shows on the platform, such as ‘Gigantosaurus‘ and ‘Dino Ranch.’

Where to Watch Primal Online?

Apart from HBO Max, you can also watch ‘Primal’ on Adult Swim’s official website. Moreover, the animated series is available for streaming on DirecTV, Xfinity, Sling TV, and YouTubeTV. Other than that, you also have the option to purchase it on Vudu, Spectrum on Demand, iTunes, Google Play, and Microsoft Store.

How to Stream Primal For Free?

Fortunately, YouTubeTV offers a 7-day free trial to its new subscribers while DirecTV allows free access to its content for the first 5 days to its new users. Furthermore, Xfinity provides a month-long free trial to its new users. Thus, you can take advantage of any of these offers and stream ‘Primal’ for free. Having said that, we always encourage our readers to refrain from using unethical means to watch their favorite content and instead pay for the relevant subscriptions for doing the same.