Is Psych 3 on Netflix, Hulu, Prime, or HBO Max? 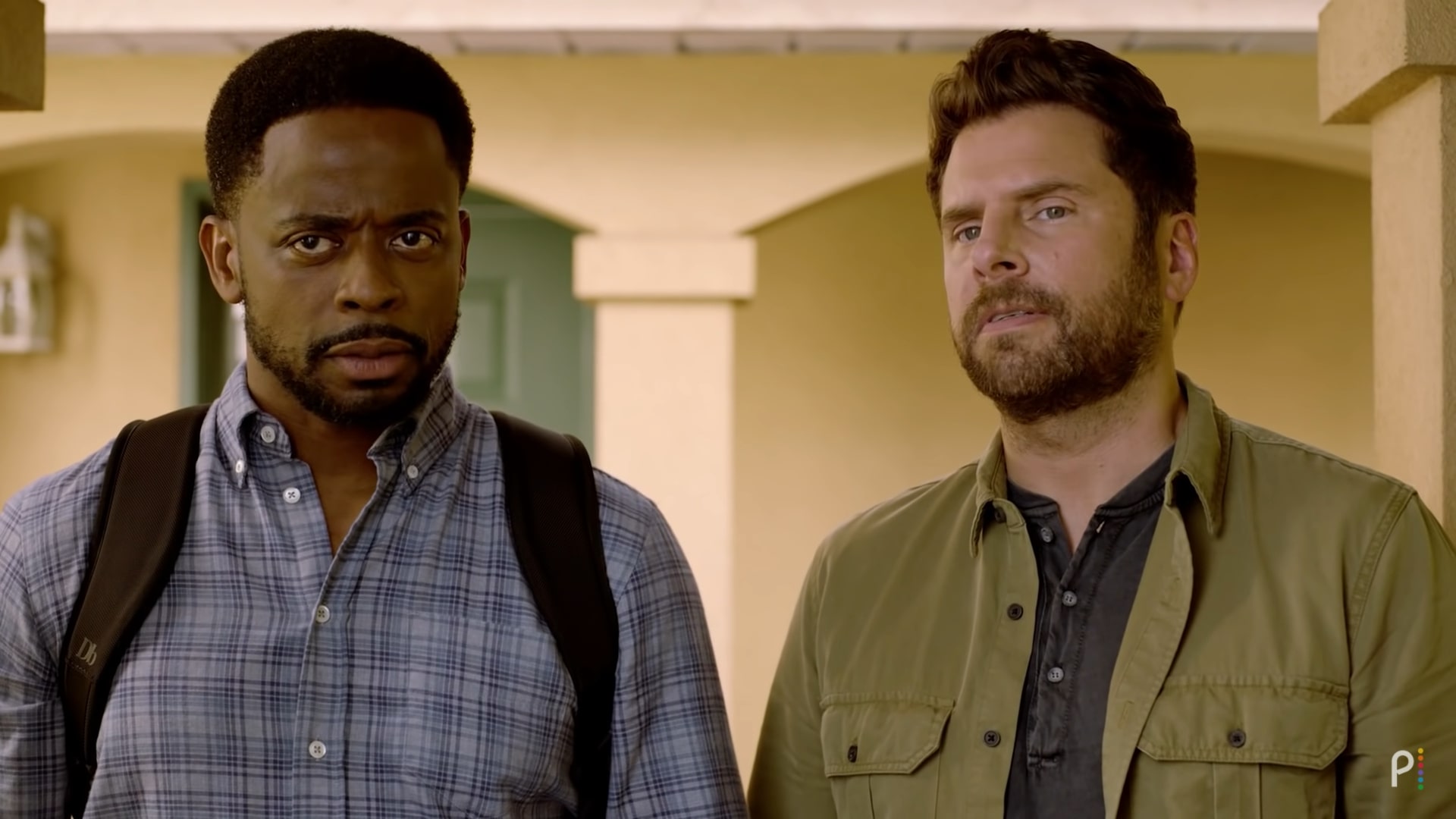 Featuring stand-out performances by James Roday Rodriguez, Dulé Hill, Timothy Omundson, Jazmyn Simon, Corbin Bernsen, and Maggie Lawson, ‘Psych 3: This Is Gus’ is a comedy film directed and co-written by Steve Franks. The movie centers upon Gus’ attempts to uncover the mysterious past of Selena before they get married. With anxieties of fatherhood primarily driving his decisions, he suddenly finds himself on a hilarious journey around the city that leads him to unexpected revelations. If you are intrigued by the film’s plot and wish to learn more about it, then we have got you covered!

What is Psych 3: This Is Gus About?

As Gus is about to become a father, he desperately wants to get married and settle down with Selena as soon as possible. The birth of his child is going to be life-changing for him, but before Gus embraces parenthood, he wants to give his child the stability of a two-parent household. Unfortunately, before he can exchange his wedding vows with Selena, he realizes that she still has to sign the divorce papers to end her previous marriage, which she refuses to do.

Shocked by Selena’s puzzling behavior, Gus, accompanied by his friend Shawn, decides to investigate her past as she appears to be hiding a lot of secrets. As the duo ventures out on their misadventures around the city looking for answers, their hilarious confrontation with strangers and acquaintances keeps one hooked to the end. Curious to learn where you can watch the film? Here’s all the information you need.

Is Psych 3: This Is Gus on Netflix?

Netflix subscribers will have to look for ‘Psych 3: This Is Gus’ on other platforms since it is currently not available on the streaming giant. However, subscribers can watch other movies on Netflix like ‘Murder Mystery‘ or ‘Bon Cop, Bad Cop.’

Sadly, the comedy film is not available on Hulu. But we recommend subscribers looking for somewhat similar movies stream ‘Breakup at a Wedding‘ or ‘35 and Ticking.’

Is Psych 3: This Is Gus on Amazon Prime Video?

Amazon Prime Video’s regular offering does not include ‘Psych 3: This Is Gus,’ and the movie is also not accessible on-demand. But Prime subscribers can alternatively watch ‘It’s Complicated.’

No, James Roday Rodriguez and Dulé Hill-starrer is not available on HBO Max. However, viewers looking for comedy movies may like watching ‘Desperately Seeking Susan‘ or ‘Brown Sugar.’

Where to Watch Psych 3: This Is Gus Online?

‘Psych 3: This Is Gus’ is a Peacock Original movie. People who have a subscription to the platform can watch the comedy film here. Since the Steve Franks directorial is exclusively available on the streamer, it is not even accessible on VOD platforms for rent or purchase.

How to Stream Psych 3: This Is Gus for Free?

Peacock comes with a 7-day free trial for first-time subscribers. So, if you plan on watching the movie free of charge, then you can use the aforementioned offer. However, we encourage our readers to refrain from using illegal means and watch their favorite films online only after paying for them.

Read More: Where Was Psych 3: This Is Gus Filmed?