Who is Quad Webb’s Ex-Husband? Does She Have Kids? 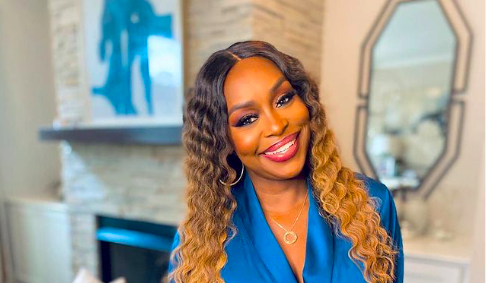 Quad Webb is a popular reality TV personality who stars on the Bravo series ‘Married to Medicine’ and co-hosts daytime talk show ‘Sister Circle.’ Born in 1980 in Tennessee, the actor and producer is best known for ‘My First Love,’ ‘Battle Ready.’ Webb has also written a cookbook entitled ‘Cooking with Miss Quad: Live, Laugh, Love and Eat.’ The 40-year-old spends a big part of her life under public scrutiny, and her love life is an open book with new pages being added to it every day. If you wish to know about the latest developments, we have got you covered!

Quad Webb married psychiatrist Dr. Gregory Lunceford in 2012, and the newlyweds joined the cast of ‘Married to Medicine’ in the following year. But their relationship was riddled with conflicts since the beginning. Webb wanted to establish herself as an independent career woman before starting a family. However, her husband allegedly prioritized having kids and wanted his wife to be content in a domestic role alone. He began exerting more pressure once her couture puppy clothing line started doing well, bringing her more fame.

Quad reportedly opted for birth control to prevent unwanted pregnancy while promising Greg that she would reconsider her decision in a year. But the contention between the couple never dissipated, and each accused the other of lacking investment in the relationship. Webb later said, “I wasn’t going to be selfish and do what society says we need to do to have the ‘perfect family’ if things were not right with us,” to explain her reasons for not having a child in a tumultuous marriage.

After a turbulent season 5 on the show and an emotional reunion, which revealed Gregory’s possible infidelity, Webb filed for divorce to end her six-year-old marriage in May 2018. Despite these issues, Quad and her then soon-to-be ex-husband amicably departed from the season 6 reunion, wishing each other well. Webb also said that she still loved him. The court finalized their divorce on October 4, 2019.

Is Quad Webb Dating Anyone?

In November 2019, Quad Webb told The Daily Dish that she was feeling young, single, and free post-divorce. “I’m enjoying being single. It was tough for me earlier on…But (post the divorce) life is really good,” she said. As for dating, she said, “It’s been fun…Very interesting. Meeting new people, it’s great.” A month later, she reiterated to host Andy Cohen on his talk show ‘Watch What Happens Live With Andy Cohen’ that she was dating but did not reveal any particular names.

In an episode of season 7 of ‘Married to Medicine’, Dr. Heavenly jokingly insinuated that Quad would like to marry Rapper Common, who was dating political strategist Angela Rye at the time. The incident later led to rumors which Quad quickly shut off while expressing displeasure at her co-star’s carelessness. Dr. Heavenly immediately apologized for the distasteful joke. As of 2021, Quad Webb appears to be loving her single life.

Quad Webb always wanted to be a mother, provided it happened under the right circumstances. In February 2020, she told Rolling Out that she was planning to freeze her eggs and giving herself the option of having kids in the future. The same year, she also underwent surgery to get her fibroids removed. In May 2020, Quad announced on an Instagram Live chat with DELUX Magazine that she and her mother were elated to welcome a new baby in their lives. 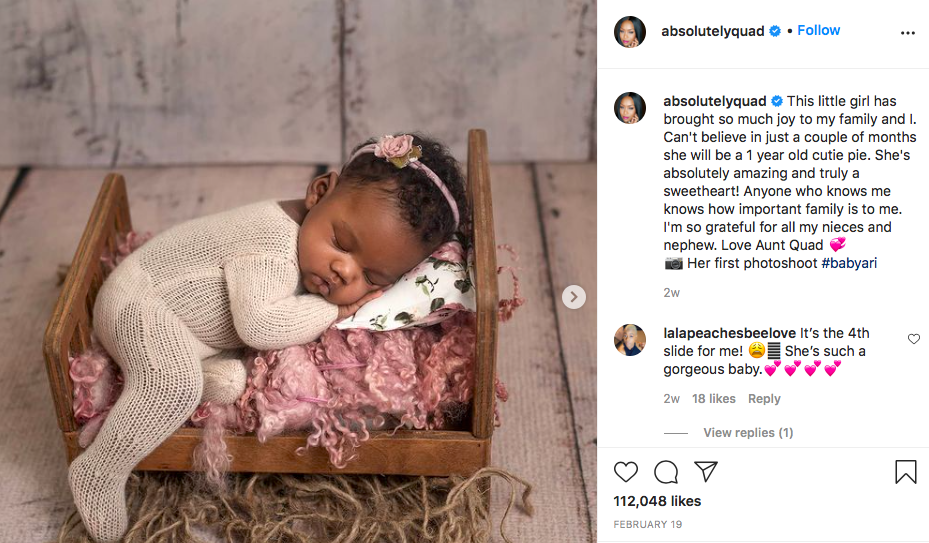 The reality star later clarified to The Daily Dish that she had not “adopted” little Ariana (who is fondly called “Ari”) upon her birth on April 8. Although Webb and her mom share custody of the baby girl who “has her mother,” they are part of the “village” that collectively hopes to support her. Ariana will soon be a year old.