Is R Kelly Still In Jail?

R Kelly used to be a legend in R&B music and hip hop, even redefining the genres with some of his hits like “I Believe I Can Fly” and “Trapped in the Closet.” However, the misdeeds in his personal life soon caught up with him. While being a respected performer, R Kelly has been accused of being sexually abusive to multiple girls. In fact, he faces a litany of charges, including ten counts of aggravated criminal sexual abuse. Kelly’s accused of sexually abusing four women from 1998 to 2010. Of them, three were between 13 and 16 years of age. He has also been charged with 11 more counts of aggravated criminal assault of a minor in Chicago.

Kelly’s list of troubles is far from over because he also faces a 13-count federal indictment on charges of enticement of a minor, obstruction of justice, and child pornography charges in Chicago. In Brooklyn, he faces racketeering charges, and violation of the Mann Act, which is a law against human trafficking. A bribery charge has been added to his racketeering indictment in December 2019, when investigators unearthed that Kelly had bribed an Illinois government official to give Aaliyah, whom he married when she was underage, a fake id.

In New York, Kelly has been accused of coercing three girls to perform illicit sexual acts, besides kidnapping a fourth victim. He has also been charged with coercing a fifth woman to perform sexual acts that allegedly exposed her to disease. Kelly’s staring down a gamut of charges, and if he’s found guilty, he could spend his life in prison. However, his trials have not started yet, so you might be wondering if R Kelly is still in jail. 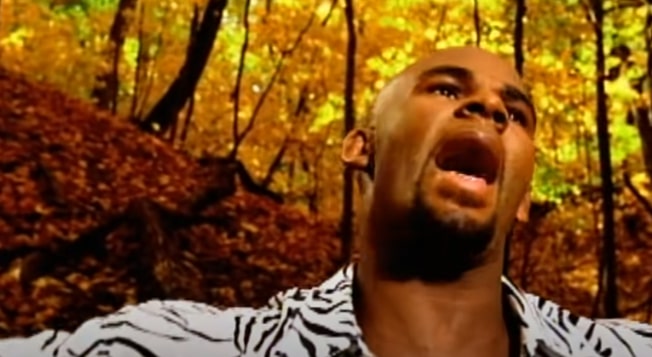 For starters, let us clarify that R Kelly is currently being held at the Metropolitan Correctional Center in Chicago. His lawyers did try to get Kelly out on bail by filing a motion in Brooklyn. The team stated that the disgraced music star could not flee from the country due to a lack of funds and a passport. They also said that Kelly’s visitation rights were problematic because only one of his lady friends could visit him while he lived with two. Moreover, no other unrelated person could visit the star.

However, the judge dismissed the bail appeal, stating that Kelly’s finances are murky at best. Under home detention, he could intimidate witnesses, something the singer has a history of doing. Ever since the coronavirus pandemic, Kelly has appealed to be released three times. He’s been turned down in each instance.

In the latest appeal, in May 2020, Kelly’s lawyers stated that he is ‘likely diabetic’ and has a higher chance of contracting Covid-19 or a severe illness. However, the judge ruled that prediabetes is not a compelling enough reason for the defendant’s release. Moreover, Kelly is considered a flight risk, and someone who has a history of paying and intimidating witnesses into silence.

In May, Kelly also pled not guilty to charges in Brooklyn that allege Kelly knowingly exposed two women to herpes. As Kelly’s case stands now, he is awaiting trials, whose schedules have all gone haywire due to the coronavirus pandemic. His trial in Brooklyn has been shifted to September 2020, while his Chicago federal trial has been postponed to October 2020.