Is Rashmi Rocket on OTT, Netflix, Prime, Hotstar? Where to Watch it Online? 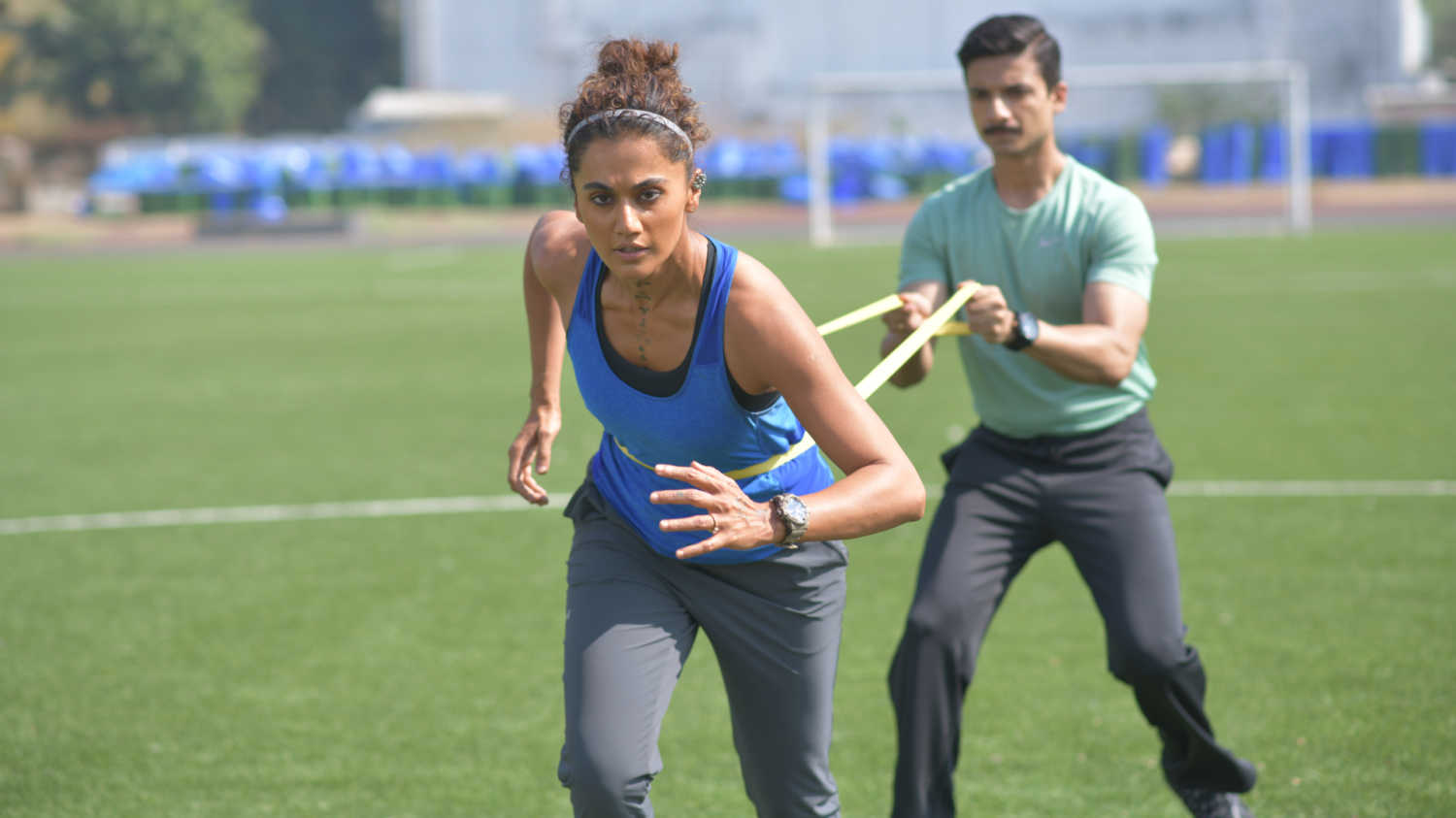 ‘Rashmi Rocket’ is a Hindi-language sports drama film featuring Taapsee Pannu as the titular Rashmi, who beats all odds to become an athlete. Directed by Akarsh Khurana, the film also stars some of the best talents in Indian cinema, such as Supriya Pathak, Priyanshu Painyuli, Abhishek Banerjee, Shweta Tripathi, Manoj Joshi, and Mantra. The film has received a mixed response from critics but touches upon a sensitive issue regarding female athletes. If you want to know more about the film and how you can watch it, you are in the right place! So, let us share with you everything we know!

What is Rashmi Rocket About?

‘Rashmi Rocket’ follows Rashmi Vira, a tour guide and a talented athlete. However, she gives up running after the death of her father in the 2001 earthquake. After she saves a soldier from stepping on a landmine, it comes to light that she still has what it takes to be an accomplished athlete— she has speed and endurance. After being nudged by her friends and loved ones, Rashmi returns to the track.

Unfortunately, Rashmi’s unbelievable talent also gives rise to rumors that she is actually a man. It is not long before the rumor spreads far and wide, and she is severely bullied. When Rashmi signs up to compete in the Asian Games, she is put through the humiliation of undergoing several tests to determine if the rumors are indeed true. The film puts the spotlight on something that several Indian female athletes have faced, that is, their sports career ending as a result of sex verification. Now, if you are wondering where you can watch the movie, here is all that we have found.

Is Rashmi Rocket on Netflix?

‘Rashmi Rocket’ is not available on Netflix. However, the streamer has an array of sports dramas that you may enjoy. One such movie is ‘Skater Girl.’ The film follows a teenage girl from rural India who discovers a passion for skateboarding and even goes on to compete professionally despite the challenges she faces.

The sports drama is not a part of Amazon Prime Video’s list of offerings. However, the streaming platform has other inspiring films related to sports that may interest you. We recommend ‘The Perfect Game’ and ‘The 5th Quarter.’

Is Rashmi Rocket on Hulu?

‘Rashmi Rocket’ is not available on Hulu, but if you are interested in watching sports-related films ‘A 2nd Chance’ and the iconic film ‘Cinderella Man’ may be to your liking.

Where to Watch Rashmi Rocket Online?

‘Rashmi Rocket’ is a ZEE5 original film that premiered on October 15, 2021. Therefore, it is exclusively available on the streaming service, which is available in more than 190 countries, including the USA. So, all you need to do is subscribe, and then you can watch the movie here.

How to Stream Rashmi Rocket for Free?

Since ‘Rashmi Rocket’ is available on ZEE5, it is also your only option to watch the sports movie free of cost. The streamer offers a free trial on the premium subscription periodically, and that too only in select regions. Fortunately, this means that viewers in India and the USA can avail these offers. Currently, the streaming platform is offering a 15-day free trial in the month of October 2021. We encourage viewers to refrain from using any illegal means to watch their favorite films online, since paying for the content you wish to consume is always a viable option.