Is Rebelde Based on a True Story? 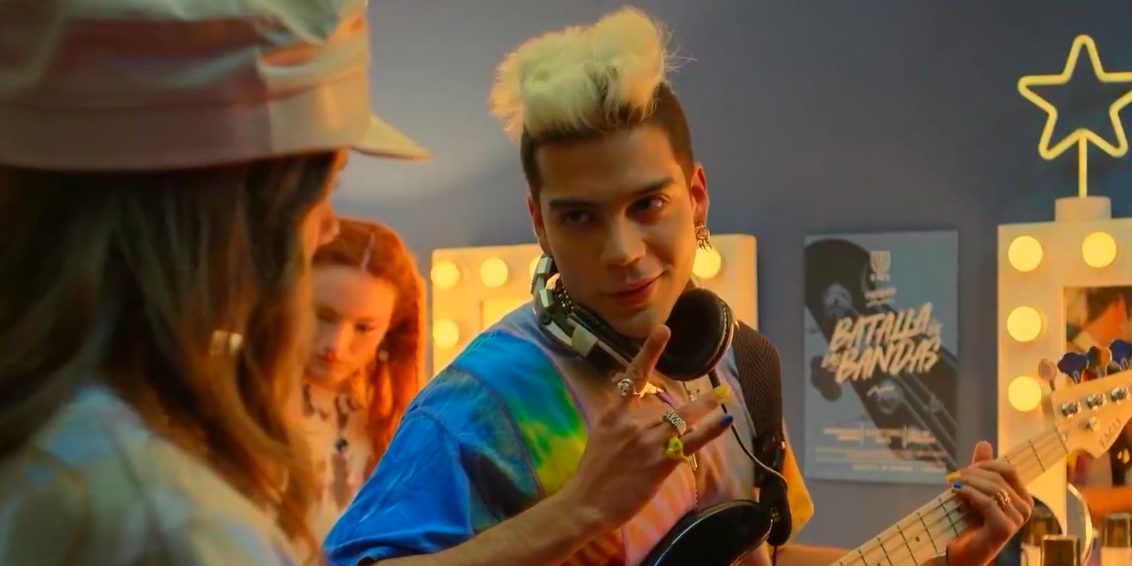 The reboot of Mexican teen drama telenovela ‘Rebelde’ is all about revelry and rebellion. A slew of talented writers with José Miguel Núñez in the lead brought the story to life. The series revolves around high-school fresher MJ, who teams up with Andi, Luka, Esteban, Dixon, and Jana, to put together a band. Apparently, no first-year student at the prestigious Elite Way School has won the band contest, but there is always a first time.

While vying for the title, the team meddles with sinister seniors who have a penchant for bullying. The series entices Gen Z viewers, as it resonates with their crises and concerns. However, you may wonder how much of the story is borrowed from realistic grounds. If the question of the story’s credibility bugs you, allow us to take you down the rabbit hole.

Is Rebelde Based on A True Story?

No, ‘Rebelde’ is not based on a true story. But some cultural artifacts become so popular that they come to define culture as such. The Netflix show is a sequel to the vastly popular Mexican series of the same name created by Pedro Damián as well as its predecessor, ‘Rebelde Way,’ although Netflix touts it as a reboot. Several cast members from the original series also took up various roles in the sequel. The previous series aired on Canal de las Estrellas from 2004 to 2006, creating a fan base in South America and globally.

And it impacted the culture not only visually, but by introducing a new brand of music and a new cosmopolitan fashion sense. After its release, the telenovela had practically given birth to the bilingual bop band RBD. If you are yet scratching your forehead, the band has released nine studio albums in a span of five years till 2009. Their first album, ‘Rebelde,’ topped the chart in Spain for five weeks and sold over 240,000 copies.

However, the journey of the Elite Way school commenced in 2002, with the Argentinian soap opera ‘Rebelde Way,’ created by Cris Morena and written by Patricia Maldonado. After her children’s drama ‘Chiquititas’ saw some success, Cris Morena gathered the stars once again after seven years to create ’Rebelde Way.’ Luisana Lopilato, Benjamín Rojas, Felipe Colombo, and Camila Bordonada take up the roles of Mía, Pablo, Manuel, and Marizza, four high-school students at the Elite Way who come from diverse backgrounds.

But their bonding over a school trip results in the band Erreway. The series was aimed at mostly the teenage demography, who devoured the series. The Netflix show claims to up the ante with inclusive language and themes that the earlier installation overlooked. However, it all boils down to the music – which made ‘Rebelde Way’ a success. ‘Chiquititas’ was a musical, and the stars sang themselves in both the shows. Thus, the fictional band Erreway hit the road off-screen. The band toured most of Latin America and even Israel and Eastern Europe in such a short existence span.

Although fictional, ‘Rebelde’ is a cultural force you should be reckoned with. However, you may have guessed that the format from on-screen to off-screen stardom was first launched by Disney Channel with shows like ‘Lizzie Mcguire.’ But understandably, ‘Rebelde’ is one of those cases where a cultural landmark dictates reality. By progressing the story, the show is tapping into a nostalgia embedded deep within the Latinx community.