Is Roh a True Story? 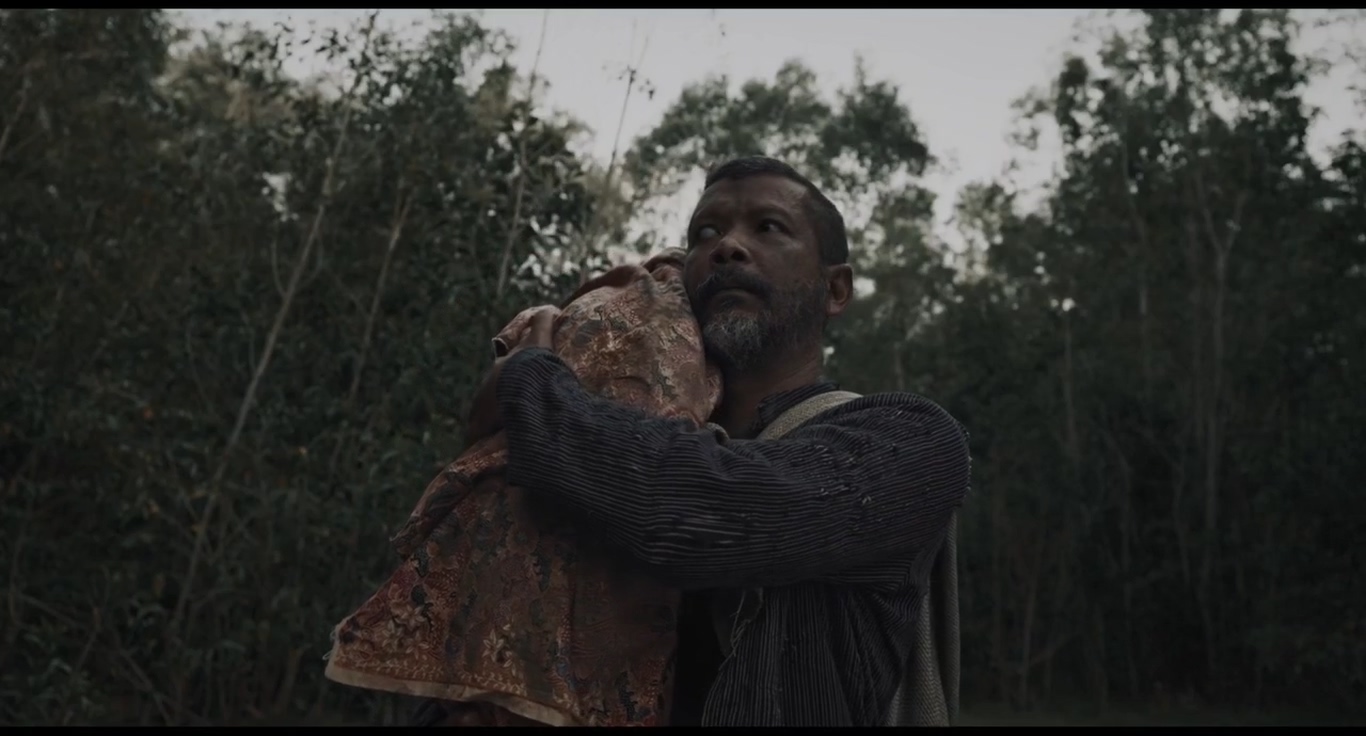 Emir Ezwan’s debut feature film ‘Roh’ (alternatively called ‘Soul’) is an equally dreadful and dreamy exploration of a world inhabited by spirits and humans side by side. Set in a dark and damning forest, and lit mostly by fire to create a chiaroscuro effect, the independent home invasion horror film gives a feeling of timelessness. The jungle belongs to the bygone times, inhabited by benign and malevolent spirits. The spine-chilling story revolves around a family that resides in the middle of the jungle. After being visited by the specter of a little girl, the family is made to face a series of sinister supernatural events.

In the depth of the bamboo forest, spirits often do not show their true face, and the cryptic ending urges the viewers to construct their own meaning. As the diabolical tale comes to an end, the audience is engrossed in the story as if in a state of trance. As the trance withers, however, you may question the origins of the narrative and how much of it is based on traditional folk beliefs. If you seek to know whether the story is tethered to reality, let us take you back in time. There may be spoilers, so tread with caution.

Is Roh Based On A True Story?

No, ‘Roh’ is not based on a true story. If you are asking whether ghosts and spirits are real, it is a contested region the living are seldom not allowed to comment upon. But the folk beliefs are tethered to the land, and much of the film is based on Malay folk beliefs. The story of the film is penned by Emir Ezwan along with Nazri M. Annuar and Amir Hafizi. The inspirations behind this minimalist film are varied, but ultimately the tale is put together from diverse beliefs in the Malay culture. To comprehend the sources of inspiration behind the film, we need to understand that the Malaysian peninsula is noted for its cultural and ethnic diversity, and the film is an acute reflection of the motley culture of the region. 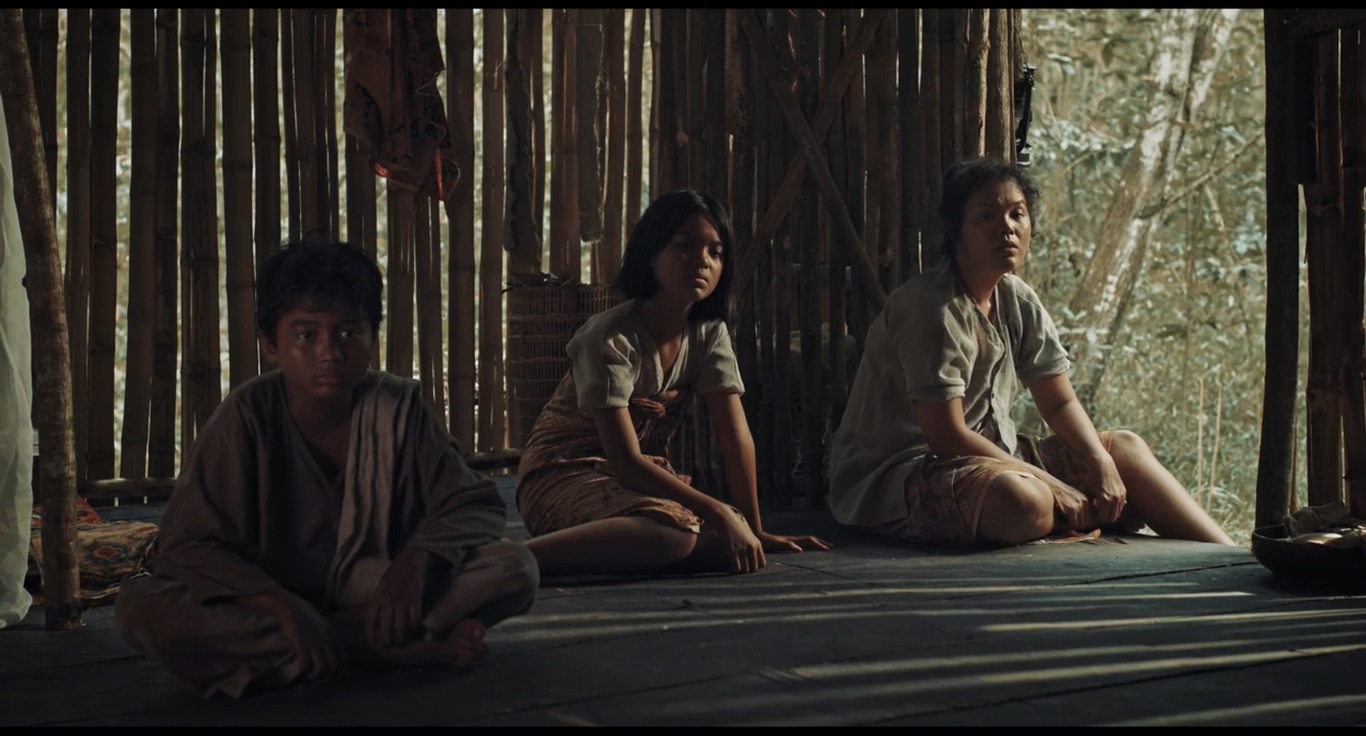 When asked about the inspirations behind the story by Asian Movie Pulse, the director explained, “The specter huntsman legend dates back to ancient Perak where it tells the cursed tale of a man condemned to hunt the forest, while the fable of Iblis/Devil is a significant story that we are already familiar with. For ‘ROH,’ I was inspired to explore the devil as a figure of speculation towards men through ambiguous identifications; for instance, Iblis is created from fire while men from soil. Also, the tale of the specter huntsman’s inevitable and inherited fate, cursed to roam the forest, is somewhat parallel with the downfall of Iblis/Devil, cursed and bound to this earth to lead men astray.”

The “specter huntsman” or “Hantu Pemburu” (literally translating to “ghost hunter,” as in the tale told by Mak) with ghastly dogs is indeed a mythical creature found in Malay folk culture. But the director’s articulation of the dichotomy between the Iblis and the specter huntsman is gendered, and the gendering of the narrative imbues it with a certain allegorical meaning beyond the immediate meaning of the film. However, although told in binaries, the allegorical aspect does not overpower the storytelling. The story remains ambiguous till the very last moments.

In doing so, the film urges the audience to make their own interpretations. However, it seems that the directorial lens is guided by the ghost tales of the locals of the peninsula while it keeps a semblance to realism. For instance, the ghosts that inhabit the film other than the “specter huntsman” and the “Iblis” are all the children. The local folktales are replete with birth spirits because, in the past, diseases and adverse living conditions claimed the lives of many toddlers in the region. “Ghost” ultimately seems to be a larger allegory for the past. 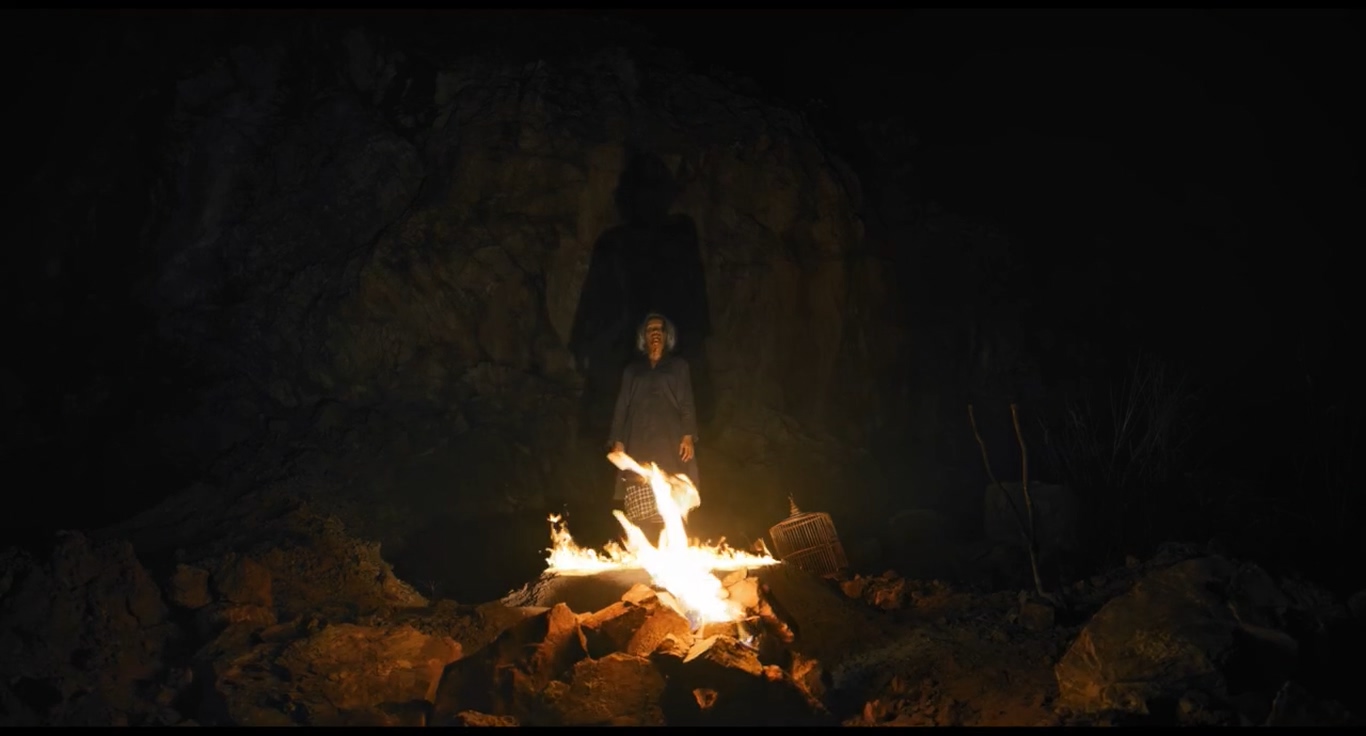 While the predominant population in the Malaysian peninsula follows Islam, Animism is also a religion practiced among the indigenous populace, and the film attempts to juxtapose beliefs from both faiths. Animism refers to the belief that everything in nature has a distinct spirit or energy, and thus nature assumes a character in the story. The forest is depicted as if animate, taking the viewer on a journey through the shadows to the final exposition near the hills. On the other hand, Iblis, the spirit of a fallen angel, is a mythical entity found in the pages of the Qur’an, as is quoted at the beginning of the story. Although resembling Lucifer from Christianity, Iblis is different because it does not denounce God altogether. There is no clear-cut boundary of good and evil in Iblis, only a tumultuous co-existence.

And yet then, Iblis is given a shamanic makeover, and shamans (called “bomoh” in Malay) and their ritualistic practices are prevalent among the indigenous people all over the world to this day. Also, according to local myths, ghosts apparently are more likely to visit during the full moon night. Do you remember the prophecy made by the mysterious girl in the film? She tells that the family will be killed by the full moon. According to local myth, shamans can also have the spirits at their command and direct the spirits to commit ghastly acts, much like the ending of the film reveals. All things considered, although the story is clearly a figment of imagination, it has its roots deeply spread within Malay ethnic culture.