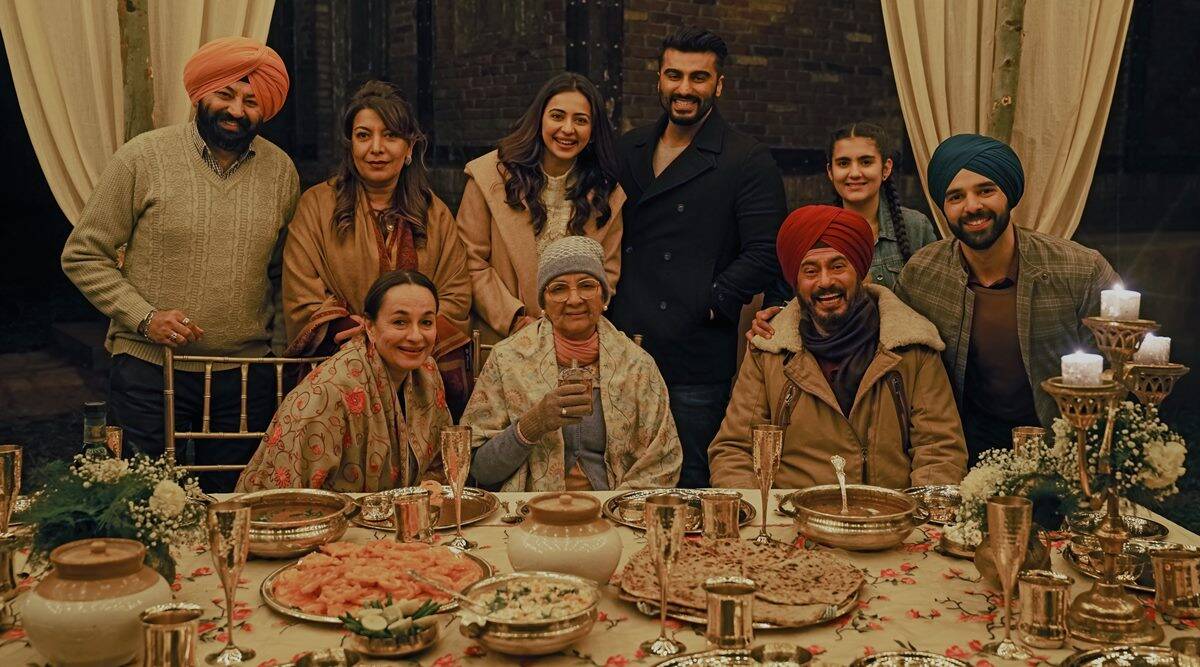 Directed by Kaashvie Nair and backed by an impressive performance from a star cast, the Bollywood movie ‘Sardar Ka Gradnson’ weaves a tale of epic scale in its attempt to revisit the history of partition. The story follows Amreek, a disillusioned and heartbroken businessman from the US who returns to his home country to look for another home, which is his grandmother’s ancestral home, in Lahore. While the partition is still fresh in the minds of many, is there a particular real-life figure who inspired the tale of the adorable grandmother? If you are asking this question upon watching the film, let us investigate the matter for you.

Is Sardar Ka Grandson Based On A True Story?

‘Sardar Ka Grandson’ is partially based on a true story. The story of the film was penned by Anuja Chauhan and Kaashvie Nair, with help from Amitosh Nagpal in the dialogue department, which was then adopted for screens by Kaashvie Nair. The story spans two continents and three generations, telling the tale of a larger-than-life love story at the backdrop of the largest mass migration in the history of the world — the partition of India and Pakistan in 1947.

The film, according to the director, was inspired by the true story that forms the crux of the Al Jazeera documentary ‘Going Back to Pakistan: 70 Years After Partition.’ The documentary is directed by Clement Gargoullaud and Prashun Mazumdar and revolves around the story of Krishan Kumar Khanna. The documentary follows the relentless struggle of Krishan, who lives in India, as he tries to get a visa to Pakistan, and the denouement is reached when he is finally able to go back to his home on the other side of the border after 70 years.

The story deeply moved the director, who stated, “What struck a chord with us is this documentary of a man, who went back to Lahore on the 70th year of independence, to see his house. That emotion in the man’s eyes captivated us the most. There is an emotion here, there is a story here.” After going through numerous such accounts, Nair concluded that revisiting the memories of old ancestral homes is an emotion fostered by people across both nations.

Home is a recurring motif in the film, as first-generation Indian immigrant Amreek runs a house relocation service in the US, while Sardar looks for her lost home in a journey across time and space. The story of the film follows the life of Sardar Kaur (Aditi Rao Hydari portrays the young dame, while Neena Gupta takes up the contemporary version of the character), formerly a resident of Lahore who seeks to find her ancestral home after being separated for seventy years from her birthplace. 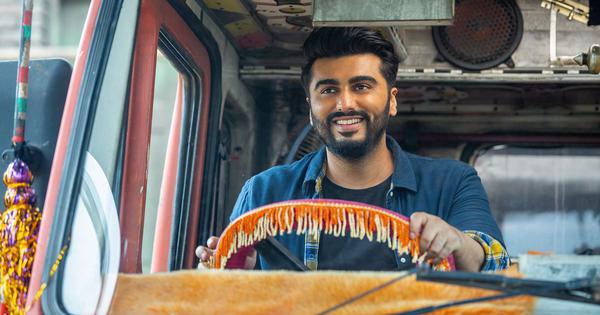 Before partition, Sardar Kaur falls in love with Gursher Singh (John Abraham), a cycle mechanic and aspiring entrepreneur in Lahore. They get married in the year before the partition, and Sardar gets pregnant with a child. Gursher is killed in the partition riots trying to save his family, while Sardar flees across the border to India, taking the newborn toddler and a bike made by her late husband to her uncertain destiny. We get to know that Sardar remarries in India and opens a cycle company called Champion Cycles. However, the second husband is also conspicuously absent in the narrative – it can be that Sardar is doubly widowed.

In contemporary times, Sardar and Gursher’s grandson Amreek Singh (Arjun Kapoor) runs a mobile home relocation company in America. Amreek, we are told, has a fiancée and a business partner in Radha. Amreek is enthusiastic and ambitious about his enterprise, but more often than not, he gets himself in tricky situations owing to his lumbering mind. After a rough break-up with Radha, Amreek is summoned to India by his father to meet his grandmother, who is suffering from cancer and does not have long to live.

Sardar’s last request is to revisit her old home in Lahore, and Amreek attempts to help her fulfill that wish. However, Sardar does not get the visa. But Amreek comes up with a ludicrous plan that entails the transportation of Sardar’s ancestral Lahore home from across the border. While the story stretches beyond the realm of realism into fantastical proportion, it is nonetheless compelling and moving in its treatment of the relationship between grandmother and grandson. 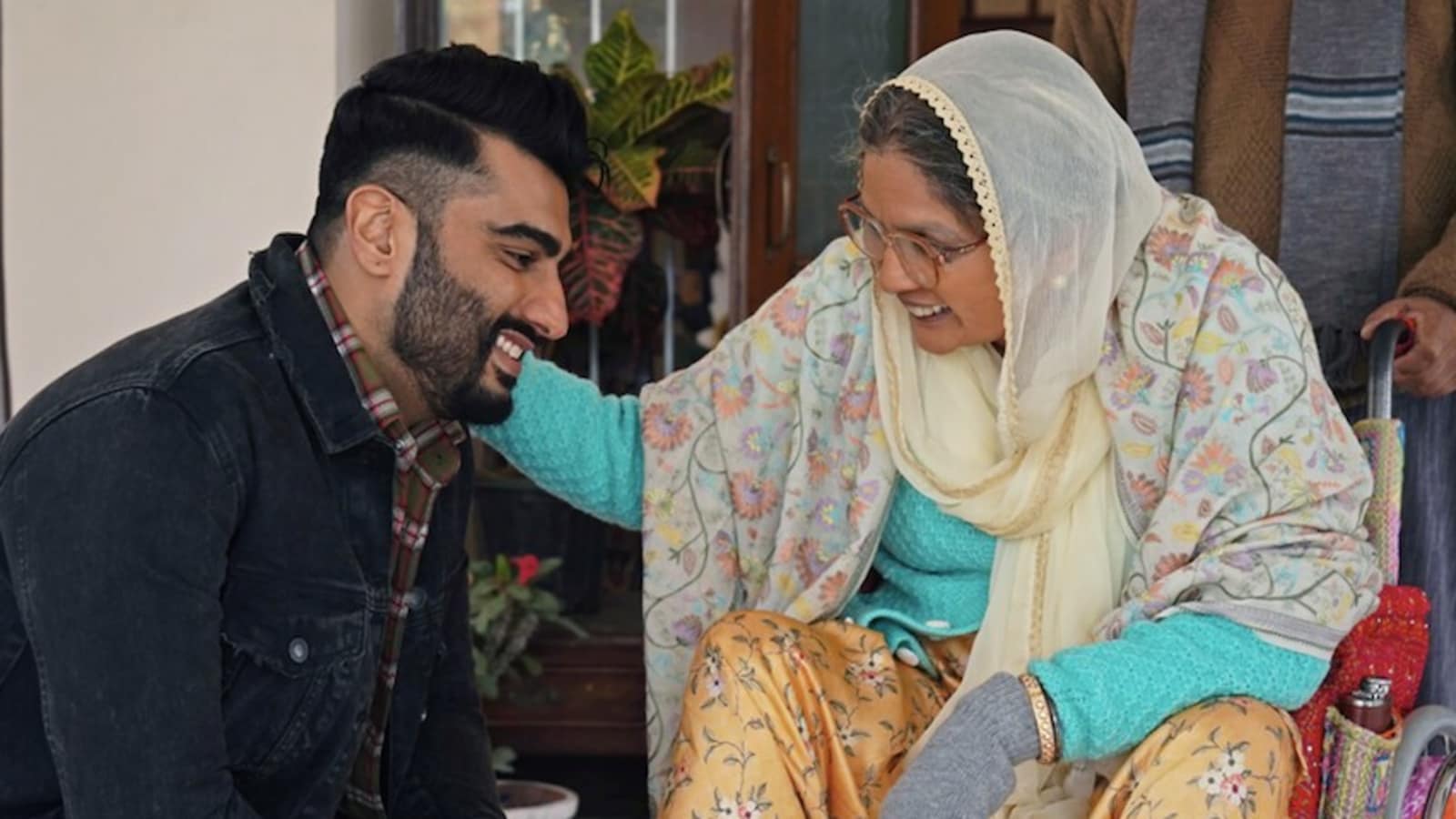 Here is a grandson who has heard quite a lot about a past that has been separated by the decree of the British rulers, and the journey of Sardar across space and time is also Amreek’s coming of age journey. In that sense, the film has one eye on the past and another toward the future. The partition of India and Pakistan was indeed a horrific chapter in the history of the subcontinent, and the incident has spawned a vast body of literary and artistic productions, and the film is a fresh addition to the repository.