Is Servant Based on a True Story?

Created by Tony Basgallop, ‘Servant’ is an engaging series balancing elements of thriller and the supernatural. It follows the story of a couple, Sean (Toby Kebbell) and Dorothy Turner (Lauren Ambrose), who resides in Philadelphia. Dorothy is an affluent journalist, whereas Sean is a consultant chef working for some top-class restaurants. Despite their professional expertise, their personal life is grief-stricken owing to the death of their 13 weeks old son, Jericho.

Dorothy is unable to handle the trauma and is afflicted by a catatonic stupor. Natalie, a kinesiologist, suggests them to bring in a doll that would help Dorothy cope up with the emotional trauma. They hire Leanne (Nell Tiger Free), a mysterious young girl, as a nanny for the doll. Leanne takes up her job enthusiastically, much to the surprise of Sean. Her overtly religious behavior strikes suspicion and brings forth a chain of mysterious happenings that are guaranteed to keep the viewers hooked.

The second season of ‘Servant’ touches upon the themes of grief, trauma, and filial conundrums are layered in between tropes of thriller and horror elements. M. Night Shyamalan worked as an executive producer of the show, and his credentials make ‘Servant’ a bonafide thriller series. Intrigued by the story, we decided to delve further into the details of its origins. Here’s what we found out.

Is Servant Based on a True Story?

No, ‘Servant’ is not based on a true story. Tony Basgallop serves as the creator of the series and has also written the script. Tony visualized writing a story on parenthood, originally stemming from the thought of his own children. The delicateness associated with rearing a child evokes a subtle fear of not being able to stand up to the task and committing follies. This fear was the driving force behind Basgallop’s conception of the central themes of ‘Servant’. 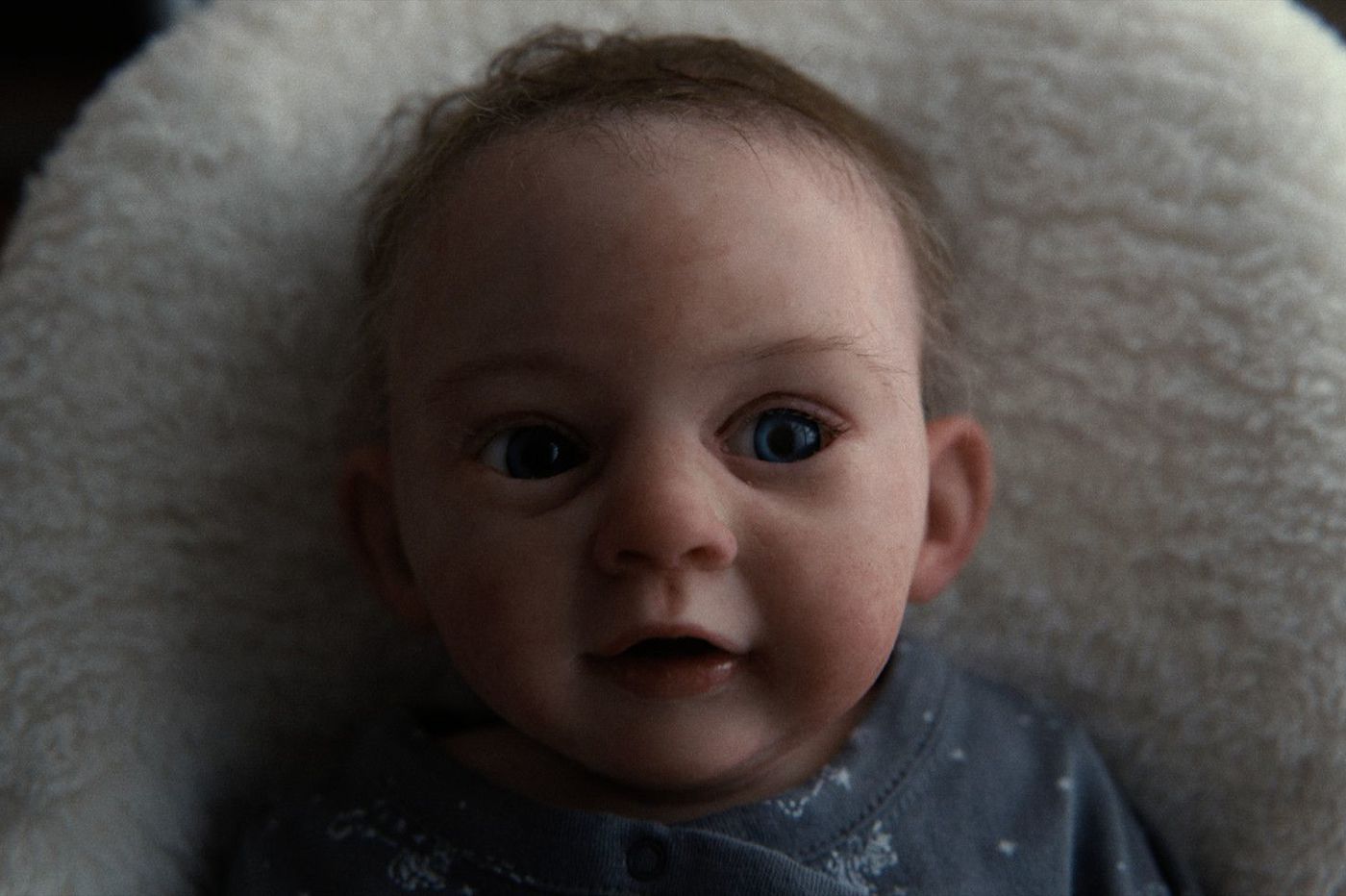 In an interview with The Wrap, Basgallop elaborated on this fact, saying, “Being the sort of person that I am, I search for the dark side of things and I want to tell the story about parenthood gone wrong, in a sense. And a family who is seemingly perfect to the outside world, but once you get past the facade you realize that everything is broken.” M. Night Shyamalan was intrigued by the “urban nightmares” in the story that dealt with the fear of something wrong happening to a child and inviting someone whose true intentions are clouded.

Thus, the esteemed filmmaker came on board, and the episodic nature of the production gave him creative freedom to work his way through the mystery in ‘Servant’. In his overarching narrative of the series, Shyamalan had envisaged a length of sixty episodes to tell the entire story. The confined settings of the series are something that Shyamalan had in his mind. He aspired to follow up the story and depict it like a play such that the scares and chills could be contained within a specific setting.

Rather than going for elaborate plot twists and jump scares, both Basgallop and Shyamalan decided to keep a steady flow to slowly build onto its scary moments. Interestingly, food features prominently in the series. The symbolic association of meat with death adds a raw flavor to the mystery and suspense of the series. The showrunners hired Italian chef Marc Vetri to supervise and provide knowledge about the usage of food elements.

‘Servant’ has seen its fair share of controversies, when in January 2020, director Francesca Gregorini filed a lawsuit against Tony Basgallop, M. Night Shyamalan, and the production companies involved for an alleged copyright infringement for her 2013 film, ‘The Truth About Emanuel’. The creators responded in defiance. Ultimately, the lawsuit was discarded, stating that the film and the series are quite different from each other. Even though ‘Servant’ is not based on a true story, it realizes a common fear that creeps into parenthood and converts it into an engaging thriller.