Is She Will Based on a True Story?

Directed by debutant filmmaker Charlotte Colbert, ‘She Will’ is not a traditional horror film. Don’t get me wrong, there are plenty of horror elements in there, but it is ultimately a film about catharsis, neatly wrapped with the layers of revenge fiction. The story follows Veronica Ghent (Alice Krige), an aging movie star who arrives in a remote area in Scotland with her nurse Desi (Kota Eberhardt) to recuperate from a double mastectomy in solitude. However, much to her discomfort, several people are already at the retreat, so she and Desi are allowed to stay in a remote cabin away from the others.

As Veronica deals with the past and present trauma, she forms a connection with the earth and the woods, where in the 18th Century, women were tortured and burned after being accused of being witches. Despite the horror tag, ‘She Will’ has a grounded narrative that asks its audience to think. Now, if the psychological horror film’s depiction of sexual abuse, trauma, and historical events has made you wonder whether it is inspired by actual incidents, we got you covered.

Is She Will a True Story?

No, ‘She Will’ is not based on a true story. Charlotte Colbert shares the writing credits with Kitty Percy, who originally wrote the script. It was then sent to executive producer Ed Clarke of Shoebox Films, who brought Percy and Colbert together. ‘She Will’ is also Percy’s first film as a writer, and according to the director, she is a brilliant writer with incredible ideas. They worked on the narrative’s framework together, with Colbert adding the visuals, aspects involving nature, and the dreamlike sequences to Percy’s story. 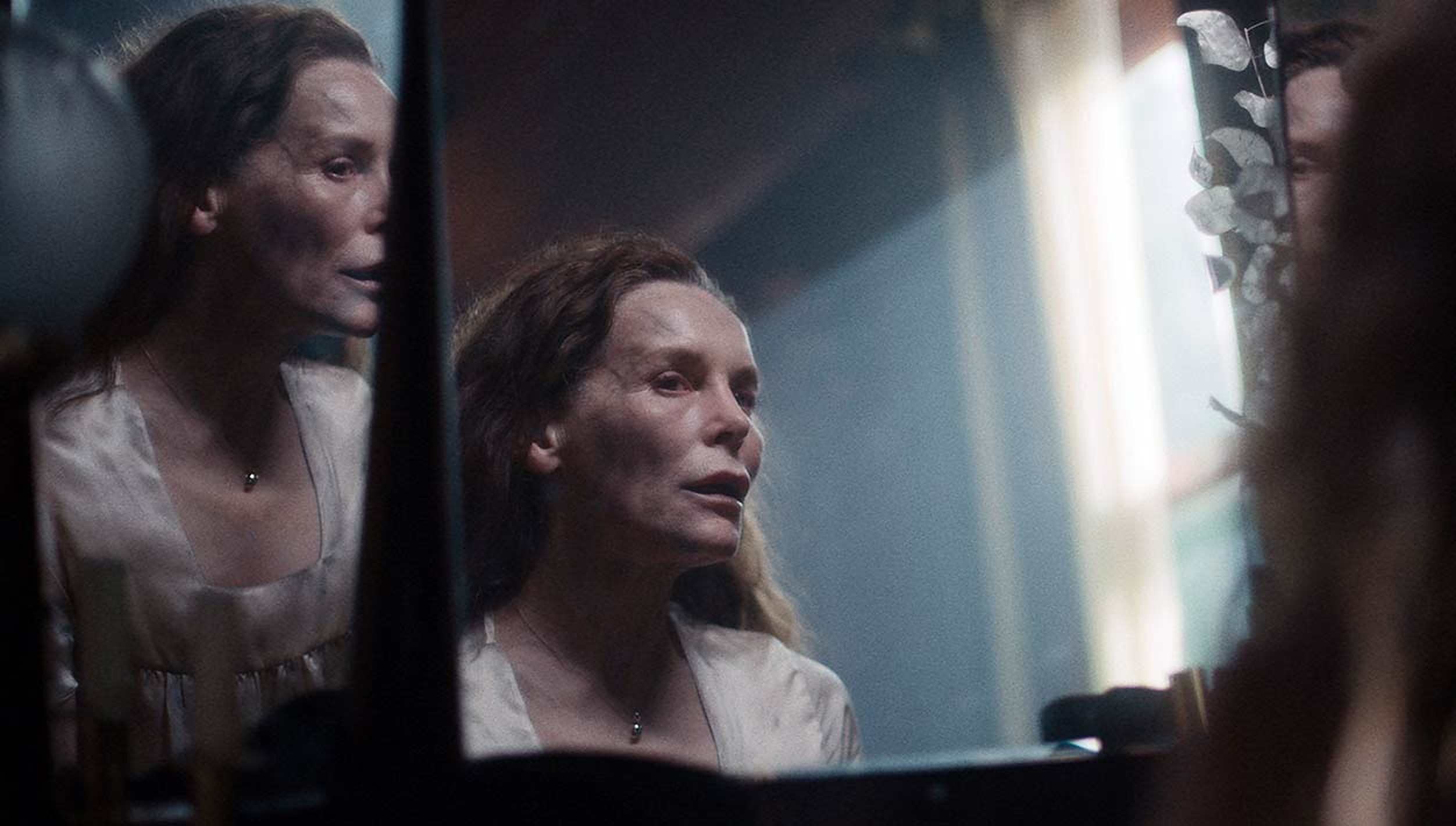 The film begins with a monologue from Veronica in which she declares that every mask has a function. Asked about the importance of that particular dialogue during an interview with Coming Soon, Colbert reflected, “… So, the story follows Veronica’s character as she has this operation that sort of triggers this bout of questioning and this sort of existential re-questioning of her life…And so it felt interesting that the dichotomy between the operation and her sort of trying to keep it together and keep appearances together and sort of layering this sort of armor that she’s had her whole existence and that in a way is going to come crumbling down during the course of the film.”

The director continued, “So the way she physically starts, you know, with the makeup and the voiceover intercut with the operation and where she ends in a way is kind of, I guess, visually and emotionally, and in terms of her journey, you know, completely different. And I guess it’s, it is like sort of a story of reclaiming and reinterpreting one’s wounds and one’s scars and owning them and making them one strength. And so it felt fitting to perhaps, um, go into her mind basically at the beginning.”

Colbert’s actors, Alice Krige and Malcolm McDowell (Eric Hathbourne), loved working with her. Particularly, Krige was drawn to the complexity of the script. “I was so struck by the layeredness of the writing, the way that the whole story is looked at in terms of the cosmos, the power of multiple dimensions,” she said. “And that’s very rarely addressed in serious film. That we don’t function just on our level of perceived reality, but there are layers and layers of intersecting reality or dimensions, and I’ve never seen it actually explored in a film. And I was astonished that it was even being looked at.”

In a different interview in July 2022, Colbert spoke about the stunning visuals in the film, adding that she prefers things to be detailed. She stated that she creates massive walls filled with imageries, words, and different thoughts. Colbert also thanked her cinematographer Jamie Ramsay, composer Clint Mansell, and production designer Laura Ellis Cricks for helping her actualize her vision. Evidently, ‘She Will’ is not based on a true story, but it’s perfectly understandable if someone thinks it is.

Read More: She Will Ending, Explained