‘She’s Funny That Way,’ an absolute ode to screwball comedies, is a true representation of Peter Bogdanovich’s style as a writer and filmmaker. The 2015 movie follows Arnold Albertson, a prominent theater director, who occasionally engages in one-night stands with sex workers under the alias “Derek” and later offers them money to leave the industry and pursue better lives. The true drama starts when one of these sex workers, Isabella (Izzy) Patterson, shows up to the Broadway audition for his new play, which also involves his wife, Delta Simmons, and her ex-lover, Seth Gilbert.

A whirlwind of confusion ensues since Izzy’s excellent audition wins her the adoration of playwright Joshua Fleet, who also appears to be her therapist, Jane Claremont’s boyfriend. The movie presents a perfect blend of witty humor and chaotic comedy led by amazing performances by an excellent ensemble cast. Thus, the question of whether the film is based on true events must be on the minds of the audiences. If you’re seeking answers in that regard, here’s all you need to know.

Is She’s Funny That Way a True Story?

No, ‘She’s Funny That Way’ is not based on a true story. It is driven by an original script penned by director Peter Bogdanovich and his ex-wife Louise Stratten sometime between 1999 and 2000. The narrative of the film is closely inspired by an incident that occurred in 1978 while Bogdanovich was filming the comedy-drama film ‘Saint Jack.’ This indicates that he has had the project on his wish list for several years. It was because of their financial hardships at the time of writing, that Bogdanovich and Stratten started collaborating on a comedy to brighten their moods. 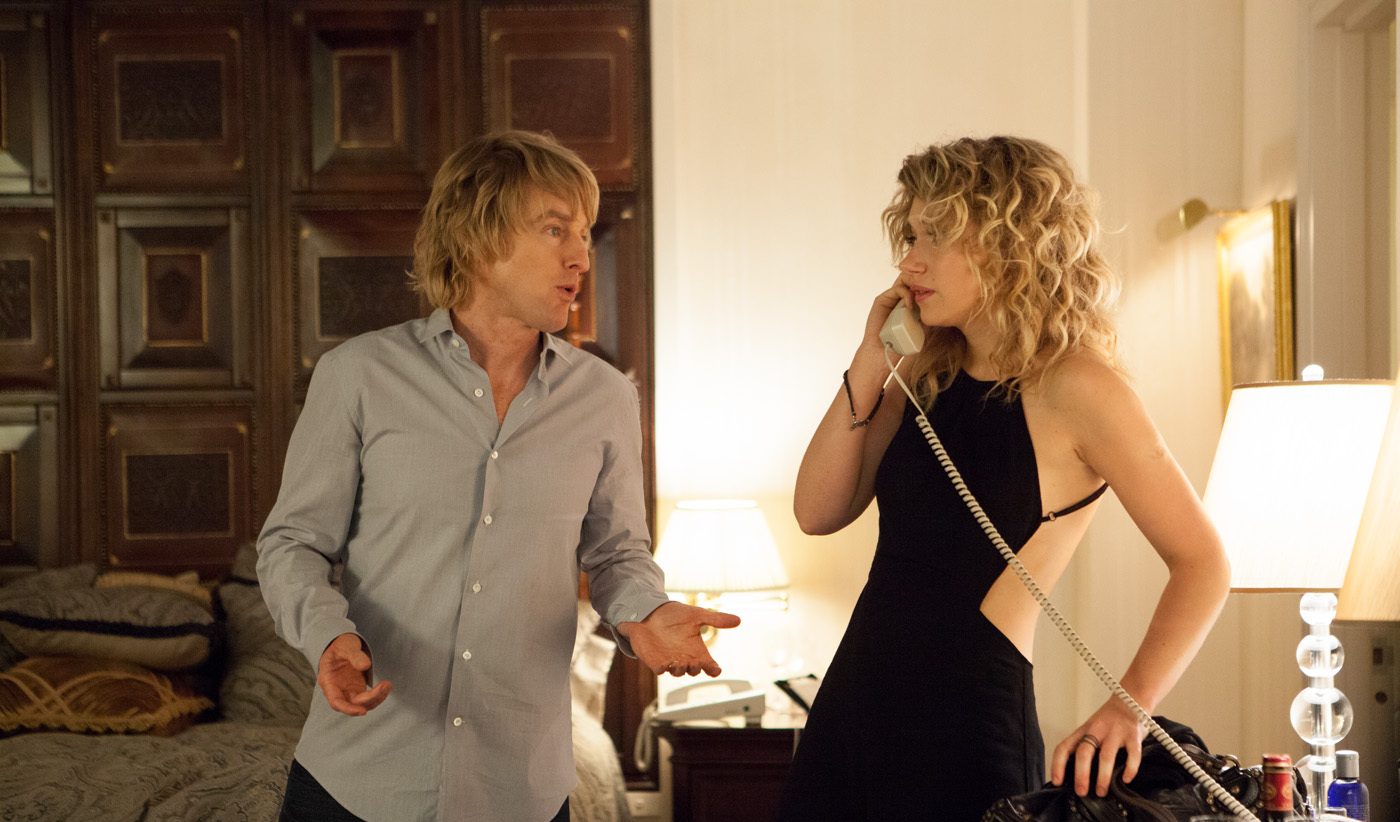 “I had just gone bankrupt for the second time because I had tried to buy back ‘They All Laughed’ (1980) and distribute it myself, and we were having a difficult time—not personally, but financially—and we thought we’d cheer ourselves up by writing a comedy,” the director revealed in an interview with Roger Ebert. The filmmaker got the idea for the 2015 film from his experiences in Singapore, on the sets of ‘Saint Jack,’ a movie about sex workers, for which he recruited real-life escorts.

Bogdanovich spoke with a few of the escorts and provided them extra money in addition to their salaries to assist them in exiting the business. Following this meeting, he was amused by the idea of making a comedy about a man who pays additional money to an escort to quit the profession but ends up getting in trouble as a result. “I didn’t really know what would happen, but that’s where it started,” the director added. 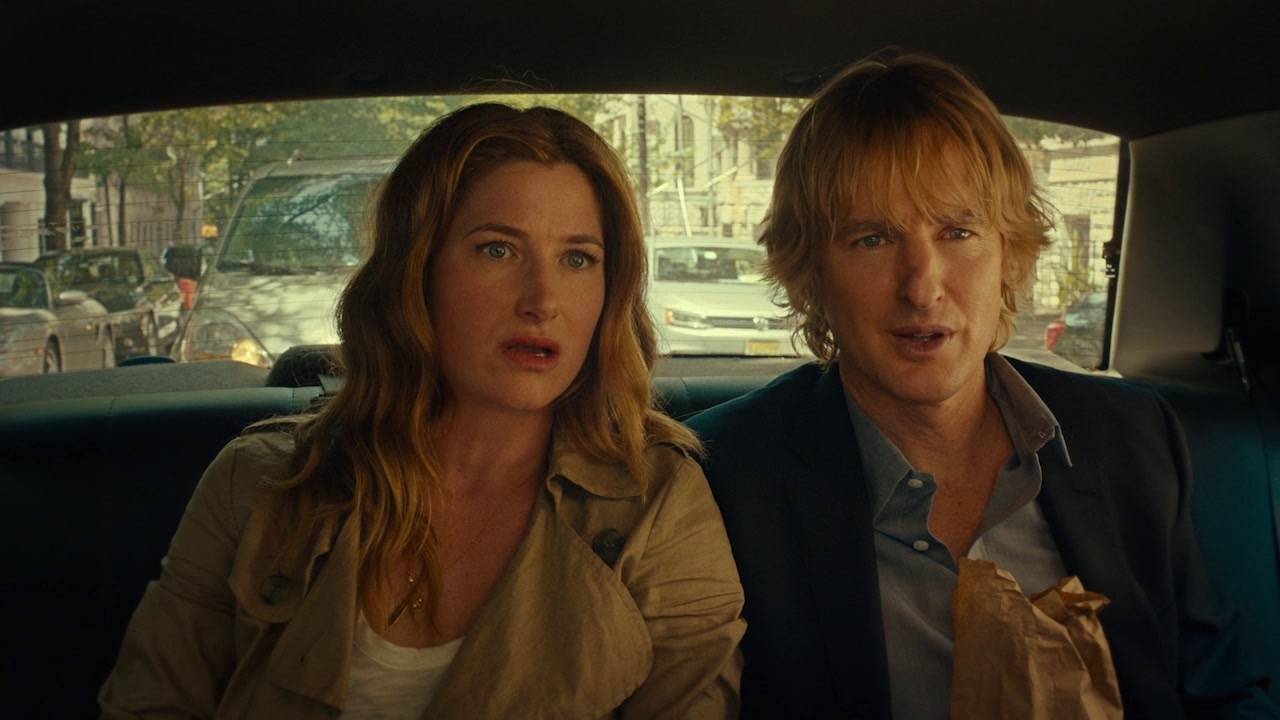 Initially, it was Louise Stratten who considered portraying the role of Izzy, with Cybil Shepherd and John Ritter cast as the other leads. However, when Ritter passed away unexpectedly in 2003, the film was placed on hold. Later, after being introduced to Owen Wilson by Wes Anderson, Bogdanovich decided to tweak several parts of the character of Albertson. For example, the physical jokes that were originally written for Ritter were modified to fit Wilson.

Talking about such changes in the same interview, Bogdanovich said, “As an example, in the scene where Imogen’s character shows up at the audition and surprises the main character, in the John Ritter version John stood up suddenly and knocked over the table and everything went flying. I asked Owen what he would do in the same situation and he immediately said, ‘I’d say she’s wrong for the part,’ which was equally funny.”

The role of Albertson’s wife was also offered to Jennifer Aniston. However, she insisted on taking on the role of the therapist as she grew more captivated by it. She was also the one who proposed actress Kathryn Hahn for the role of the wife. The movie’s title itself has a fascinating back-story as well. The film was originally titled ‘Squirrels to the Nuts,’ but it was later altered to ‘She’s Funny That Way’ because several people mistakenly believed it to be a children’s movie.

The phrase “Squirrels to the Nuts,” taken from the 1946 Ernst Lubitsch movie ‘Cluny Brown,’ is nonetheless often utilized throughout the movie. The expression is used to convey that the unusual method of accomplishing something is good. Through such particular references, Bogdanovich’s inspiration from legendary screwball comedies by icons like Ernst Lubitsch is pretty apparent. ‘She’s Funny That Way’ is ultimately a fictional film that draws inspiration from a variety of tales from the life of the co-writer-director.