Showtime’s ‘Couples Therapy’ is a unique documentary-style reality TV series that chronicles four couples who seek guidance from renowned psychologist Dr. Orna Guralnik to work on their strained relationships. The show tracks their progress over each episode and gives the viewers a realistic insight into the world of couple counseling and psychoanalysis. Since it first landed on TV in 2019, ‘Couples Therapy’ has received a lot of praise from fans and critics alike. But is it really as authentic as it claims or are some parts scripted? Let’s take a look ourselves and find out.

Is Couples Therapy Real or Fake?

In ‘Couples Therapy,’ four couples approach Dr. Orna Guralnik, an experienced psychologist who has been on the faculty for the Trauma Studies Program of the National Institute for the Psychotherapies. Hence, it is established that she is an actual medical expert with several years of experience, and that forms the crux of the show. She took her time before agreeing to come on board and shared in a September 2019 interview that producers Josh Kriegman and Elyse Steinberg had to convince her a lot about the show not being fabricated. 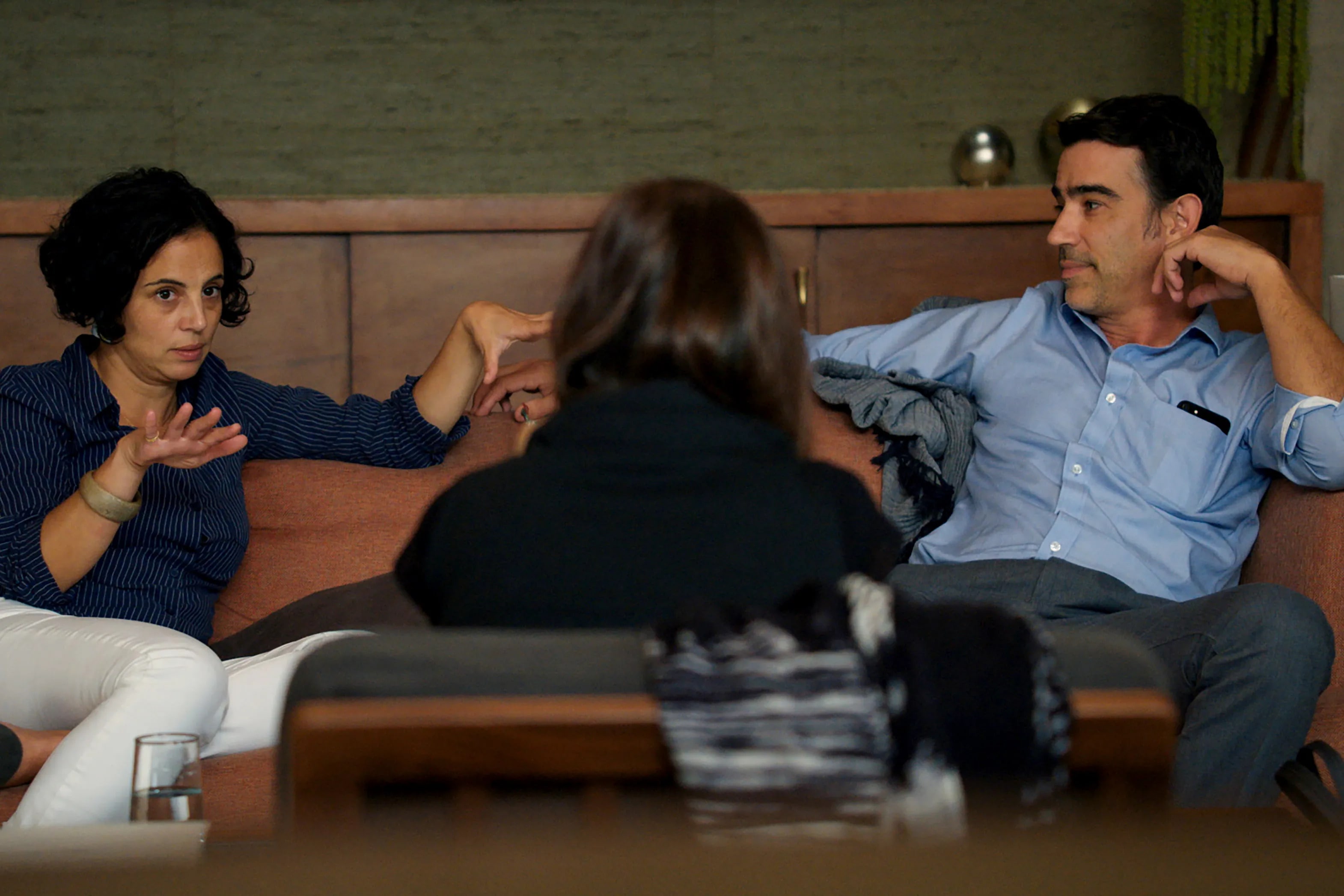 “I thought I would talk to them like a consultant…someone who could give them some background information…They had to earn my trust…Are they going to try to make this into something that it is not? Is there going to be a wish for more drama?”, said Guralnik. But the producers were quickly able to assure her that their main intention to create the show was to explain the importance and real side of therapy to the masses.

For the participants, Kriegman and Steinberg divulged that they interview numerous couples and select only those who are genuinely willing to get therapy. Moreover, they choose to not finalize those who have extreme vulnerabilities like suicidal tendencies and drug addiction, as regardless of the show offering a source of help, being under scrutiny could rather harm such participants. To maintain neutrality, Guralnik meets the couples for the first time in the first episode. Therefore, both parties’ initial responses to each other are authentic.

However, the primary evidence of ‘Couples Therapy’ not being scripted lies in the technique in which it is filmed. The therapist’s office shown on-screen is an exact replica of Guralnik’s actual office and is designed in such a way that the participants feel as comfortable as they would on a routine visit to their psychologist. Not just that, the cameras filming them are placed so strategically that they don’t obstruct the natural flow of events in each therapy session being recorded.

Kriegman revealed, “We created an office where the cameras actually were concealed behind one-way glass…They could come in, sit in the waiting room, do an hour session with Orna, leave, and never once interact with any element of production or see a camera.” This ensures that the participants are not conscious of being lensed and can interact freely with Guralnik. In addition, the psychologist’s adorable dog Nico plays a key role in making the participants feel at ease as they wait for their session in the on-set office space. 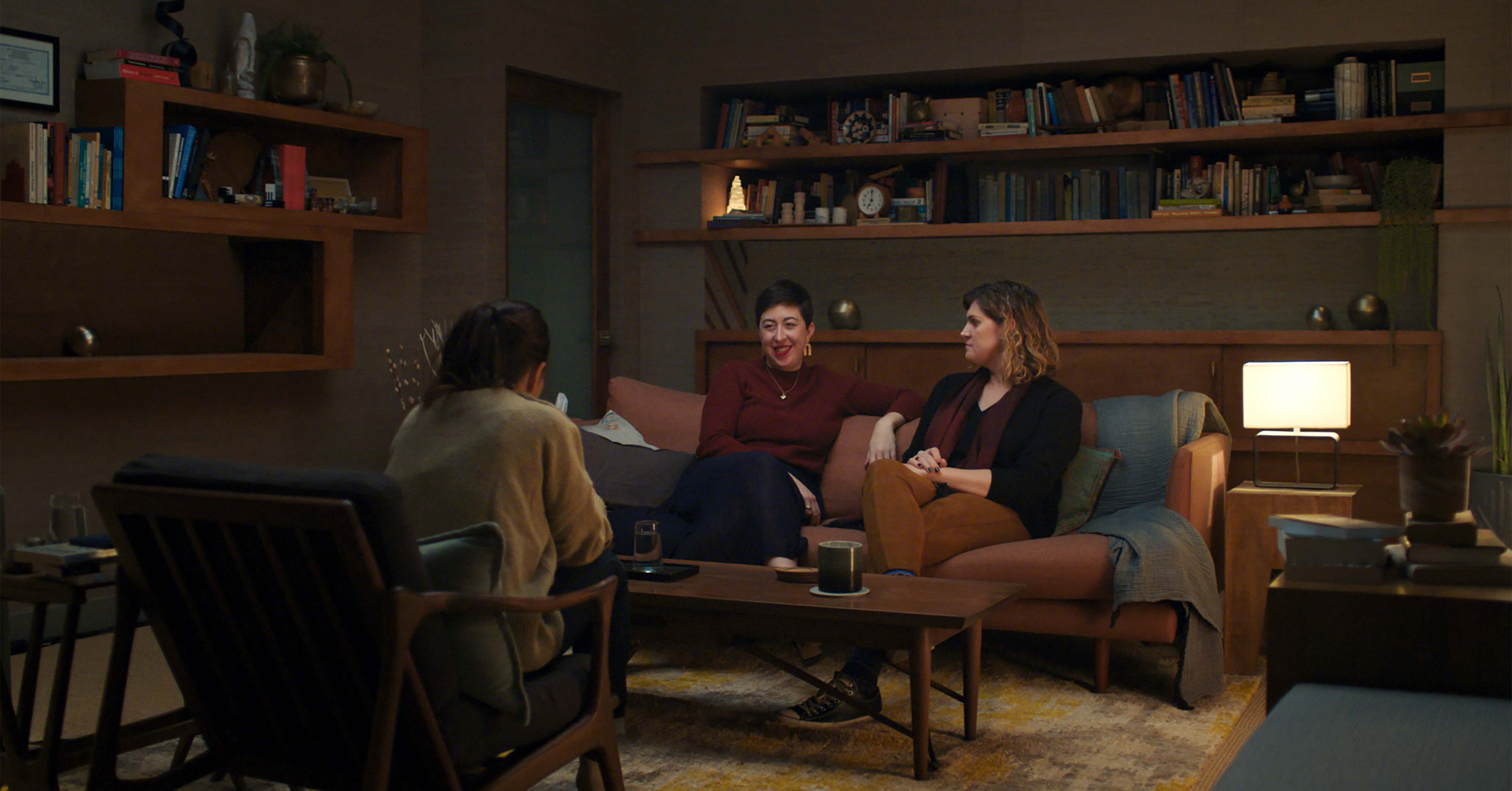 Apart from this, when the show got affected due to restrictions on production during Covid-19, the filming setup was moved to more personal spaces of Guralnik and the participants’ homes. In an April 2021 interview, she stated, “When they suggested doing it from home, it seemed completely impossible…But the couples had already started treatment, and with the lockdown and pandemic turmoil, they needed double the help.”

Guralnik then spoke about the beauty of the situation and added, “People were doing sessions literally in a closet with clothes hanging over their head, or in the bathroom, or with someone nursing in her bed…There was a beautiful intimacy to it.” Speaking of the participants, quite a few of them have come forward as well to vouch for the show’s genuineness. For instance, Elaine and DeSean, one of the couples who feature in season 1, shared that coming to the show helped them save their relationship and enabled healthier communication.

“Prior to going through [the show] I don’t know that I heard a lot of what he said…I’m painted by my own stuff…I think Dr. Orna saved our lives, our marriage. Definitely,” said the couple. Tashira and Dru are another pair who feature in the debut season. Dru disclosed, ‘“Before we started therapy, I was thinking about the cameras…But soon I forgot this was even becoming a show. Every week, it was like: ‘OK, it’s time for therapy. It’s time for work.”

The only part of ‘Couples Therapy’ that may be altering reality a little is the editing process, as it leaves out the repetitive and awkward bits of the recorded footage and is tailored according to the comfort as well as the consent of the participants. Thus, we can reinstate that the show is primarily a real account of the intricacies of human relationships and helps the audience find someone they can relate to through the experiences of the participants. Lastly, it also helps break the taboo around therapy and start conversations on topics less spoken of.