Is Slumberland Based on a Book? Is It Related to Finding Nemo?

Directed by Francis Lawrence, ‘Slumberland’ is a Netflix fantasy adventure film. The story revolves around Nemo (Marlow Barkley), an 11-year-old girl who lives on a small island with her father, Peter (Kyle Chandler), the lighthouse keeper. Nemo is happy with her secluded life there. But then, tragedy strikes and her father is killed during a storm. Nemo is subsequently forced to leave her childhood home and stay in the city with her estranged uncle, Philip (Chris O’Dowd). When she dreams again, she travels back to her island and meets Flip (Jason Momoa), a self-proclaimed outlaw who was her father’s companion in all the adventures through Slumberland, or the world of dreams.

From Flip, Nemo learns about the magic pearls, objects hidden at the bottom of the Sea of Nightmares. According to legends, the pearls can grant any wish. Desperately wanting to see her father again, Nemo embarks on a dangerous adventure along with Flip, who seeks the pearls to figure out his identity in the Waking World. If the narrative structure, themes, and scope of ‘Slumberland’ have made you wonder whether it is based on a book, this is what you need to know.

Is Slumberland Based on a Book?

No, ‘Slumberland’ is not based on a book. Lawrence’s film has been developed from a script penned by screenwriters David Guion and Michael Handelman. The said script is based on the early 20th-century American artist and cartoonist Winsor McCay’s comic strip, ‘Little Nemo in Slumberland.’

In an interview with Screen Rant, Lawrence reflected on the visual elements he drew from the original comic strip. “Honestly, not that many,” the filmmaker stated. “It was more of a jumping-off point for the development of the story and the idea for the screenplay. But when we were coming up with the dreams that our characters were passing through we were trying to find dreams that felt really different from one another to create a character of the dreamer themselves and build the world out that way, as opposed to just going back to the comic strip.”

So, it’s pretty safe to deduce that considerable creative liberty has been taken during the adaptation process. For instance, Nemo is a boy in McCay’s original work, and Flip is a green, cigar-chewing clown. Nemo made his first appearance in another comic strip by McCay, ‘Dream of the Rarebit Fiend,’ before his creator launched the spin-off ‘Little Nemo in Slumberland.’ In the weekly strip, Nemo has different dreams before waking up in the final panel. The strip was briefly renamed ‘In the Land of Wonderful Dream’ when it ran in William Randolph Hearst’s New York American between 1911 and 1914. It was published under its original name in the New York Herald from 1905 to 1911 and then again from 1924 to 1927.

Is Slumberland Related to Finding Nemo?

‘Slumberland’s Nemo shares her name with the titular character of the 2003 Pixar film ‘Finding Nemo.’ That must have made some of you wonder whether the two projects are related. After all, ‘Little Nemo in Slumberland’ is an iconic comic strip that has inspired generations of artists. So, it’s quite alright to wonder whether McCay’s work inspired ‘Finding Nemo’ as well.

The thing to remember here is that the name Nemo is older than ‘McCay’s works. Its most prominent appearance was in Jules Verne’s ‘Twenty Thousand Leagues Under the Seas,’ first published in book form in 1870. In the novel, Nemo is an Indian prince and the captain of the fictional submarine, the Nautilus. Nemo also appears in Verne’s 1875 novel ‘The Mysterious Island’ and the 1882 play ‘Journey Through the Impossible, which Verne co-wrote with Adolphe d’Ennery. 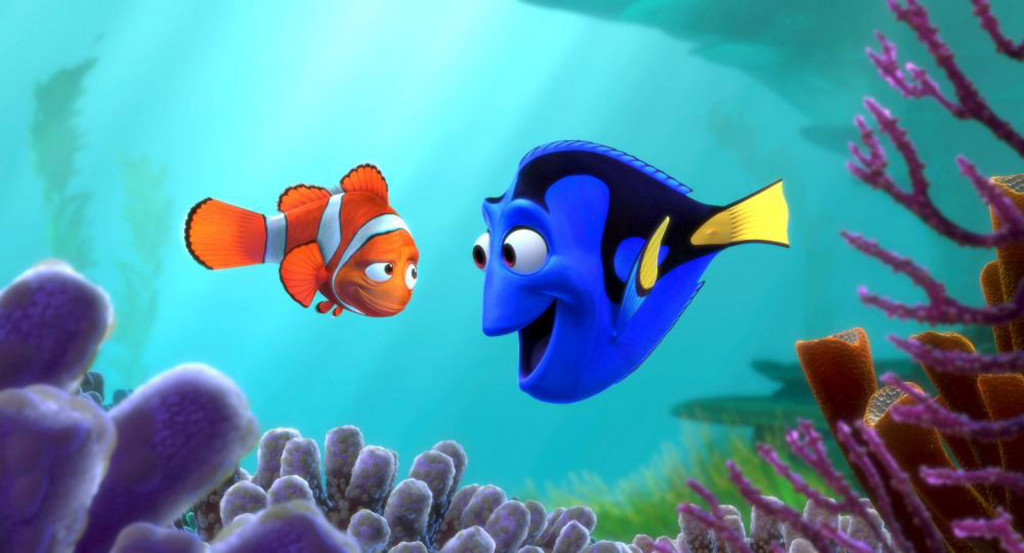 As for Nemo as a character in ‘Finding Nemo,’ director Andrew Stanton mentioned a photograph that he saw of two clownfish hiding in an anemone. “It was so arresting,” he said to National Geographic. “I had no idea what kind of fish they were, but I couldn’t take my eyes off them. And as an entertainer, the fact that they were called clownfish—it was perfect. There’s almost nothing more appealing than these little fish that want to play peekaboo with you.”

Stanton also drew from his childhood experiences for the film. So, by all indications, ‘Finding Nemo’ and ‘Slumberland’ are unrelated.