Is Swan Song on Netflix, Hulu, Prime, or HBO Max? Where to Watch Online? 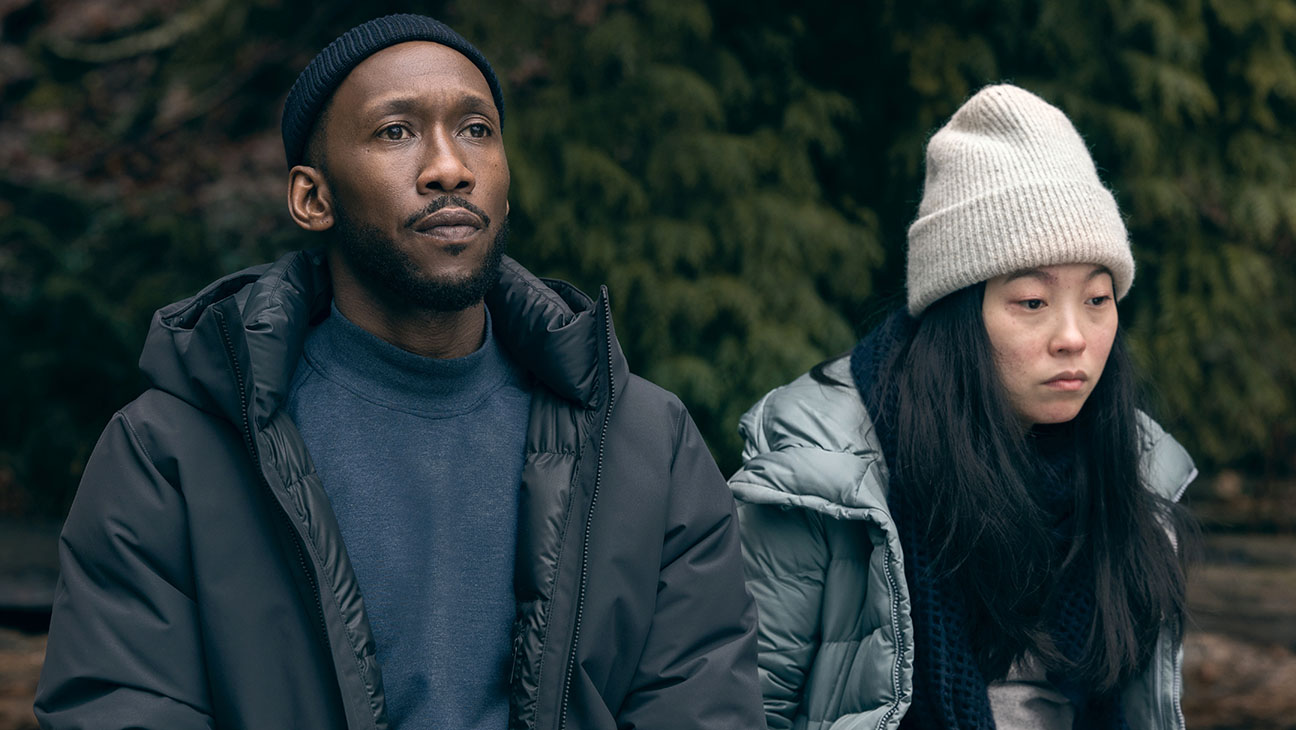 Set in the near future, ‘Swan Song’ recounts a heartwarming story of sacrifice, love, and loss. The Benjamin Cleary directorial centers upon Cameron Turner, a man diagnosed with terminal cancer who is torn between a tough choice of either accepting his fate or sparing his loved ones the pain of loss by cloning himself.

Starring Mahershala Ali, Naomie Harris, Awkwafina, and Glenn Close, the film is a must-watch for the fans of the science fiction genre. Curious to learn more about the film’s premise or streaming details? Allow us to be your guide.

What is Swan Song About?

Cameron Turner is a family man whose seemingly perfect life takes an unexpected turn when he is diagnosed with terminal cancer. As his conditions worsen and the disease begins to spread, Cameron struggles to face his wife and tell her his approaching death. In the moment of grave crisis, he is presented with the choice to transfer his consciousness to a clone and continue to live for his loved ones. But the controversial alternative comes with a host of moral dilemmas.

As time begins to run out for Cameron, he must make a tough call. Will he accept his death or clone himself to spare his wife and kids the pain of loss? In order to find out, you will have to watch ‘Swan Song.’ Here’s how you can do that.

Is Swan Song on Netflix?

Netflix subscribers who plan on watching ‘Swan Song’ will be disappointed as it is not included in the massive catalog of television shows and movies of the streaming giant. People with a subscription can watch science fiction shows/movies like ‘Altered Carbon.’

Is Swan Song on Hulu?

Hulu subscribers will have to look for the film on some other platform as it is not arriving on the platform anytime soon. Viewers looking for films of the same genre can watch ‘Gemini Man.’

Is Swan Song on Amazon Prime?

The Benjamin Cleary directorial is currently not a part of Amazon Prime’s offering. The film is also not accessible as on-demand content on the platform. Therefore, Prime subscribers can watch other science fiction movies like ‘2149: The Aftermath.’

Is Swan Song on HBO Max?

Since ‘Swan Song’ is unavailable on HBO Max, we recommend our readers alternatively stream ‘Never Let Me Go.’

Where to Watch Swan Song Online?

‘Swan Song’ is exclusively available on AppleTV+ online. So, one must have a subscription to the streamer to watch the film. Subscribers can head here to watch the Benjamin Cleary directorial. The movie is also going to release in select theaters in the United States on December 17, 2021. So, if you love watching movies in cinema halls, then you can book your tickets on Fandango.

How to Stream Swan Song for Free?

AppleTV+ comes with a 7-day free trial for first-time subscribers to get an experience of its services. Therefore, if you wish to watch the film for free, then you can use the aforementioned offer. However, we encourage our readers to always pay for the content they want to consume online and refrain from using illegal means.