Is The Blair Witch Project Based on a True Story? 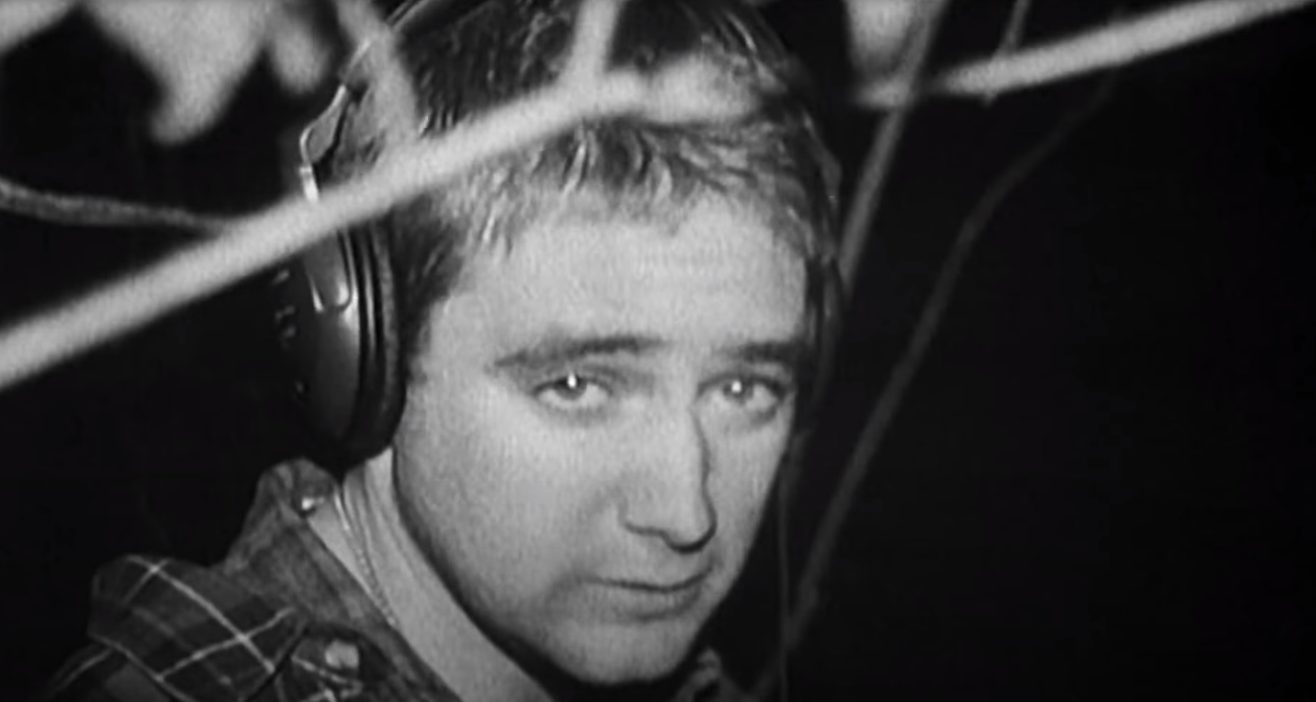 Directed by Daniel Myrick and Eduardo Sánchez, ‘The Blair Witch Project’ is a 1999 found-footage horror movie that follows three young students into the woods. On the trail of the titular entity, Heather, Joshua, and Michael enter a world of chaos and fear as they spend nights camped in the wilderness. The movie has indeed popularized the genre it belongs to and leaves audiences stunned by the realistic onscreen depictions of supernatural activity.

Not just that, there was also talk of the film’s cast members actually having died while embarking on the events depicted. All this makes the audience wonder whether The Blair Witch Project is based on real events or is just a brilliant work of fiction. If you are curious about the same, we’ve got your back. Let’s take a look for ourselves, shall we?

Is The Blair Witch Project a True Story?

No, ‘The Blair Witch Project’ is not based on a true story. The film purposely frames a believable narrative with the found footage aesthetic to give the semblance of real-life supernatural activity. However, no actual Blair Witch or any other entity the film proposes to document a search for exists. Instead, the widespread popularity it gathered for allegedly being true resulted from some savvy marketing by the filmmakers. The movie’s directors and writers, Eduardo Sanchez and Daniel Myrick, first had the idea for the film in 1993, when they were still film students at the University of Central Florida. 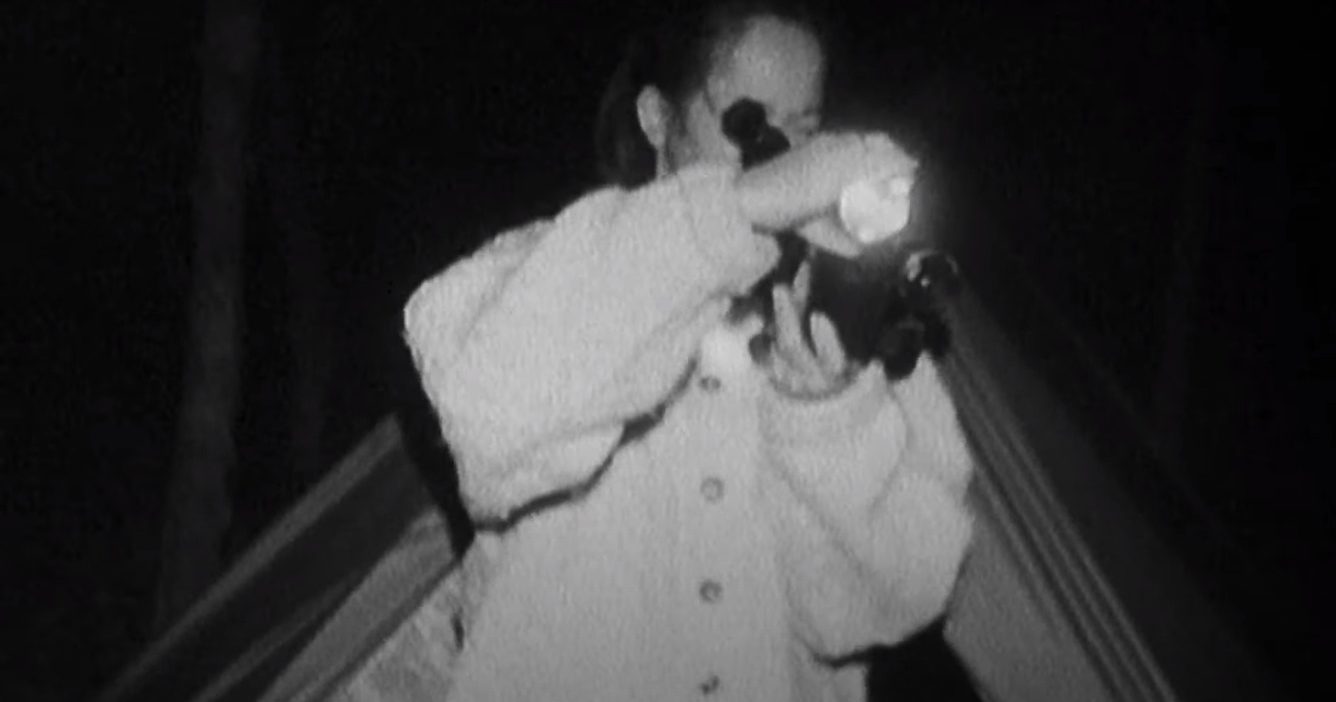 In a July 1999 interview with AV Club, Eduardo shared, “Dan and I came up with the idea in 1993. This was before ‘Scream,’ before any of this stuff. Before CGI got out of control. We just thought of what made us scared when we were little kids, and wanted to see if we can scare people now in the ’90s. That’s the only thing we had going when we started coming up with the idea for the film. When we shot it, that was the only thing: Just keep it real so we can scare people.”

The duo further shared that they were inspired by paranormal documentaries that they found, such as ‘Chariots of the Gods’ and ‘The Legend of Boggy Creek.’ Therefore, they decided to combine that filmmaking style with traditional horror movies they loved, like ‘Jaws,’ ‘The Shining,’ ‘Alien,’ and ‘The Omen,’ along with the TV series ‘In Search Of…’ In addition, Eduardo and Daniel drew inspiration from Arthur Miller’s play ‘The Crucible’ and the widely researched Salem witch trials to develop the movie’s central urban legend of the Blair Witch.

Although, due to a variety of reasons, including funding issues, the project only got underway in 1996, and they began casting the following year. Even though the film’s story was initially scripted as 35-pages long, the dialogue was almost entirely improvised. In fact, the filmmakers went one step ahead and kept the filming process improvisational as well. That means that the three cast members, who incidentally performed under their own names, were often sent into scenes without knowing what awaited them. The film thus depicts genuine improvised emotions from the characters.

Shot over about eight days, during which the actors camped out in tents while the crew filmed them, ‘The Blair Witch Project’ benefits greatly from its impromptu approach. In reality, the actors reacted to crew members making shadows, causing various scary sounds and movements, and placing those ominous piles of rocks. Hence, the infamous Blair Witch from the realistic horror film is the result of a hidden crew’s handiwork. So convincing is the portrayal of the characters’ fates in the movie that the cast members and their families actually received concerned messages.

Everything felt lifelike, especially because the actors used their real names. Not surprisingly, the cast members’ mothers received condolence cards, while one got concerned calls asking about her son’s well-being. Another way the movie was made to seem real was through clever marketing gimmicks in the lead-up to the film’s release. Using a viral online marketing strategy hinged on convincing potential audiences that the film is based in reality, the filmmakers generated significant buzz about their film. 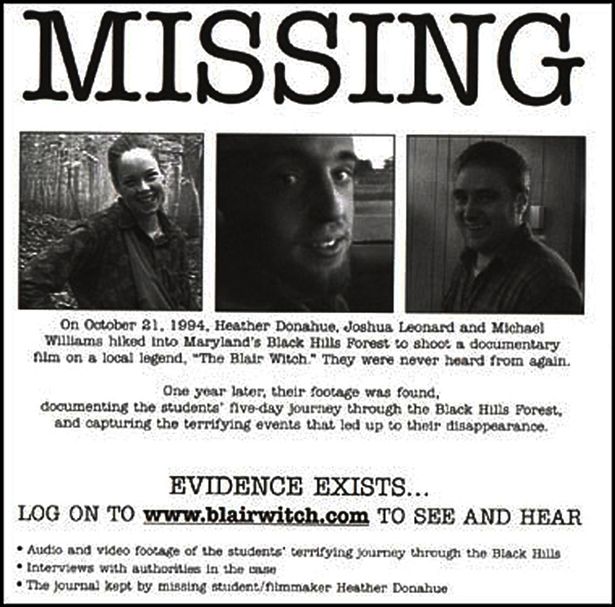 In addition to a fake website designed to reinforce the film’s fictional narrative and make it seem true to life, the central actors’ profiles were also modified on the film’s IMDB page, making it seem like they were “missing” or “presumed died.” This further fanned the flame of rumors that the events of ‘The Blair Witch Project’ were actually true.

Moreover, missing flyers featuring the three primary cast members were circulated widely to make it seem like they indeed had met ominous fates, adding further realism to the campaign. Ultimately, ‘The Blair Witch Project’ is an entirely fictional story conjured up by two skilled filmmakers, contrary to how it might look. As important as the narrative, its delivery method, which makes the events taking place on screen feel unquestionably authentic, is equally crucial.

The film ushered in a slew of found footage horror cinema when it first came out and left audiences wondering just how much of it is real. Combined with a clever promotional campaign that almost made people believe that the three central cast members had died in the making of the film, it is no surprise that there has been speculation about ‘The Blair Witch Project’ being based on true events.