Is The Circle Scripted? Is It Real or Fake?

Hosted by comic Michelle Buteau, Netflix’s ‘The Circle’ is a series that features its contestants, hailing from all walks of life, moving into the same apartment building to play a game where nothing is as it seems. Based on the British show of the same name, it is the perfect blend of what transpires when ‘Big Brother’ and ‘Catfish’ meet social media.

The twist, though, is that even though this is a popularity contest, the players never meet face-to-face. Their only means of communication is via the profiles they’ve created on the show’s specifically designed app. So, because the somewhat dystopic theme comes into play, you must be wondering whether it’s real or not, right? Well, we’ve got the details for you.

Is The Circle Scripted? Is It Real or Fake?

‘The Circle’ is billed as a reality series, and it is honestly as authentic as an entertainment program can get. Some people might think that pinpointing a catfish would be very easy in a surrounding where technology and the internet are given so much importance. However, the truth is that once the contestants enter their respective apartments, they’re completely isolated from the online and outside world. 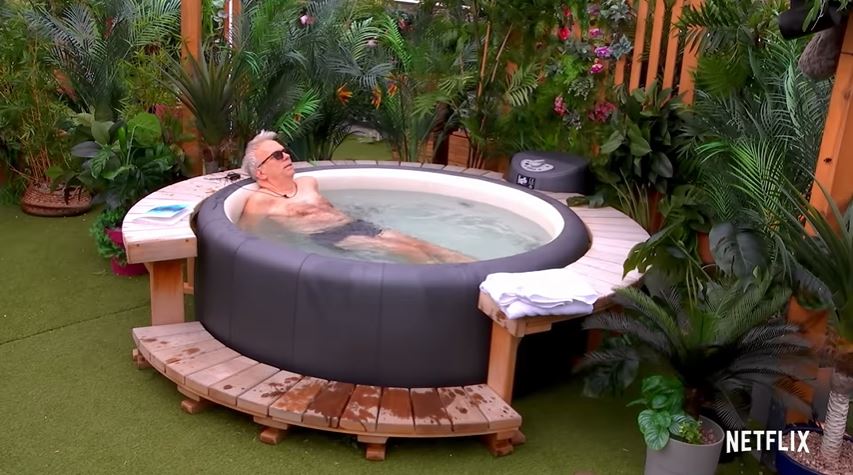 To maintain a sense of anonymity, the cast members are “not allowed to bring phones, laptops or any other devices” into their flats. Instead, they only have books, magazines, and pre-downloaded music or movies to keep them company. Of course, via ‘The Circle’ app, they can also talk to each other whenever they please. Moreover, in the time that it takes to film a season, the cast is only allowed to step outside of their apartments to use the building facilities, but even then, their movements are controlled so as to ensure that they don’t end up meeting each other.

Joey Sasso, the winner of ‘The Circle’ season one, made clear that everything from the rankings to the connections we see on our screens appears to be 100% genuine. He detailed his own experiences and said that when the players had conversations, they did get honest, which turned them into true friends and not just allies. With that said, though, the one thing that is “fake” about ‘The Circle’ is its app — not its entire existence, but aspects like its voice activation and recognition.

“The app is a proper piece of chat technology, a bit like WhatsApp, I suppose, with bells and whistles and lots of extra bits,” series creator Tim Harcourt revealed in an interview with Vulture. He clarified that although they initially did try to use the technology behind voice recognition, it was not an easy task. “[But] when you talk to the Circle, there’s a producer who’s transcribing what you say. Instantly, that gets pushed to the next room. So there is some humanity in the app, and that’s a couple of producers whose job it is to take dictation from the players.” Nevertheless, on the show, the participants seem amazed at the innovative technology that never stumbles over any of their commands. 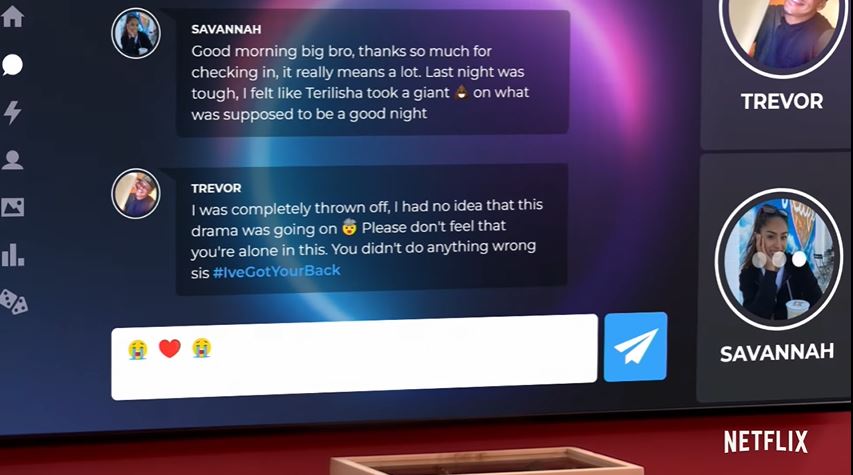 It appears as if ‘The Circle’ is not scripted, especially where it counts the most. But Tim Harcourt told Variety, “Each person has a producer and a camera operator reminding them at certain stages, helping guide them through the gameplay, sometimes helping them to articulate their thoughts.” Of course, they’re not memorizing lines or doing multiple takes for any scenes, but it seems as though there are definitely a few controlled aspects in this program. Apart from that, the players are free to do whatever they please. After all, with heavy editing and the post-production arrangements of footage, we only see what the creators want us to see, nothing less and nothing more. That is, anyway, the case with most reality tv shows.

Read More: Where to Sign Up For The Circle?