Is The Cleaning Lady Based on a True Story? 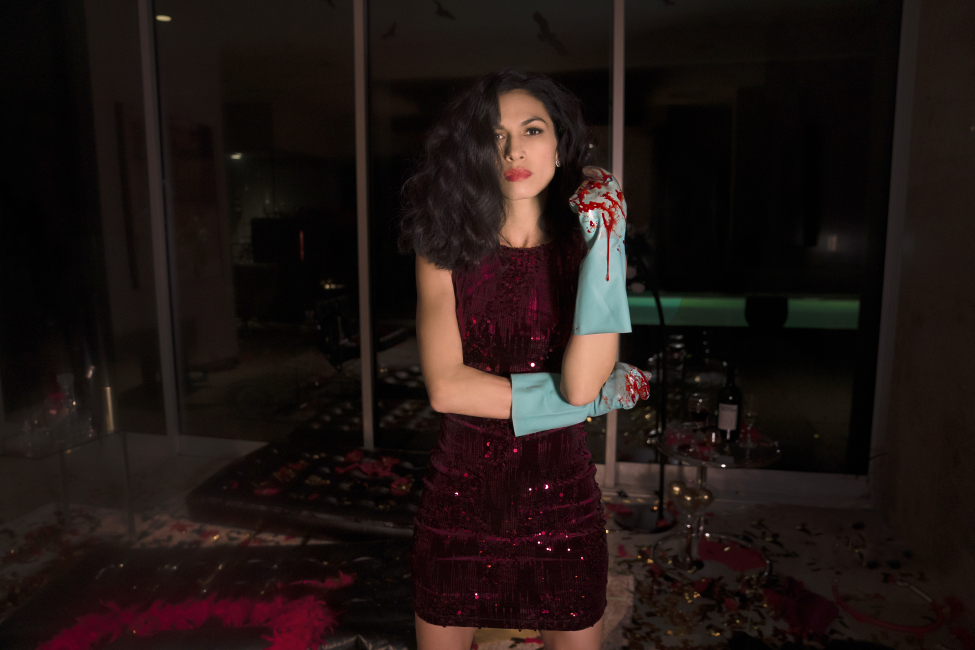 Created by Miranda Kwok, ‘The Cleaning Lady’ is an incredibly compelling crime drama that revolves around Thony De La Rosa, a Cambodian doctor, who comes to the United States of America in search of proper treatment for her ailing son. However, as nothing goes according to her original plan, she’s forced into hiding, and circumstances eventually lead her to become a cleaning lady for the mob. With that, though, she starts to forge her own path in the underworld for survival, driving us to wonder whether something like this ever really happened to inspire this tale. So, here’s what we found.

Is The Cleaning Lady Based on a True Story?

No, ‘The Cleaning Lady’ is not based on a true story. In fact, from what we can tell, this emotionally driven and darkly aspirational character series is just an adaptation of the Argentinian drama ‘La Chica Que Limpia’ (loosely translated to ‘The Lady Who Cleans’), which in itself seems fictional. While the Spanish-language show is helmed by writer Greta Molas and produced by Jaque Content, the former is co-produced between big names like Warner Bros. Television Studios and Fox Entertainment. And no element in either is directly derived from any event that transpired in the real world.

Nevertheless, since ‘The Cleaning Lady’ does touch upon aspects like family issues, desperation, and immigration, all the while highlighting the workings of organized crime, some facets of it do feel natural. Even the motive of the entire series appears to be to get people from all walks of life to connect to the characters in one way or the other, meaning that nothing is out of bounds. Élodie Yung (‘Daredevil‘ and ‘The Defenders’), a French-Cambodian actress who portrays the role of Thony, believed so as well. “I was so glad to land a part like this because she is an immigrant; she’s a fighter,” she said. “This hit home to me.”

“My dad came from another country and had to make his own place in France, so I could very much relate to that,” Élodie added. “I was so glad that I could be seen for the first time for really who I am as a whole person. It was so draining but beautiful to put myself in [my character’s] shoes and [go through] this whole journey that she has to go through. I think what I learned the most about her was this resilience.” Even Oliver Hudson (‘Rules of Engagement’ and ‘Splitting Up Together’) conceded that he relates to the FBI agent he plays because of their backgrounds and how that helped shape them into who they are.

In other words, ‘The Cleaning Lady’ brings dynamic interpersonal relationships and a woman’s determination not to be beaten down or marginalized to the forefront, leading us to examine our own beliefs and desires. We should also mention that cleaning in itself doesn’t play a massive role in the production, but yes, apart from the medical factors, Élodie also learned the basics of this to make things seem as authentic as possible; she didn’t have much experience in the field, not even for personal use. In the end, it was nothing but the crew’s vision and the format of ‘La Chica Que Limpia’ that brought the show to life.