Is The Humans Based on a True Story? 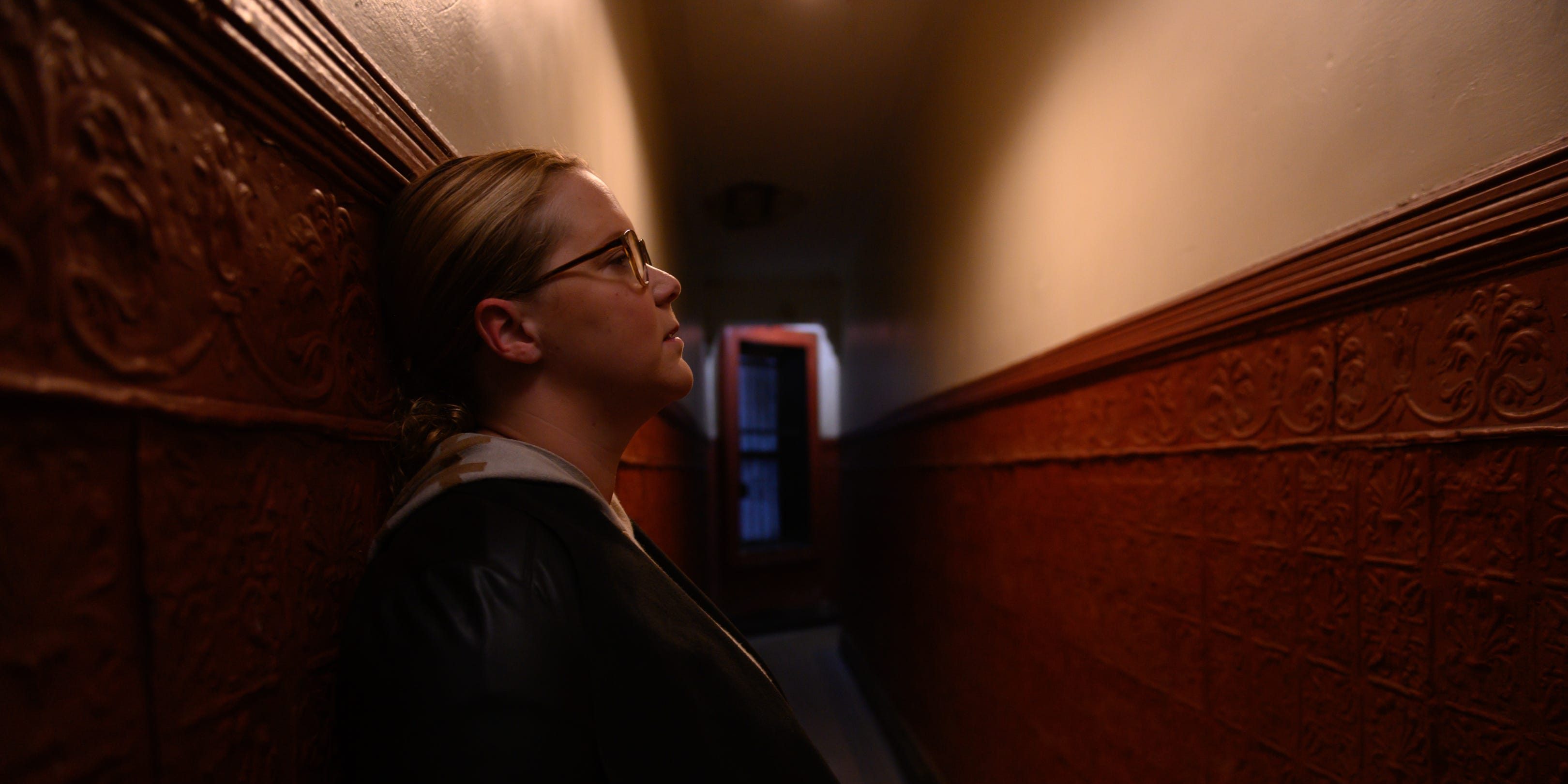 Stephen Karam’s directorial debut, ‘The Humans,’ is a drama film that centers upon the members of the Blake family as they gather to celebrate Thanksgiving. Set in Downtown Manhattan, the film progresses through the vignettes of the family members’ lives they share among each other and the emotional consequences that follow. While the tensions that arise emanate a horrific sense of reality, the viewers of the film can’t help but wonder about the truth behind this extremely relatable family. As the film makes one reflect upon their own family dynamics, we set out to find whether it is based on a true story. Here’s everything we found!

Is The Humans a True Story?

No, ‘The Humans’ is not based on a true story. The film is an adaptation of Stephen Karam’s own eponymous Tony Award-winning one-act play. In an interview given to CultureMap Dallas, Karam talked about what inspired him to write the play. “I was thinking a lot about the things that were keeping me up at night and that got me thinking about existential human fears: poverty, sickness, losing the love of someone… Was there a way to actually tell a story that might elicit some of those fears — or provide some thrills — while also talking about how human beings cope with them?” he said. 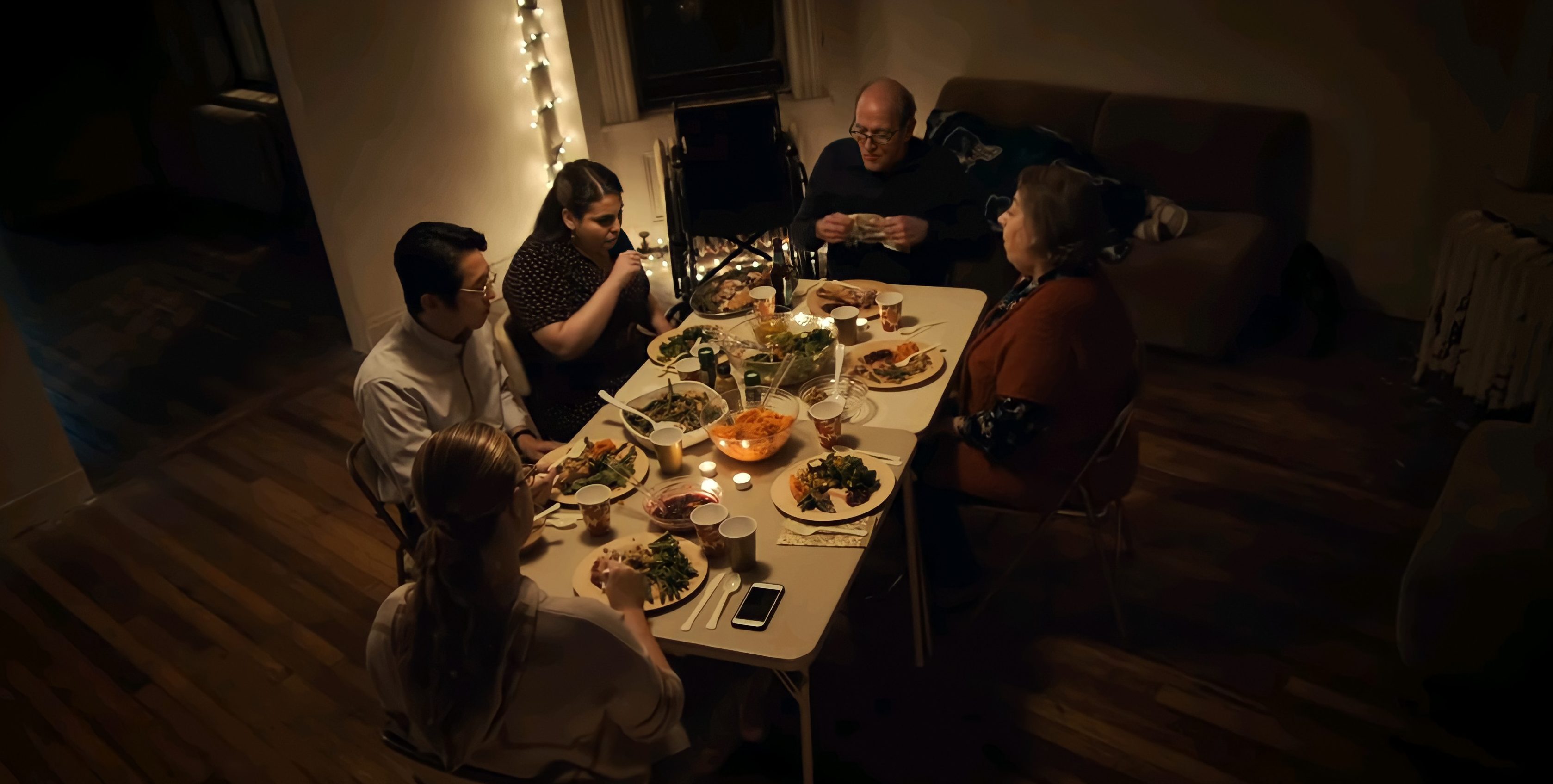 While the play stands on its own stage structure and form, the writing process was heavily influenced by the films Karam admired. For Karam, the adaptation of the play to the form of a film gave him an opportunity to honor those inspirations. “It’s like a love letter to the mediums that I love. I love family dramas and comedies and I love psychological thrillers and horror films,” Karam told Variety.

The motivation behind the adaptation was also the license the medium of cinema gave Karam to experiment with the genres he loves. “And I feel like the play always worked because the DNA of the play was very hard to describe. It was, in a good way, like a family drama, but somehow bent or tilted a little bit. And I feel like, with the film I could take advantage of that even more because it feels like it’s embracing this sort of DNA of a real genre collision, it feels like it’s a family thriller to me,” Karam added.

Even though the play is fictitious, the sense of reality that is present in the play or the film is not accidental. “So I’m drawing on real things, but ultimately I’ve written a fictional play,” Karam told The Guardian in 2016. He also went on to identify the play as an “emotional autobiography” in the same interview. As a resident of Manhattan’s Upper West Side himself, Karam has extensively experienced the nuances of life in New York City, which have inspired him in the creative process behind ‘The Humans.’

Within its fictionality, Karam gives life to a family that projects familiar realities in different ways. The subtleties that underline interaction between distinct generations, cultures, and morals construct the relatable core of this film. Even as a fictional account, ‘The Humans’ urges one to look deep into one’s own familial bonds and differences, and that’s how the film connects with real life, through us.

Read More: Where Was The Humans Filmed?