Is The Independent on Netflix, HBO Max, Hulu, or Prime? 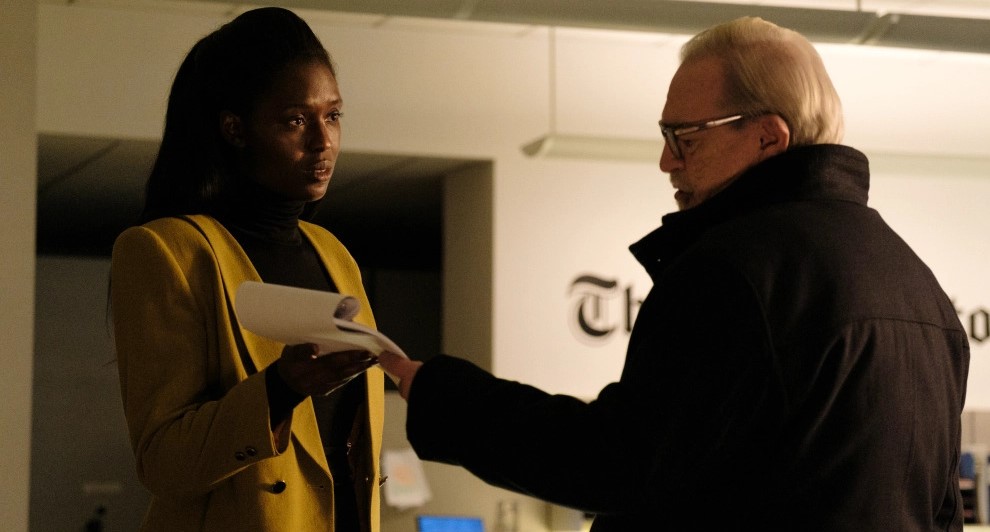 ‘The Independent’ is a 2022 political thriller movie set during the final few weeks of what seems to be one of the most critical presidential elections in the nation’s history. Directed by Amy Rice, the drama movie features impressive performances from talented actors, including Jodie Turner-Smith, Brian Cox, John Cena, Ann Dowd, and Luke Kirby.

Interestingly, the audience’s verdict is mixed, with many critics claiming the political movie to have twists and turns but mostly expected ones. While the story might not be everyone’s cup of tea, the stellar onscreen performances of the cast, mainly Cox, are worth witnessing. So, if you are interested in the movie and wish to know more about it, we have you covered!

What is The Independent About?

Set during the presidential elections between a woman candidate and the nation’s first viable independent candidate, the movie follows a young journalist who comes across a dark conspiracy as she is reporting the historic elections. So, with the help of her idol, Nick Booker, she attempts to bring the said conspiracy to light that can influence not only the elections but also the fate of the entire nation. Now that your interest has peaked, here are all the ways you can watch the John Cena-starrer online!

Is The Independent on Netflix?

No, ‘The Independent’ is not included in Netflix’s expansive collection. However, thanks to the streaming giant’s massive catalog, subscribers can turn to similar movies, such as ‘The Last Thing He Wanted‘ and ‘Code Name: Emperor.’

Is The Independent on Hulu?

Hulu subscribers might be disappointed that ‘The Independent’ is unavailable for streaming on the platform. Alternatively, you can watch similar political films on Hulu, including ‘Mr. Jones‘ and ‘The Hater.’ Although the latter is a satirical movie, it is also based around the elections, just like ‘The Independent.’

Is The Independent on Amazon Prime?

We hate to tell you that Amazon Prime Video doesn’t house ‘The Independent.’ But don’t let it disappoint you too much, as the streaming giant more than makes up for it by offering some excellent alternatives. We recommend you watch ‘The Report‘ and ‘Dark State.’

Is The Independent on HBO Max?

HBO Max subscribers will need to look for ‘The Independent’ on other platforms as it is not a part of the streamer’s content library. However, you can turn to HBO Max’s alternatives, such as ‘Miss Sloane‘ and ‘Backstabbing for Beginners.’

Where to Watch The Independent Online?

You can watch ‘The Independent’ on Peacock’s official website. Besides that, there is currently no other way to watch the political thriller online, whether by streaming or purchasing. Thus, we suggest you subscribe to the platform if you can’t wait to catch it!

How to Stream The Independent For Free?

Fortunately, Peacock offers a 7-day free trial to all its new subscribers; you can take advantage of this deal and stream ‘The Independent’ for free. That said, we urge our readers to always pay for the relevant subscriptions to watch their favorite content rather than turning to illegal methods to do the same.

Read More: Where Was The Independent Filmed?