Is The Midnight Club Based on a True Story or a Book? 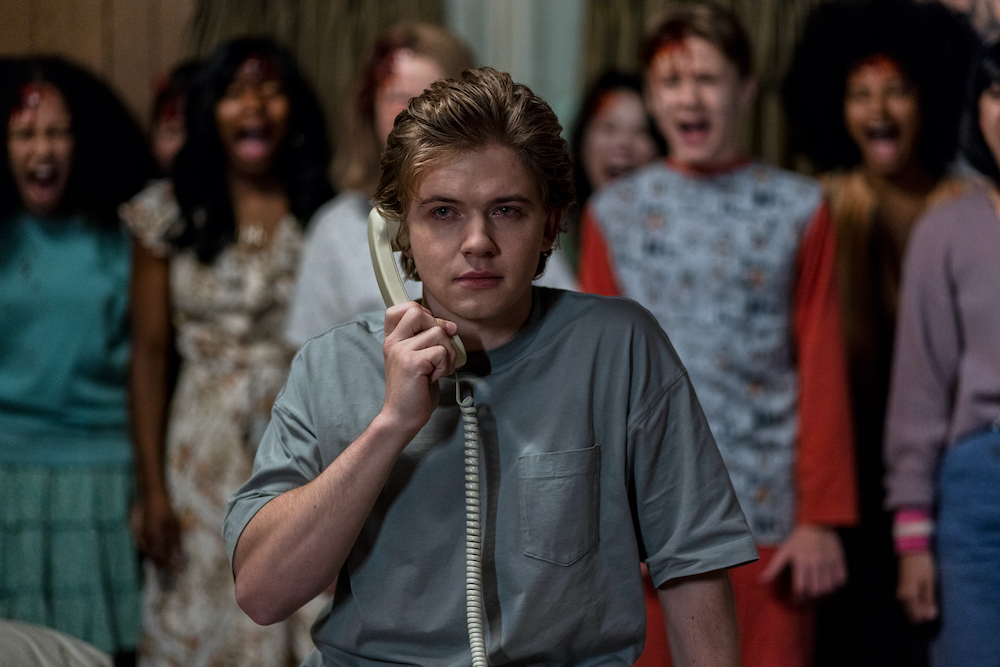 Netflix’s ‘The Midnight Club’ follows the story of a group of terminally ill kids who live in a hospice called Brightcliffe. They form a secret club where they assemble every night at midnight and tell each other scary stories. The protagonist of the story is Ilonka, whose arrival in the hospice leads to the uncovering of some dark secrets about the place. Created by Mike Flanagan and Leah Fong, the show follows the structure of a story within a story, using it to shed light on the psyche of the kids who are trying to come to terms with their mortality, while also discovering disturbing secrets about the place they call home. If you want to know what inspired the creators to come up with the show, then here’s what you need to know about it.

Is The Midnight Club a True Story?

‘The Midnight Club’ is not inspired by a true story but is based on the book of the same name by Christopher Pike (pen name for Kevin McFadden). Apart from this, the show also adapts Pike’s other novels like ‘Witch’, ‘Gimme a Kiss’, ‘The Wicked Heart’, and ‘Road to Nowhere’. The idea for ‘The Midnight Club’ came to Pike after he got in touch with a young teenage girl who was terminally ill. She was a fan of Pike’s work, and as her last wish, her parents reached out to the author, in the hopes that he might meet her.

Because the girl lived on the other side of the country, Pike was not able to meet her, but he remained in touch with her over letters and phone calls. She told him that at night, she and a few other patients at the hospital would meet up and discuss his books. As a tribute to her and her friends, Pike came up with ‘The Midnight Club’, but instead of discussing his own stories, he came up with new ones. Pike offered to share the first draft of the book with the girl, but she insisted to read it once it was published. Unfortunately, she didn’t survive by the time Pike was done with it.

When the book came out, Mike Flanagan was blown away by it. It was interesting for him to read a story about young adults that delved into heavy subjects like death, unlike other horror books Flanagan had read around that time. “His work was hugely formative for me. He wrote some pretty advanced stuff for his younger readers, and it was not at all uncommon for his teenage characters to die, pretty shockingly. His books were full of things I found really exciting and thrilling and dark. So I became a bit of an addict,” he said.

A few years later, when Flanagan embarked on his writing-directing career, he decided that ‘The Midnight Club’ would be his first film. He wrote a screenplay and gathered funding from his family and friends. Everything was set for Flanagan’s first low-budget film. But when he proposed it to Pike’s publishers, they sent him a cease and desist letter. It was upsetting for him, but he moved on to other projects and made a name for himself in the horror genre with ‘Gerald’s Game’ and ‘The Haunting of Hill House’, among others. Still, he couldn’t get ‘The Midnight Club’ out of his mind.

“The Midnight Club was a particular shock to me as a teenager because I thought I was getting this pulpy little YA novella that would be about a spooky Grim Reaper or something. But no, it was about teenagers having to reconcile with terminal diseases and with death. And it didn’t pull its punches there either. It was a real lesson in how you could use genre to talk about very serious things,” he said, Once again, he proposed the idea of an adaptation, but this time, it was a TV series. Luckily for him, this time Pike agreed and Flanagan not only got to adapt ‘The Midnight Club’, but he was also given access to other Pike stories that found their way into the show.

In making the Netflix series, the creators were intent on holding on to the core of the story and staying true to its themes. For Leah Fong, the stories of the kids at Brightcliffe hospice were about leaving a legacy. “All of us writers, we’re creating—we’re trying to leave behind something and that’s what these kids are doing with their stories. It’s what gets us through everything. They’re creating their own ghosts, something that they can leave behind after they’re gone,” she said. For Flanagan, it was about “having an agency over the last days of your life”. So, even though the show and the book that inspires it might be fictional in nature, both the author and the creators have kept the stories as grounded as possible, something that everyone can relate to.

Read More: Where is Netflix’s The Midnight Club Filmed?