Where is Netflix’s The Midnight Club Filmed? 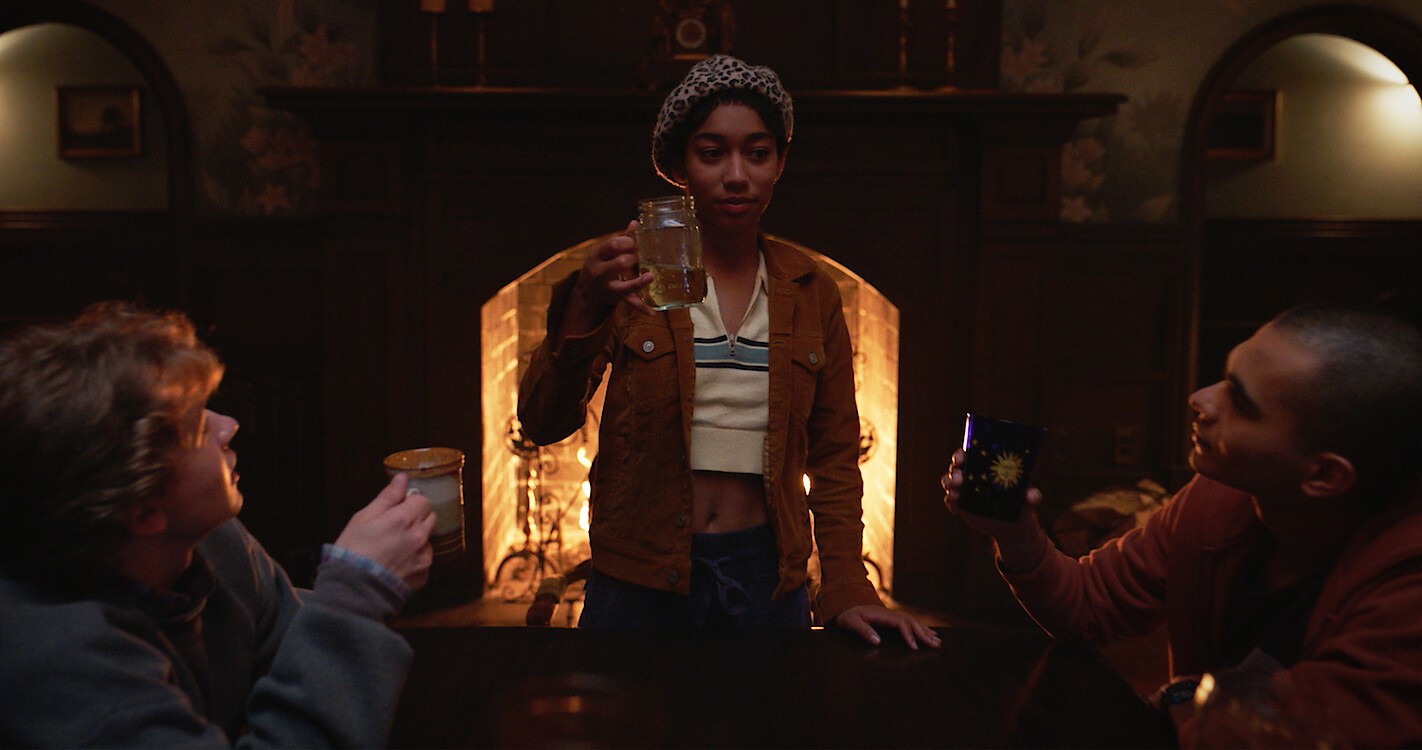 Based on Christopher Pike’s eponymous 1994 novel, Netflix’s ‘The Midnight Club’ is a horror mystery series that chronicles the life of a group of patients with a terminal illness residing in Brightcliffe Hospice who meet up each midnight to share some scary stories with each other. During one such night, they make a pact that the first one to fall victim to their disease has to send a sign from beyond the grave. Things take a wild turn when one of the hospice patients dies, and bizarre occurrences start to take place.

The thriller series is a creation of Leah Fong and Mike Flanagan, with the latter also serving as showrunner. The horrific and mysterious elements embedded in the series are responsible for keeping the viewers on the edge of their seats through each episode. The sinister stories of the patients set against haunting locations, including Brightcliffe Hospice, make one wonder where ‘The Midnight Club’ is shot. Well, if your mind has been wondering the same, we have got you covered!

‘The Midnight Club’ is filmed entirely in British Columbia, particularly in Metro Vancouver and Burnaby. The principal photography for the inaugural iteration of the horror series reportedly commenced in mid-March 2021 and wrapped up in early September of the same year. So, without further ado, let’s take a look at all the specific locations that make an appearance in the spooky addition to the Flanaganverse!

Many pivotal sequences for ‘The Midnight Club’ are lensed across Metro Vancouver AKA Greater Vancouver, a metropolitan area with Vancouver as its major urban center. In July 2021, the cast and crew members were spotted taping some important scenes for the debut season of the series in Ladner, a part of the city of Delta and a suburb of Vancouver. The filming unit was looking for a building with empty storefronts so they could entirely dress it the way they needed to. Ladner matched their requirements perfectly, especially after a fire broke out at the end of 2019, leaving many spaces vacant.

Ladner United Church at 4960 48 Avenue in Delta is one of the major filming sites for the series. The production team of ‘The Midnight Club’ also sets up camp on the Spanish Banks, a series of beaches in Vancouver along the shores of English Bay. Certain areas in the city of Surrey are also utilized for shooting a few scenes for the series. Moreover, they even reportedly recorded some sequences for the first season at a grocery store in Vancouver.

For shooting purposes, the filming unit of ‘The Midnight Club’ utilizes the locales of Burnaby, a city in the Lower Mainland region of British Columbia. The Bridge Studios at 2400 Boundary Road serves as one of the prominent production locations for the mystery series. The studio facility consists of 13 sound stages that range from 4,500 to 18,000 square feet.

Moreover, there are several executive offices, meeting rooms, kitchens, and exterior green screen permanent rigging points, making the production complex a suitable filming site for different kinds of productions. In addition, Central Park at 3883 Imperial Street can also be spotted in some scenes throughout the series. The studio has also served as a filming site for ‘Yellowjackets,’ ‘Jurassic World Dominion,’ as well as Flanagan’s other shows ‘The Haunting of Hill House,’ ‘The Haunting of Bly Manor’ and ‘The Midnight Mass.’

Read More: Is The Midnight Club Based on a True Story or a Book?