Is The Naked Director Based on a True Story?

Is The Naked Director Based on a True Story?

Yes, ‘The Naked Director’ is based on a true story. The show is based on the non-fiction book ‘Zenra Kantoku Muranishi Toru Den’ by Nobuhiro Motohashi and follows the life and exploits of the famous Japanese adult video director and innovator Toru Muranishi who shook up the porn industry in the late 80s and 90s. The effect he had on the industry, as well as his own chaotic journey, are the focus of the semi-autobiographical Japanese Netflix series whose script took the writers almost a year to pen. Jason George, one of the producers of the hit Netflix show ‘Narcos’ also joined the show’s team as a consultant. 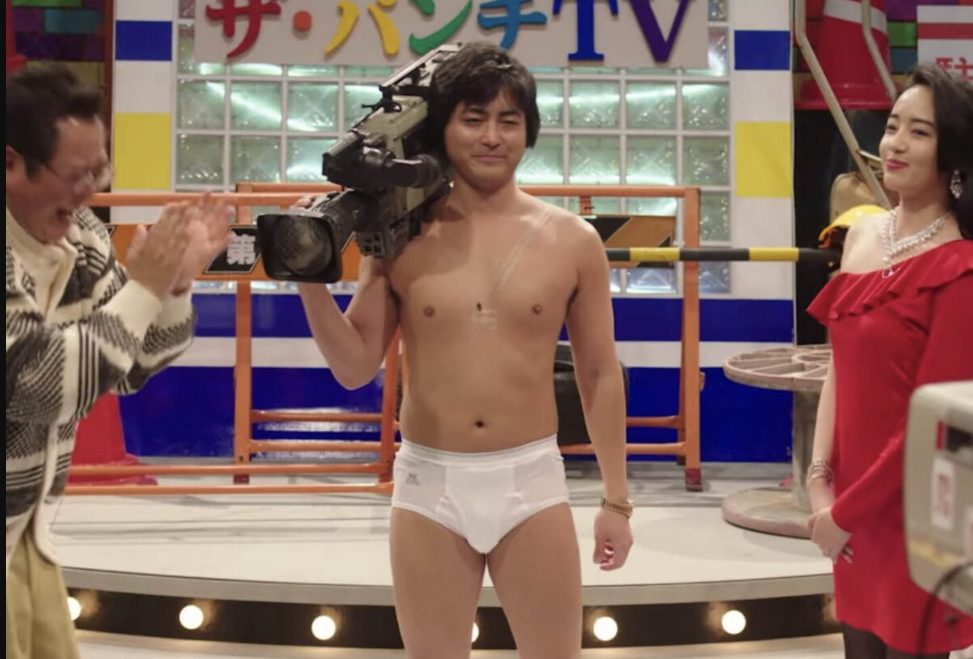 Muranishi, who is also known to have started the trend of using documentary filmmaking techniques in pornography, has claimed to have made over 3,000 adult videos and had sex with about 7,000 actresses. He has also been arrested 7 times, including on charges of employing underage actresses. The show’s depiction of Muranishi getting arrested in Hawaii is also accurate as the Japanese adult video director was held in custody for flying over 15 actresses from Japan into the United States.

The story of the real self-proclaimed “King of Porn” is perhaps even more colorful than pictured in the show, as the former encyclopedia salesman first joined the adult video studio Crystal Eizou in 1984 as an actor. He soon moved on to directing, where his groundbreaking new methods became well known. His subsequent venture, Diamond Visual, at one point had a turnover of over 10 billion Yen. However, his business folded, as did the broadcasting network he started, leaving Muranishi 5 billion Yen in debt. The prolific businessman refused to be kept down and, in 2014, at the age of 65, started a venue that held stage shows of popular pornographic actresses and models.

Muranishi is known to have helped launch the career of Kaoru Kuroki, an actress who became well known for her polished etiquette and expressive performances. As depicted on the show, her ample armpit hair was also a matter of great focus in the media. In fact, it inspired the establishment of Japan’s first Wakige Kurabu (armpit hair club) by a particularly ambitious sex shop operator in Shibuya. The club soon shut down, however, as the models it employed (who also sported bushy armpits) were unable to convincingly emulate Kuroki’s cultured demeanor.

The actress, who was a 21-year-old university student when she started appearing in adult videos, went on to become a defender of female sex-positivity in the national media, and was well known for her outspoken interviews. She eventually retired from public life in 1994. The prolific Muranishi, however, continued being in the public light for many more years and has been the subject of multiple documentaries that recount his incredible journey.

Over his career, apart from being an encyclopedia salesman and prolific director and commentator of the adult video industry, Muranishi has also run a noodle shop, sold towels, and been a human billboard. The show, which is unable to capture many aspects of his kaleidoscopic character and history, instead focuses on the highlights of his career as an adult filmmaker and manages to authentically capture his “naked” spirit.