Is The Negotiator Based on A True Story?

With F. Gary Gray at the helm, the 1998 action thriller movie ‘The Negotiator’ backs its high-tension drama with a star-studded cast ensemble. Samuel L. Jackson takes up the role of Danny Roman, the titular negotiator, who ironically finds himself at the other end of the negotiation table when a bunch of corrupt cops frames him for the murder of a whistleblower. With a scandal reaching up to who’s who of Chicago law and administration, they want to process Danny’s case as fast as possible.

In the meantime, Danny takes four hostages in the administration building and asks for Chris Sabian, a fellow negotiator from another neighborhood. Against the ticking clock, Chris Sabian must do everything in his power to ensure the safety of the hostages. In the course of the story, Danny gains the trust of Sabian, so much so that Sabian agrees to help him in his search for the truth. Now, you may want to know whether the film highlighting police corruption is based on real events. If the thought has indeed cropped up in your mind, allow us to take you further down the rabbit hole.

Is The Negotiator Based on A True Story?

‘The Negotiator’ is partially based on a true story. F. Gary Gray (‘Straight Outta Compton,’ ‘The Italian Job‘) directed the movie from a screenplay penned by James DeMonaco (of ‘Purge’ franchise fame) and Kevin Fox, but the storyline is ripped mainly from newspaper headlines. The film’s premise entails a negotiator, who becomes a hostage-taker, to uncover a corruption case within the police. 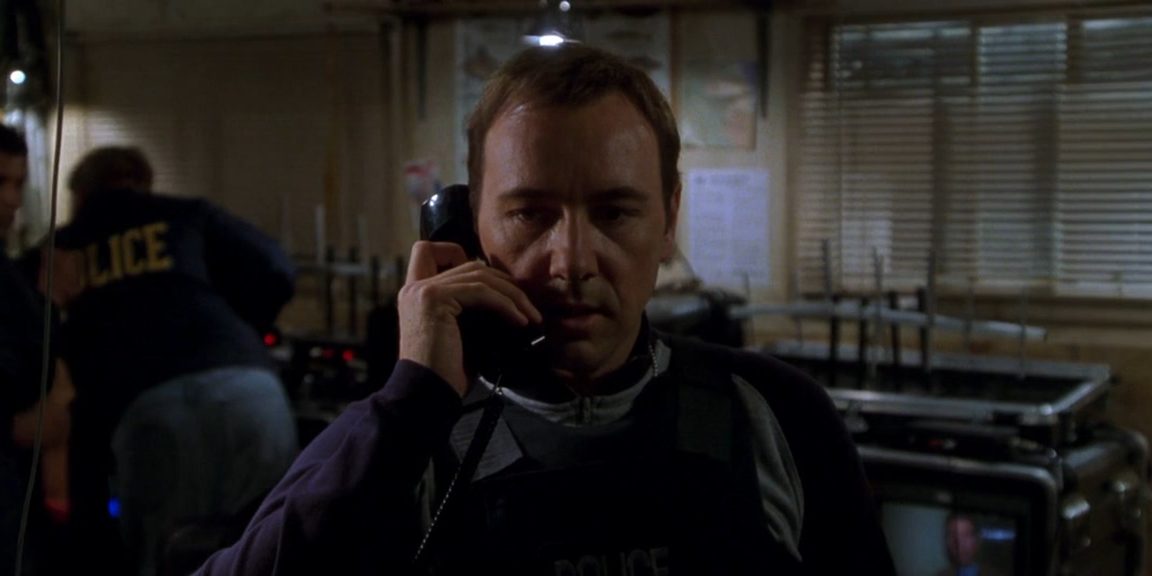 The storyline essentially takes inspiration from the incident of the headliner pension fund scandal that unfolded in St. Louis in 1988. As per sources, the real-life Danny Roman – Anthony D. Daniele – was sentenced to eight years in prison for laundering the money allocated for the pension fund. Daniele’s kickback scheme allegedly took out $333,000 from the fund. He took the help of a brokerage firm to set obnoxiously high commissions, which made him receive kickbacks. Along with the sentence, Daniele had to pay back $200,000 in compensation.

In short, Daniele found the ground underneath his feet slipping away. Several others were sentenced alongside Daniele. The attorney with the brokerage fund received a nine-year sentence, while most of the others involved in the scandal pleaded out. They received smaller sentences, ranging from six months to three years. However, Daniele was not the one to give up. Although he was not a negotiator like Danny Roman, he was part of the hostage-response team. The day after hearing his sentence, he could not keep it under control.

Daniele went back to the police precinct to get his revenge on John Frank, vice president of the city police board, who brought the corruption into the light. The negotiation process lasted about 25 hours before Daniele surrendered. Much like the film, the stand-off took place on an upper floor of a high-rise administrative office building. In both cases, the hostage-takers knew the rules of engagement. However, the setting of the storyline was shifted from St. Louis to Chicago for a gritty urban noir vibe. But the protagonist does not follow the trajectory of Daniele since he is indeed wrongfully convicted.

Moreover, by plotting a classic hostage situation, the movie cannot lose its association with ‘Die Hard‘ or ‘Dog Day Afternoon.’ However, as all the elements fell into place, the film finally became something of its own. The creative heads initially thought of a grand Mexican finale where the police surround the central character at a station. But Kevin Spacey thought the idea was hackneyed, and hence it had to be re-written. Therefore, the actor played a role in envisioning how the film ends. Taking all these aspects into account, the movie mingles reality and fiction quite well, although developed using the building blocks of a real-life incident.

Read More: Where Was The Negotiator Filmed?