Is The Neighborhood’s Beth Behrs Pregnant? 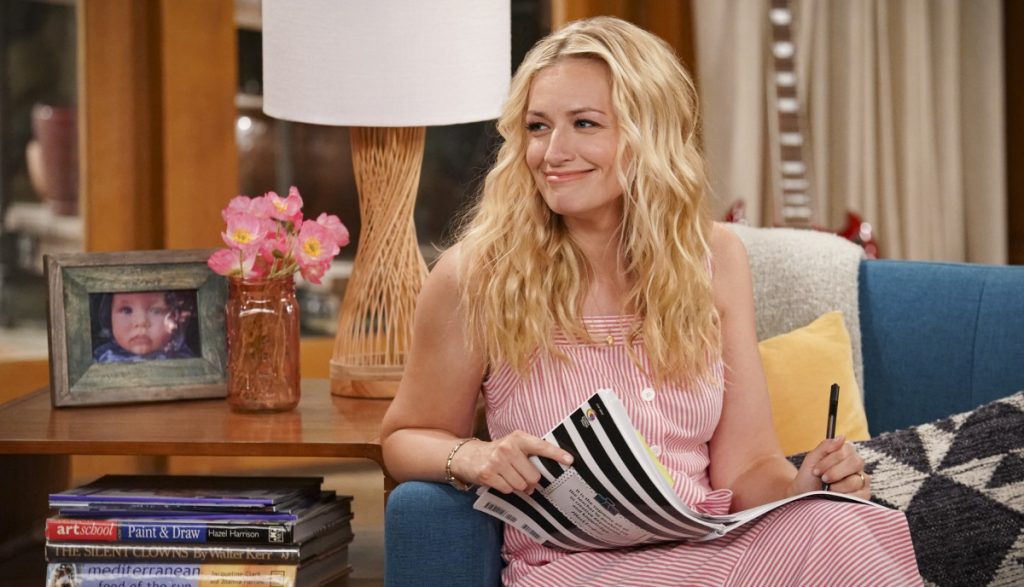 Most people first came to know about Beth Behrs because of her role as Caroline Channing in ‘2 Broke Girls.’ In 2018, the actress bagged a prominent role in the CBS sitcom titled ‘The Neighborhood.’ In the Jim Reynolds creation, Behrs portrays Gemma Johnson, who is offered a job as a Principal in a private school that prompts the Johnson family’s move to Pasadena. As you know, Gemma is Dave’s wife, and the couple has a son together, Grover.

In episode 16 of season 3, Gemma tells Dave that she wants to have another child, but Dave is not on board with the idea. To remind his wife of how difficult it is to raise a child, he puts a robotic doll posing as a newborn baby on the job. However, this episode put the spotlight on the actress as many fans started to wonder if Behrs is pregnant. If you are looking for updates on the same, we are here to share with you everything we know!

Is The Neighborhood’s Beth Behrs Pregnant?

For the uninitiated, Beth Behrs married the ‘Mad Men’ actor Michael Gladis in July 2018 in the city of Victor, in Teton County, Idaho. People have been discussing Behrs’ possible pregnancy ever since the couple got engaged in 2016, so this is not the first time the actress has had to deal with such rumors. Recently, a tabloid fueled the speculations after it claimed that the talented actress was seen with an alleged baby bump during a romantic dinner with her husband. However, this turned out to be untrue.

Neither Behrs has made any public announcement about being pregnant, nor has Gladis said anything regarding the same. At present, the couple does not have any kids. The couple seem to be focused on their respective careers. Apart from ‘2 Broke Girls,’ Behrs is also known for her appearance in an episode of ‘The Big Bang Theory,’ following which she landed the role of Gemma on ‘The Neighborhood.’ In 2020, she started hosting a podcast titled ‘Harmonics with Beth Behrs,’ where she interviews country and bluegrass musicians.

As for Gladis, the actor was recently seen in ‘Penny Dreadful: City of Angels,’ which was canceled after just one season. He is also a part of the cast of the film titled ‘The Mental State,’ which is in post-production. You may be surprised to learn that Gladis appears as Dr. Fisher in an episode of ‘The Neighborhood.’ However, apart from her career, Behrs spends a good amount of time on her physical health and mental well-being.

During a conversation on Access Live in October 2018, Behrs said she was “not ready to have a baby anytime soon” because it had only been a few months since she had gotten married. Several years have passed since she made that statement, which has given fans hope that the couple might make up their mind to start their own family. In that conversation, the actress also shared how much she loved working with her young co-star Hank Greenspan, who plays her on-screen son, Grover Johnson.

Expecting a child is an intimate experience, and many celebrities choose to keep it to themselves for as long as possible. Therefore, should Beth Behrs and her husband decide to have a baby, we will know when the couple is ready to share the news with the world. Till then, fans can enjoy Gemma’s entertaining dynamic with Grover.