Is The One And Only Ivan a True Story? 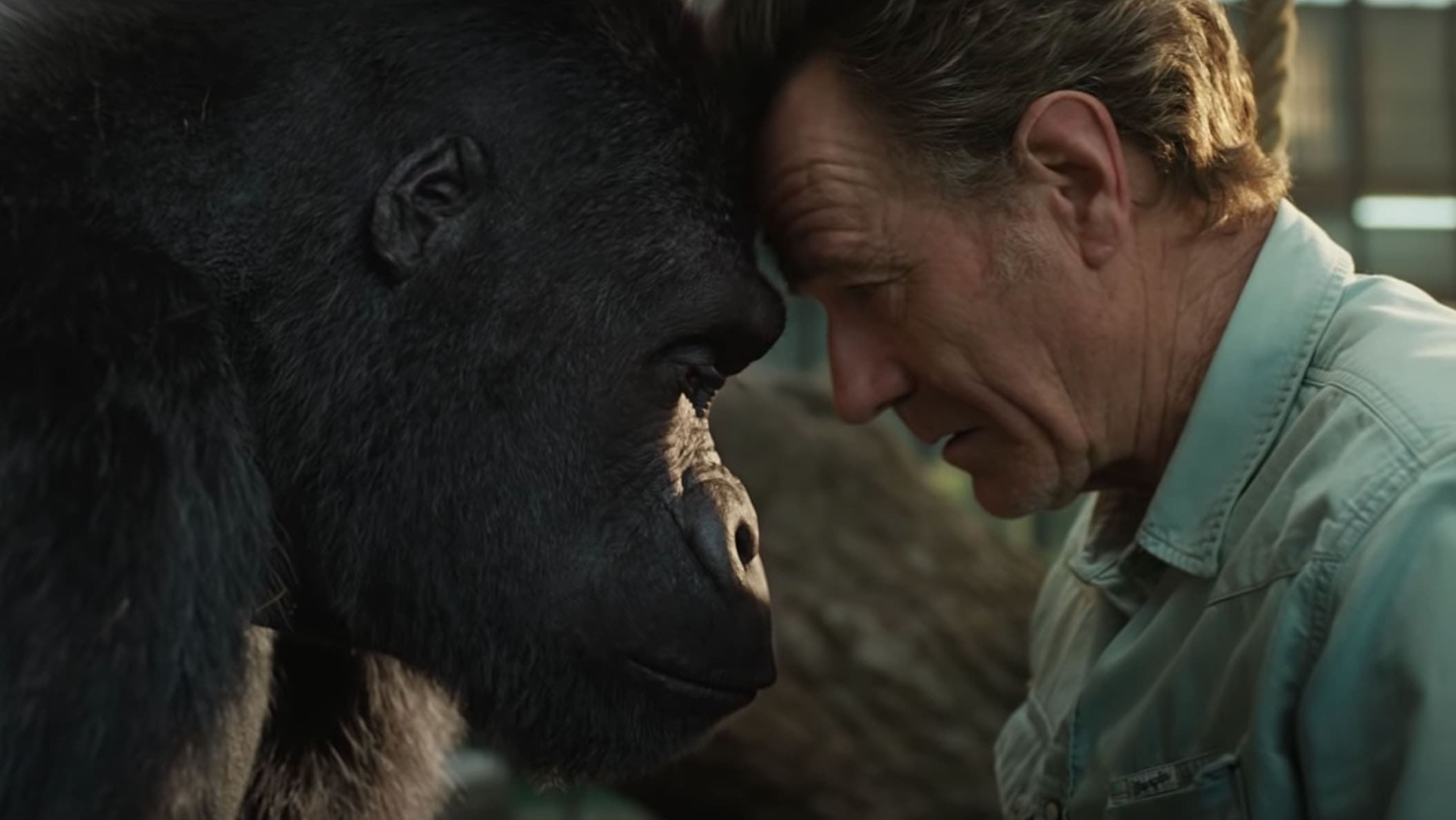 A family-friendly fantasy film, ‘The One And Only Ivan’ follows a giant gorilla and a baby elephant who yearns for the wilderness. Directed by Thea Sharrock (‘Me Before You’) and starring a plethora of big actors including Bryan Cranston and Ramón Rodríguez. Actors like Sam Rockwell, Angelina Jolie and Helen Mirren lend their voices to the film.

Ivan is a 400-pounds silverback gorilla who is born in a jungle but is taken away from his mother. At first, Ivan lives with Mack, the owner of Big Top Mall, and a circus manager. As he grows bigger, he is moved in a cage at Exit 8 of Big Top Mall and Video Arcade where many other animals are kept separately. Mack (played Bryan Cranston) owns all these animals in the hopes of higher income.

Ivan makes peace with his new place and befriends Stella (voiced by Angelina Jolie), an aging African elephant, and Bob (voiced by Danny DeVito) a stray dog. While Stella and Bob have no clear memories of their past lives, Ivan roughly remembers some of his jungle moments before he was captured.

The so-called normal life of Ivan starts to change when a new member is added to this group of misfits. She is an abused baby African elephant named Ruby (voiced by Brooklynn Prince) who was, not long ago, separated from her parents. Stella begins to care for her and Ivan likes this new baby as she reminds him of his old days in the jungle. He is caused to think where he came from and where he wishes to be.

Meanwhile, a janitor’s daughter, Julia (Ariana Greenblatt) who looks after Ruby, discovers Ivan can draw. Everything changes the moment, Ivan draws a forest in front of the audience as an expression of his longingness for home. Everyone is stunned and Mack is in a dilemma of whether to free the gorilla in his natural habitat or earn for his family.

As heart-warming as it can be, the story of Ivan makes the audience wonder whether this happened in reality (obviously, not the talking part)? If yes, then to what extent is it true? Here’s all that we know about it.

Is The One And Only Ivan Based on a True Story?

The One And Only Ivan is partially based on a true story. The film is inspired by an award-winning children’s novel of the same name written by K.A. Applegate. The novel is mostly a fictional tale but Applegate took her inspiration from a real-life western lowland Gorilla, Ivan. Born in 1962 in an African forest, Ivan was seized and brought to America. Allegedly, he wasn’t the only victim, his twin was also captured who died on the way.

At first, he lived in his owner’s home. As he grew, they had to shift him to a 40′ x 40′ cage where he lived for 27 years. This cage was kept for public display at a mall in Tacoma, Washington. The part that the shopping mall had an elephant and two chimps on display is directly borrowed from real life.

In real life, Ivan’s owners gave him crayons and other painting stuff. In fact, Evan’s paintings could even be purchased from a store at the time. While the movie shows Ivan painting a beautiful piece of art, the real-life Ivan drew what Gorillas with paint will draw. Real Ivan and his clan weren’t lucky enough to escape. It was only after the people got aware of what animal captivity did to them that words started to spread. Animal welfare organization, PAWS intervened and initiated a protest against Ivan’s owner and urged to boycott his mall/circus. Sometime after the campaign’s success, Ivan was moved to Atlanta Zoo. Here he lived his remaining years and died in 2012 at the age of 50. His life didn’t get better immediately. After living among humans for so long, Ivan had a tough time learning to live with other Gorillas.