Is The Railway Man Based on a True Story? 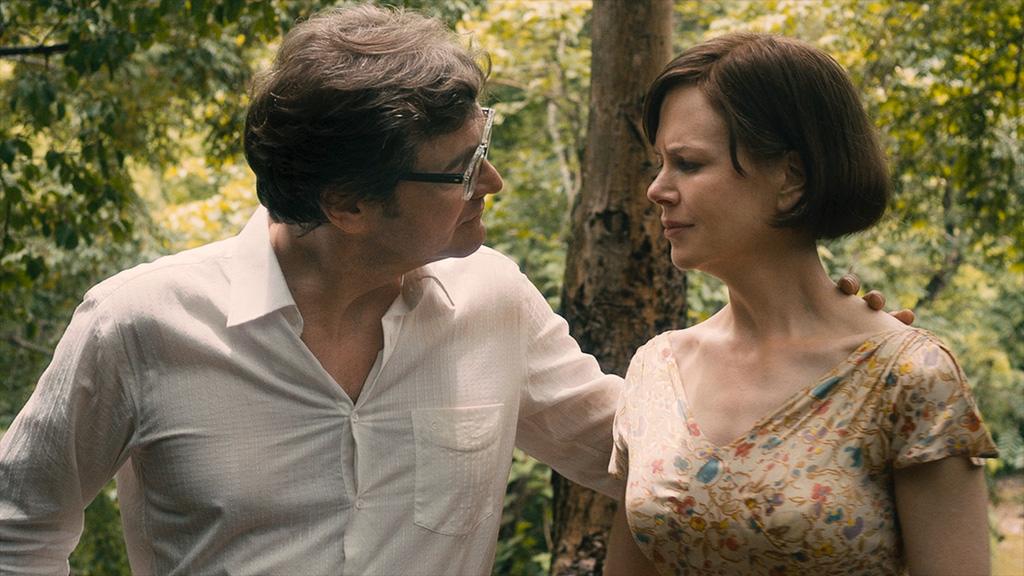 ‘The Railway Man’ is a story of a prisoner of war who confronts his tormentor years after he was rescued during the Second World War. The events that follow see the amalgamation of retribution, forgiveness and acceptance. The war movie ‘The Railway Man’ is directed by Jonathan Teplitzky, starring Colin Firth and Nicole Kidman as Eric Lomax and his wife Patti Lomax respectively. The 2013 movie recounts the dreadful experiences of prisoners of war. It also features Jeremy Irvine and Stellan Skarsgård in supporting roles. The movie is set during the World War 2 era and conveys a very real narrative of POWs, so let’s find out if the movie is inspired by true incidents.

Is The Railway Man a True Story?

Yes, ‘The Railway Man’ is based on a true story. Developed for the screen by Frank Cottrell Boyce and Andy Paterson, it is an adaptation of the eponymous autobiographical book by Eric Sutherland Lomax, a former British Army officer who endured severe torture as a Prisoner of War (POW) at the Japanese camp during World War II. With the exception of a few creative liberties and tweaks to make the transitions in the movie smoother, the plot of the movie is very close to what actually transpired in Eric’s life.

Talking about the essence of the movie in an interview with NPR, director Jonathan Teplitzky said, “The real essence of the story is – hopefully – true to what happened, which both Eric and Patti Lomax believe it to be. I mean, they were very much involved in the whole process and read all the drafts of the script. And Eric was still alive when we were making the film.” He further added that the crucial details, such as the facts about trains, that were very close to Eric were considered with the utmost attention and included as per his wishes.

In a conversation with Canberra Times, Eric’s wife, Patti Lomax, expressed her approval of the way the film was made. “I think it does it very well because although some of it can look over the top, it actually happened,” Patti said. She believed the makers did a great job of portraying the terrible atrocities of war. “But I really feel that that is only part of the story. It is a story that shows you why somebody is behaving as they are in modern times, and what can happen with untreated battle stress with anybody, really.”

However, a few details from Eric’s life has no mention in the movie. His first wife, Agnes, with whom Eric got married in 1945, just three weeks after he came back home is not shown in the film. They had gotten engaged just before Eric left for the war. Without knowing if he was alive or dead, Agnes waited for him for over three years. They were married for 37 years following the war and had three children together, Linda May Lomax, Eric Lomax Jr., and Charmaine Carole Lomax. While Eric Jr. passed away just hours after his birth, Linda lost her life in her 40s.

Eric simply calls Agnes “S” in his 1995 book. Eric reportedly admitted that his marriage with Agnes underwent tremendous damage because of the physical and emotional wounds he was subjected to as a POW. Talking about it, Eric said, “People thought I was coping… but inside I was falling apart … I had no self‑worth, no trust in people and lived in a world of my own. The privacy of the torture victim is more impregnable than any fortress.” He split from Agnes in 1982 and married Patti in 1983.

Regarding the same, Jonathan said, “The script and the film are really based on what we learned after we got to know Patti and Eric. The friendship that grew up there led them to tell us details of their story and to trust in us as filmmakers. A lot of what’s in the script actually came not from the book but from them directly, from our discussions with them and our other research.” Usually, filmmakers exercise some creative freedom to add a dramatic flair to the movie and make it entertaining enough for viewers.

One such example in the movie is when the POWs are rescued. The movie shows them still working on the tracks while in reality, by the time they were found, the track was already complete. In fact, they had bigger worries like bombings, diseases, and starvation. Secondly, Uncle Finlay is a somewhat fictitious character. He seems to be an amalgamation of a number of POWs who were friends with Eric Lomax. Finlay is not a character in the book ‘The Railway Man’ either. Finlay, though, seems to most closely resemble Jim Bradley, a companion POW to Eric in Changi, Singapore, in 1944, per the book.

When Eric and Bradley reconciled in 1989, Jim Bradley’s wife, Lindy, handed Eric the Japan Times’ edition of August 15, 1989, which featured a picture of Eric’s previous tormentor Takashi Nagase. In reality, Bradley did not kill himself, in contrast to the movie. ‘The Railway Man’ portrays Eric’s meeting with his unwitting former torturer to seek revenge but later changes his mind. However, in reality, Eric only wanted closure and a sense of meaning behind the captor’s actions even though his wife recalled that he threatened to harm Nagase until he actually met him in his 70s.

The revenge arc was added to the movie for dramatic effect. Patti had actually reached out to Nagase before Eric went to confront him. So, he knew that they were coming to meet him rather than be taken aback as in the movie. “‘How can you feel ‘forgiven,’ Mr. Nagase, if this particular former Far Eastern prisoner of war has not yet forgiven you?” Patti wrote in a letter. Nagase responded with the words, “The dagger of your letter thrust me into my heart to the bottom.”

However, the Japanese army’s treatment of the POWs is realistically depicted in the movie, despite at times being difficult to watch. Young Japanese men had been taught to worship the emperor for many years, and they had been brutally trained to be soldiers in their own country. In 1995, upon being interviewed for his book, Eric told The New York Times, “I have not forgiven Japan as a nation, but I have forgiven a man because he experienced great personal remorse.”

Eric penned the poem that opens the first scene of the movie. It helped him in tough times and kept him sane. Moreover, the fact that his wife Patti nudged him to seek help is also accurate. She urged him to get assistance for his nightmares, rages, and feelings of loneliness, as corroborated in ‘The Railway Man’ book. If he did not get assistance, she threatened to leave him. Eric passed away in 2012, without having watched the film. Thus, barring a few changes to package the story, ‘The Railway Man’ uses real-life incidents to drive the movie’s narrative.

Read More: Where was The Railway Man Filmed?