Is The Revenant Based on a True Story?

‘The Revenant’ is a post-western film directed by acclaimed director Alejandro Gonzalez Inarritu, one of the three amigos of Hollywood. Known for telling compelling stories of the human condition, Innaritu’s films often explore themes of human plight and resilience in the face of stark adversities, and ‘The Revenant’ is no different. Set in modern-day Dakota, the film revolves around the perilous journey of a group of huntsmen led by Hugh Glass (Leonardo DiCaprio).

An epic story of survival in the face of death, ‘The Revenant’ is one of those films that inspires one to overcome mammoth obstacles in life. Nominated for a total of 12 Academy Awards, ‘The Revenant’ has been acclaimed for its atmospheric epic vision and a star-laden cast. However, it would be more inspiring if the story is taken from the pages of history. Let us now inquire whether ‘The Revenant’ is rooted in reality. (There may be possible spoilers, so please tread carefully).

Is The Revenant Based on a True Story?

‘The Revenant’ is partially based on a true story. The acclaimed Academy Award-winning film is loosely based on Michael Punke’s novel of the same name. The novel in question illustrates the larger-than-life experiences of huntsman Hugh Glass in the North American wilderness. The story of the novel is further taken from ‘The Song of Hugh Glass,’ an epic poem in John G. Neihardt’s collection ‘A Cycle of the West,’ written in 1915. 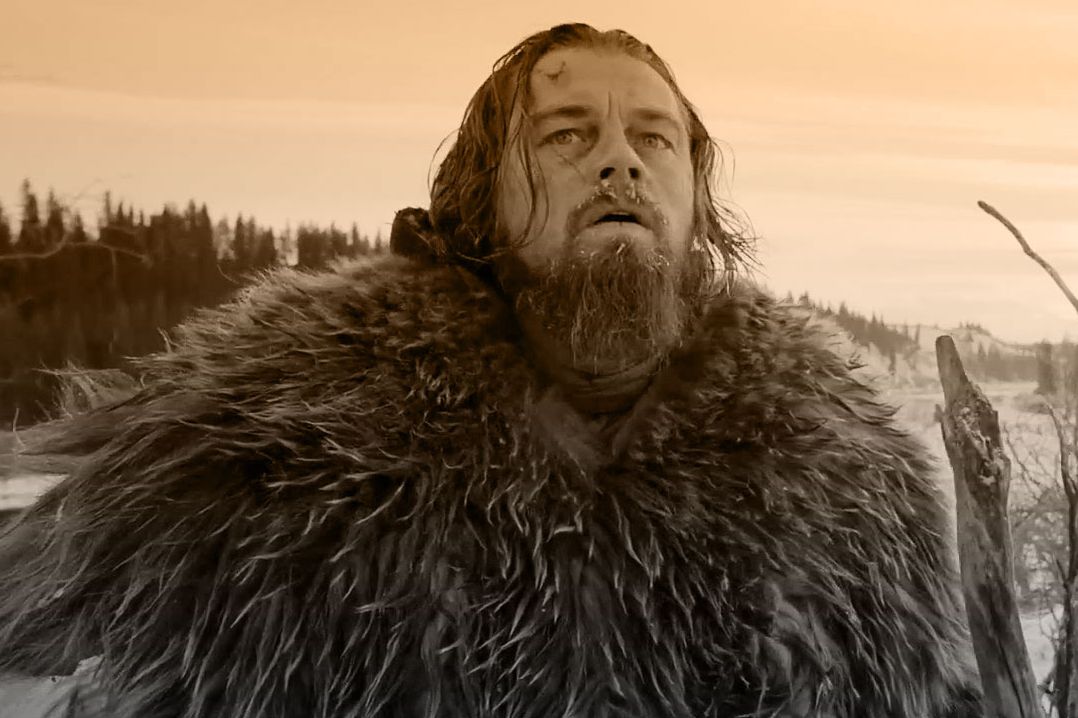 In the movie, the huntsmen are attacked by the Native American tribe of Arikara, who are searching for their chief’s daughter, and the hunters receive a blow in the process. With a few dead, the party of frontiersmen manages to escape on a boat down by the Missouri River. When Glass is attacked by a grizzly bear, an encounter which leaves him immobile and near-dead, the other leader of the party, John Fitzgerald (Tom Hardy), suggests performing a mercy killing to relieve him of his pain and evade the possibility of another Arikara attack. As Fitzgerald engages in brawls and betrayals, the integrity of the group is compromised. In the meantime, Glass is left in a ditch to die, and he must get back on his feet and try to survive against all odds.

This recap will help us understand the factual roots of the story better. You see, the narrative of Neihardt’s epic poem begins after the Leavenworth expedition of 1823 and the Arikara War that followed. The war was the result of a deep-rooted antagonism between Arikara warriors and trappers that scoured the forests for natural resources. We know from history that this rivalry between William H. Ashley’s trappers and the aboriginal tribesmen led to the death of 15 frontiersmen in a conflict in which Glass was injured.

The incident became the catalyst for Arikara War, as the US responded with an army of 1030 men, including foot soldiers, allies from the Sioux tribe, and trappers. The Arikara villages where the war took place have come to be known as “the Leavenworth site” by investigators and archaeologists. This incident would shed some light on the reason why the Arikara tribe attacks the party of trappers in the film in the first place and give us a much-needed context. However, “the chief’s daughter” appears to be a MacGuffin invented to take the story forward.

Speaking of the protagonist, Hugh Glass, as you may have guessed by now, was a real person who existed in history. He was indeed a frontiersman in Ashley’s fur trapping party who was mangled by a grizzly bear and left for dead and returned to Fort Kiowa on his own in an impossible feat. After an extraordinary amount of struggle and six weeks of endurance, he managed to get back on his feet and float downstream the Cheyenne River on a make-shift raft to reach Fort Kiowa.

However, his passion for vengeance was much lesser than the Hugh Glass whom we see on screen, as he did not have many reasons to be vengeful. Early 19th century Dakota was indeed an impassable terrain inhabited by gruesome grizzly bears, and coming across one was not an extraordinary event. As the frontiersmen killed wild animals for extracting furs, their lives were always fraught with invisible dangers of the wilderness.

While the perfect historical film does not exist due to a plethora of reasons, cinema can give us a convincing portrayal of the back pages of human civilization through recreating a parallel universe. While the story of the film is rooted in the history of the fur trade in the north and the conflict between aboriginals and colonizers in the nascent days of America, the director took some liberty to dramatize the film to an extent.

The director invested some effort to research and create an ambiance and a material culture that resemble the early 19th-century socio-political reality of the US, a fact which was reinstated by the use of Pawnee and Sahnish advisers in the course of making the film. And driven by a realistic portrayal of peripheries of history, the film succeeds in plunging the viewer into the depths of a dark continent, not yet industrialized and fraught with unforeseeable dangers.