Is The Trip Based on a True Story? 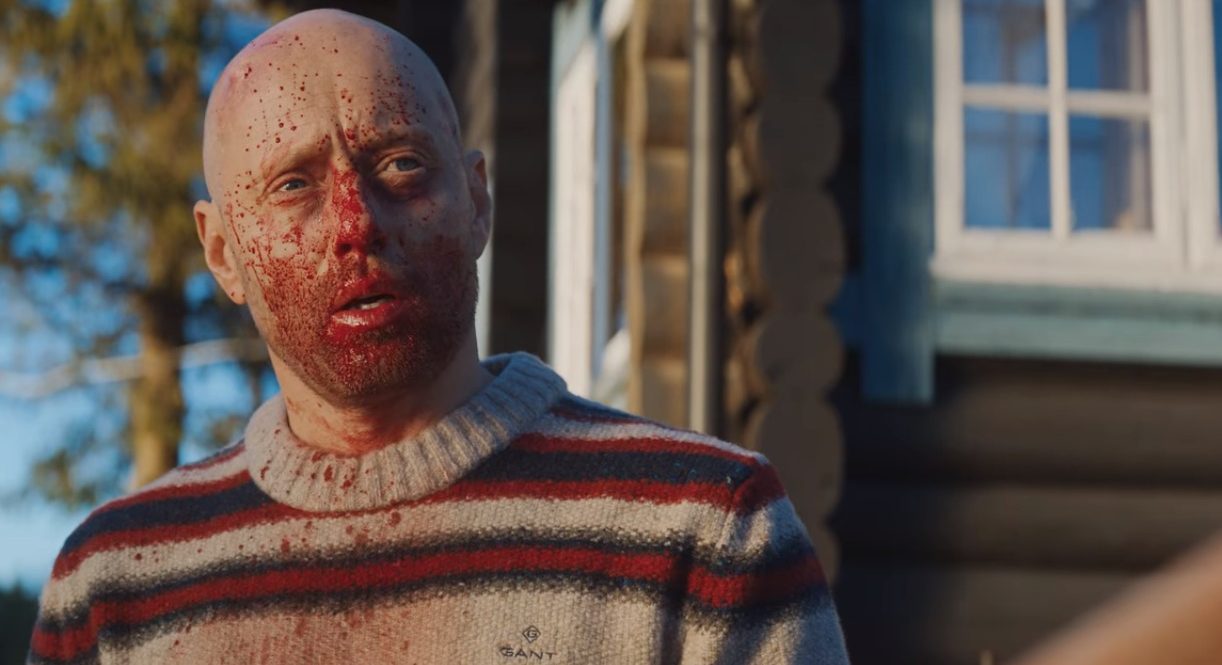 ‘The Trip’ (original title: ‘I onde dager’) follows television director Lars and his actress wife Lisa on a getaway to their cabin in the woods. Things begin to get chaotic when both husband and wife try to kill each other, and the Norwegian action thriller launches into a breathless and violent caper.

When three escaped convicts find themselves unwittingly involved in the situation, the warring couple has to deal with hardened criminals that have actually committed murders before. The film is a blood-spattered rollercoaster ride with twist after unpredictable twist, eventually leading to an equally unexpected outcome. Could some parts of the incredulous tale of ‘The Trip’ be based on real-life? We decided to find out.

Is The Trip Based on a True Story?

No, ‘The Trip’ is not based on a true story. The film is directed by Tommy Wirkola, who also co-wrote the script along with Nick Ball and John Niven. The director’s goal was reportedly to create a comical narrative that hinged on violent and dramatic situations, giving audiences the feeling that anything can happen at any moment.

The film’s mix of comedy, unpredictable plot twists, and graphic violence points to inspiration from the likes of Quentin Tarantino. This comes as no surprise considering Wirkola made his directorial debut with the 2007 ‘Kill Buljo: The Movie,’ which parodies Tarantino’s ‘Kill Bill.’ In fact, he (Wirkola) mentioned how the plot of his film could have taken place in the same universe as films by the Coen Brothers or Tarantino. Fittingly, there are scenes that feel like a “tip of the hat” to Tarantino’s works, like the one where Viktor is shot by Lars and goes flying backward, much like the racist ranch hand shot by Jamie Foxx’s eponymous character in ‘Django Unchained.’

However, Wirkola has taken this inspiration and given it his own twist, partly by basing the action in his native Norway. The down-to-earth natural setting of the movie, apart from being quintessentially Norwegian (especially the cabin getaway), also effectively contrasts the extreme situations that the film’s characters find themselves in. The theme of juxtaposition goes deeper, and the narrative walks a fine line between violence and comedy. On the subject, Wirkola claimed how a mix of comedians and dramatic actors allowed them to achieve a good balance between laughter and excitement.

The project was reportedly meant to be filmed in America but was interrupted by the COVID-19 pandemic. When Wirkola realized the effects of the pandemic were more manageable in Norway, the decision to move the production to his native country was made. This undoubtedly had a profound effect on the movie and gave it a distinctly “non-Hollywood” aesthetic despite the director drawing cues from some iconic Hollywood films.

‘The Trip’ is a clear work of fiction crafted to walk a very specific line between action and comedy. The film’s eclectic setting, graphic violence, and exaggerated characters all add to its overall aesthetic and complement the twisting and often incredulous plot points. Far from being based on a true story, ‘The Trip’ follows a theme of absurd credibility, which allows it to depict some truly unbelievable situations while also staying within the realm of possibility in order to make things even more dramatic.