Is The Unbearable Weight of Massive Talent Based on a True Story? 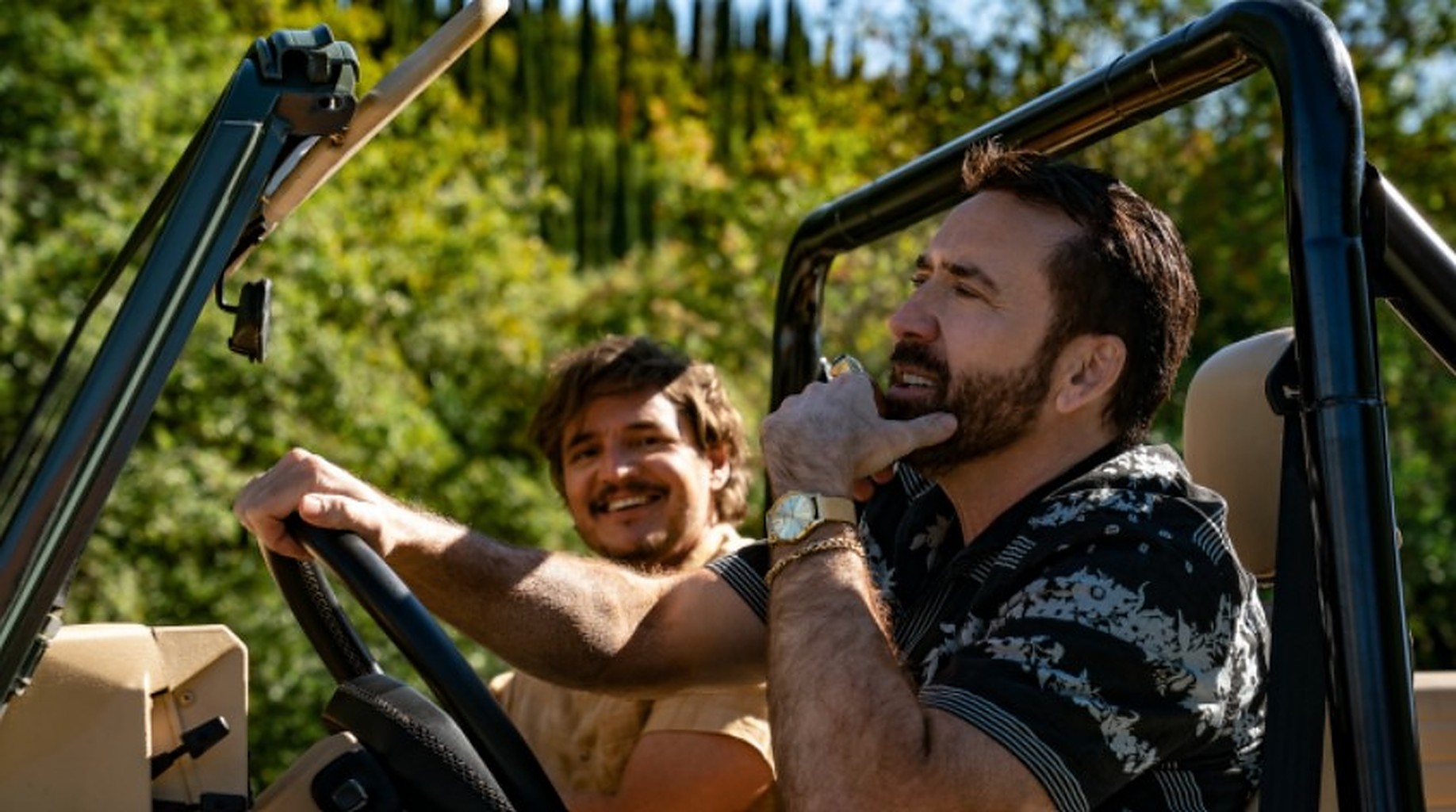 ‘The Unbearable Weight of Massive Talent’ is an entertaining action-comedy movie that depicts the unique relationship between a movie star and his ardent fan. Directed by Tom Gormican, it follows Hollywood superstar Nicolas AKA Nicky Cage, who is almost on the verge of bankruptcy. To save himself, he reluctantly agrees to attend the birthday of his billionaire fan Javi Gutierrez for the sum of $1 million. However, soon he is recruited by the CIA to help nab Javi, who is an infamous arms dealer.

Suddenly, Nicolas is forced to transform into various of his iconic characters from his hit movies to rescue his wife and daughter from an angered Javi. Thus begins a dangerous adventure where Nicolas must channel his entire talent to not just save his loved ones, but also his dipping career. Featuring a stellar cast led by Nicolas Cage and Pedro Pascal, ‘The Unbearable Weight of Massive Talent’ is a witty and exciting insight into the crazy life of celebrities. Curious to find out if the movie is inspired by any real people or incidents? Let’s get a closer look together!

Is The Unbearable Weight of Massive Talent a True Story?

No, ‘The Unbearable Weight of Massive Talent’ is not based on a true story. It is rather inspired by the various characters that legendary actor Nicolas Cage has essayed throughout his illustrious career. Moreover, he plays a highly parodied version of himself in the movie. According to the actor, he refused the role 3 to 4 times until director Tom Gormican sent him a sweet personal letter that pitched the movie as a touching tribute to Nicolas’ body of work.

Although, Nicolas did point out in an interview that his on-screen character is nowhere close to his personality. For instance, the Nick Cage in the movie isn’t too fond of spending time with his daughter, whereas in reality, the star has always prioritized family over work. He said, “I always put my family first, and I have turned down some enormous opportunities as a result of that. When I was in a divorce situation…I wouldn’t leave Weston to be in New Zealand for three years shooting ‘The Lord of the Rings‘ or ‘The Matrix.’ My choice was always wanting to stay in L.A. and be with my son.”

Moreover, Nicolas divulged that he is a rather quiet person and prefers to stay at home with his pets, contrary to the Nick in the movie who is overly hyper and self-obsessed, using profanity at the drop of a hat. Interestingly, he has based his young alter-ego Nicky in ‘The Unbearable Weight of Massive Talent’ on a few of his heyday interview appearances while promoting the movie ‘Wild at Heart.’ In another interview, he revealed how it was initially unsettling to portray an exaggerated version of himself, but gradually he eased into it.

Nicolas also elaborated on his process for understanding the character and how it needs to have an emotional element. He added, “I have a certain criteria that I meet in every movie for building a character. I design the character — the moves, the expressions, the vocalizations, some of what I’m going to say, from the ridiculous and hopefully to the sublime… So I noticed within day one or two after I got the first jitters of playing a character who actually has my name — and I’m still recovering from that — I realized the same criteria can be applied to this.”

Not just that, Tom and Kevin Etten, who wrote the movie together, spent hours studying and analyzing Nicolas’ movies, interviews, and characteristics, to help draw a line between his real and reel personalities for the movie. The actor as well provided his inputs and suggestions wherever it was suitable, to make the process more authentic. “So there were little things like that where we knew this will show him that we’ve done our research that we’ve studied what he’s into, and we sprinkled it with that kind of stuff,” Tom shared.

‘The Unbearable Weight of Massive Talent’ delves into the psyche of a celebrity whose career and fame are fading, causing him to be desperate for validation and work, and drowning in insecurity. This has been beautifully explored in many other movies like ‘Once Upon a Time in…Hollywood‘ and ‘A Star is Born‘ as well. In addition, the massive adulation fans have for their favorite actors is a pivotal part of the narrative, depicted through Javi’s obsession with Nicolas. To reinstate, we can say that though ‘The Unbearable Weight of Massive Talent’ is purely a work of fiction, it befittingly captures Nicolas Cage’s on-screen legacy.