All A Star is Born Movies, Ranked 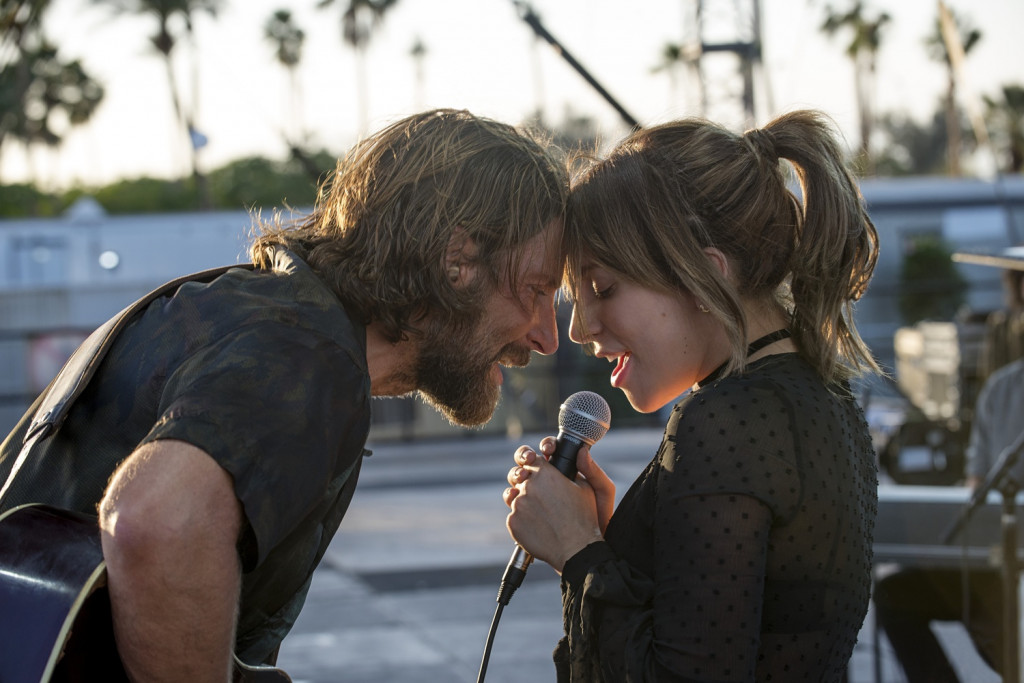 What was once the longstanding front runner in the race for the 91st Academy Award for Best Picture later became just another movie amidst the strange assortment of 2019 Oscars nominees. The folks behind ‘Green Book’, ‘Roma‘, ‘Bohemian Rhapsody’ and ‘Black Panther’ left Sunday night, the 24th of February, in cheerier dispositions, but the directorial debut of Bradley Cooper, Gaga’s first leading lady role and the fourth remake of an 80-year-old Warner Brothers property won the accolades of a fresh generation of spectators back in October of 2018.

For anyone wondering if the three former ‘A Star Is Born’ films are worth some appraisal, the answer is a resounding yes. Whether it’s the igniting spur of the sensation in the original 1937 movie or the rock star template adopted from the 1976 remake, everything about last year’s romantic musical phenomena is embedded in our culture’s apparently unalterable fascination with celebrity, self-destruction, nostalgic illustrations of love and the paradoxes of the American dream. With all that said now, Here’s the list of all ‘A Star is Born’ movies, ranked from worst to best. You can find some of these best A Star Born movies on Netflix, Hulu or Amazon Prime. 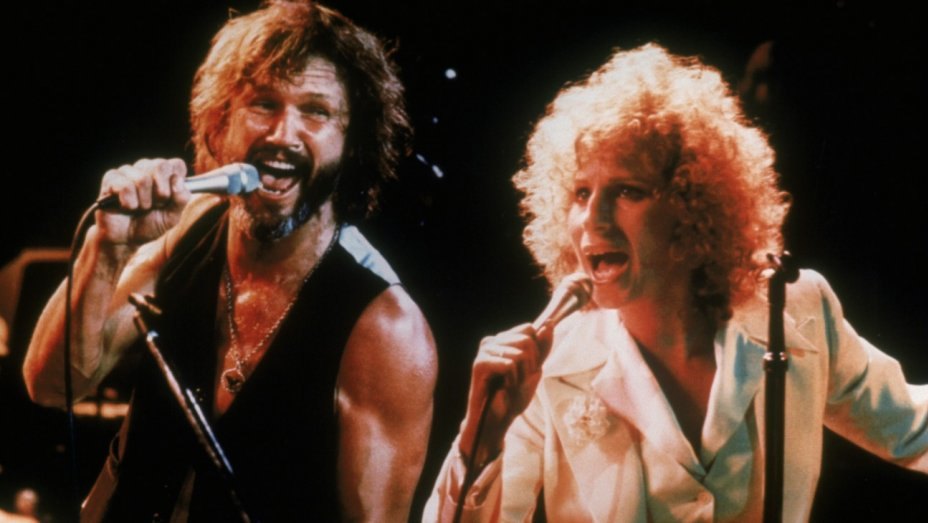 The most incontestably inferior ‘A Star Is Born’ has aged like a summer potato. With just a glance at the Kris Kristofferson and Barbra Streisand-helmed remake, one could be convinced Bradley Cooper witnessed a failed depiction of superstar courtship and saw an opportunity to update the outline in style. The structure to stage “Shallow” was set up perfectly over 40 years ago by writer and director Frank Pierson.

But just like every grating aspect of the third Star, the story’s key beats are hollowed out, the attraction between our leads is stunted at best and the writing – in song and in dialogue – is either laughable or just awful all depending. At its worst, Cooper’s revivified take is a more refined stroke of the same corny dialogue and strained acting. However, Cooper’s hand is deft when it comes to emotion and at least he and Gaga can dramatize onscreen with some passion.

Streisand produced her own project to showcase her singing abilities but she seemingly underestimated the amount of real acting she’d need to undertake. She’s gifted with comic strengths but Streisand, even more than Gaga, appears to have had too much to prove. Ridiculously overlong music performances – not of delightful show tunes or comfortable country pop mind you, but out-of-date arena rock – pad out the two and a half hours. The final scene is simply an unending shot of Streisand’s cheesy final performance – the barefaced ostentation is embarrassing and almost worth witnessing just to test your endurance. 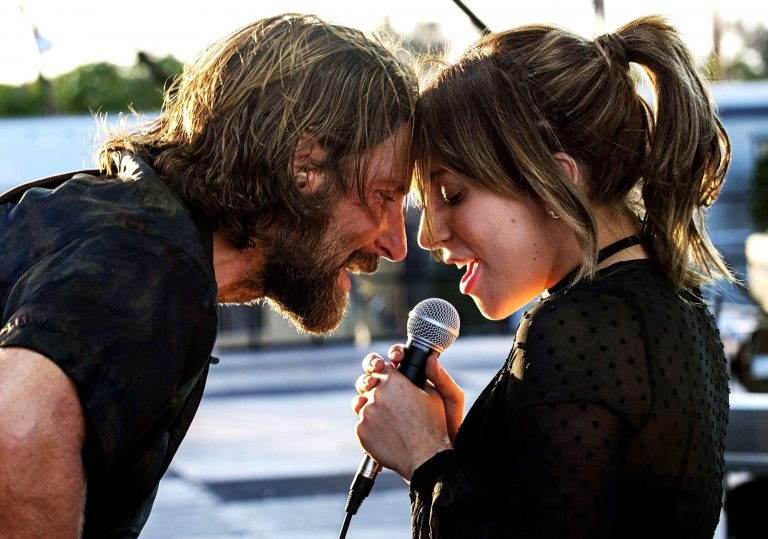 40 years later – the longest gap between entries – the potency of this premise hasn’t waned in the slightest. In the initial response to the trailer for the 2018 version, any sensible person would say humanizing media idols in the present is better left to people like Sofia Coppola and not the stars themselves. Yet something about Cooper’s forceful earnestness is impossible to resist.

Oscar buzz is nothing new for these films, but it was the first time in over 65 years. Each ‘A Star Is Born’ has been nominated for Best Actor and Best Actress except the obvious bad apple. But one thing transcending time in every film is melodrama, the crux of the fable. In theory, this version is infuriatingly dishonest; despite the updated realism, natural performances and a few vital cinematic moments (the first half is littered with excellent music excerpts), the respective vanity of both Bradley and Lady remains the most consummate aspect of this remake.

The lead pair are proven entertainers but this specific film doesn’t exercise much that isn’t evident in the immortality of its borrowed story. The loser now will be later to win and the first now will later be last – it’s everlasting, immutable stuff. Cooper’s ‘A Star Is Born’ is exalting, even cathartic in its highlight excerpts and furthermore a taut, emotionally extracting retelling of the story. It genuinely buys into the same structure and tastes of Old Hollywood. However the script foolishly follows sullying precedence from the 70s take, like telling it largely from the man’s perspective when it’s the new star’s side that matters most.

Gaga – a pop idol ceaselessly extolled for her naturally resonant voice despite Billboard-primed subject matter – and Cooper – in a self-directed performance that’s a little less Clint Eastwood and a little more stroke my ego – are splendid in general but they don’t elevate the archetypes enough to exactly earn our sympathies. The tears are spent regardless but Ally’s struggles are too unquestionably overcome and Jack’s ill-fated end is in plain sight from frame one. As great a job as Cooper did all around, the work was laid out for him in all respects.

Based on the evolution of popular taste – or lack thereof – it’s inescapable that a story of this nature would feel the need to be told every couple of decades. Two score removed from the most recent remake, Cooper at least found decent reasons to urgently and respectfully update the tale. But maybe after this, it really is time to let the old ways die – admirable try Bradley, but you’re not quite as far from the shallow as you think. 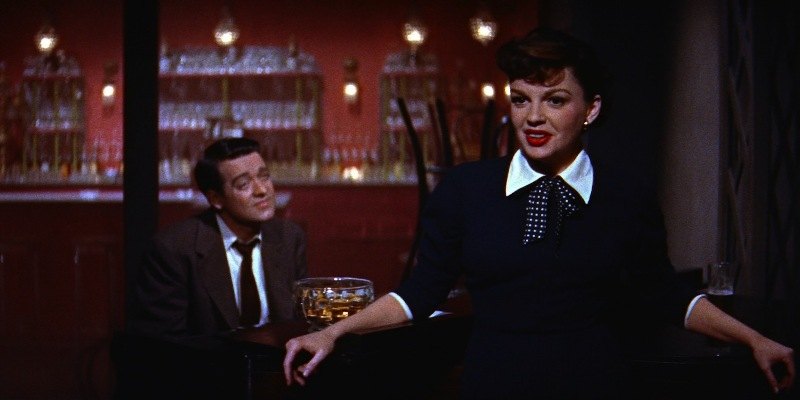 With the first musical redo, Judy Garland was able to operate quite the vehicle with which to flaunt her renowned childlike countenance and stellar pipes. The 1954 ‘A Star Is Born’ is visually exquisite, brandishing the finest embellishments of the films in question. Before ‘My Fair Lady’ a decade later, George Cukor’s first classic in the genre also wielded some exceptional insight by exploring themes through the exciting music numbers.

As a fairly direct reworking of the 1937 script, there aren’t many narrative surprises along the way but the luxuriant musical padding is an elegant progression of the Hollywood saga, although the performances by Garland and James Mason fall just short of those in the original. The second film fashions many ways to support the romance’s capacity for an epic three hour running time, especially drawing pathos from the probing pacing. For instance, the film’s standout musical number is able to depict the subtle details driving Norman and Vicki from each other’s comfort as the latter hits the peak of her career.

To the eye, this is ‘A Star Is Born’ done to perfection. This attempt also bridges the overarching transition from the star as actor to singer exclusively. Garland handles both the performance and vocals with measured grace, and Mason is keenly cast for his dangerously reflexive charms and borderline arrogant swagger. It’s not exactly ‘Singin’ in the Rain’ and yet this Star reigns as one of the formative musicals of the era before the 1960s found some perfection. 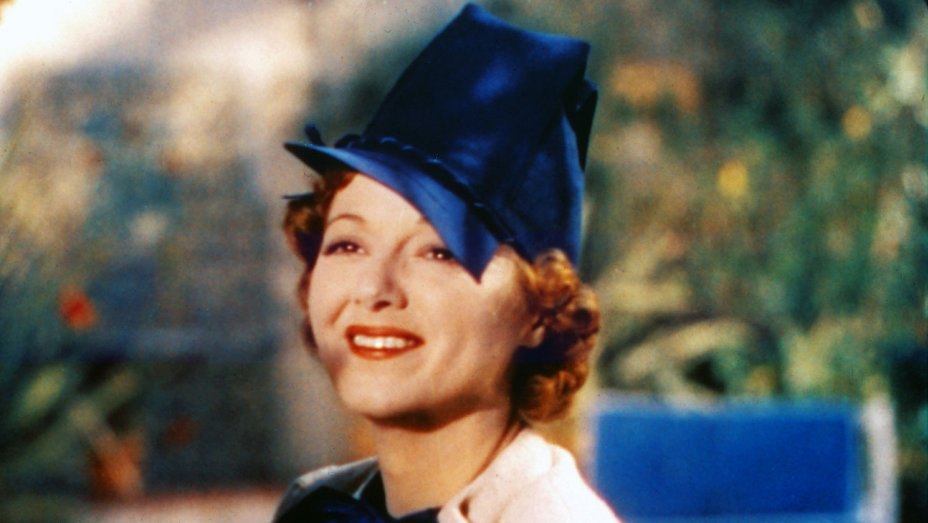 The best and truest example of Hollywood on Hollywood is the 1937 original ‘A Star Is Born’ starring Janet Gaynor and Fredric March. The crowning Star bears the most innate aplomb and most importantly, gives you plenty of time to understand the struggles, naiveté and tenaciousness of the girl who would become Vicky Lester before mediocre fortune turns in her favor. The Technicolor layers of the film – an exemplary work of colorization long before B&W was all but abandoned – are admirable to this day. That said, it’s still a hair shy of the opulent scope of the subsequent remake.

It’s Gaynor’s believable meekness that sets this ahead of other incarnations and lends a classic shimmer to her eventual success. Unlike one trash bag flung into a dumpster, Esther Blodgett actually wrestles with rejection and obscurity exclusively for the entire first act. Her transformation into Vicky Lester is not definitive from go and the inadvertent consequences of realizing your dream is honestly examined. As Esther engages in a montage of movie personalities while serving hors d’oeuvres at a Hollywood party, no movie will ever top the way her perseverance catches Norman’s eye. The toll of her happiness was never again so impressively investigated.