Is The Weekend Away Based on a True Story? 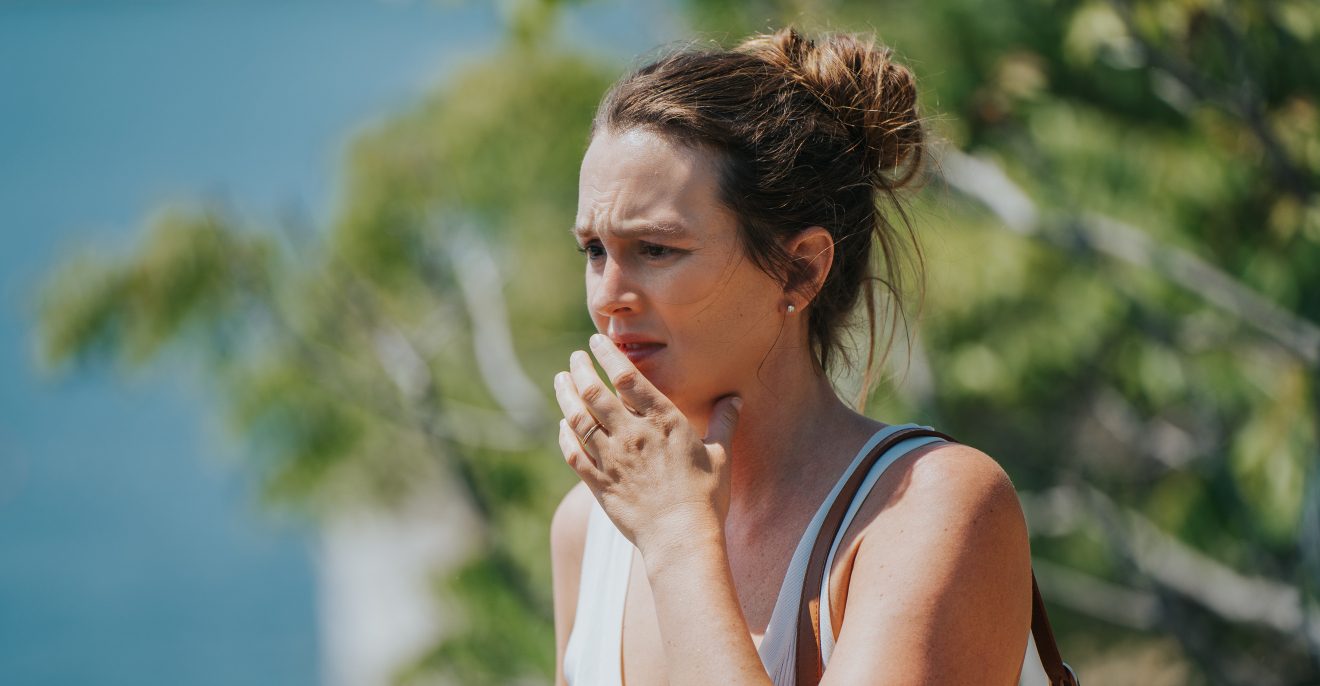 Set in Croatia, Netflix’s murder mystery film ‘The Weekend Away’ centers around the disappearance and eventual murder of Kate, while she spends a weekend with her best friend Beth. Upon Kate’s murder, Beth stays back in the foreign country and decides to solve the mystery behind her friend’s murder. She encounters a taxi driver named Zain to help her with her own investigation.

The film progresses through Beth’s investigation and the severe consequences of her findings. Directed by Kim Farrant, the mystery film succeeds in enthralling the viewers enough to make one curious about the real-life connections of its narrative. If you are interested in the same, let us be your ally!

Is The Weekend Away Based on a True Story?

No, ‘The Weekend Away’ is not based on a true story. The murder mystery is based on the eponymous novel written by Sarah Alderson, who also serves as the screenwriter of the film. The novel follows Orla and Kate, two best friends who spend their annual weekend away in Lisbon. After a night out, Orla wakes up the next morning and realizes that Kate has vanished. The novel follows Orla’s attempts to retrace their vacation to find out the truth behind Kate’s disappearance.

Alderson was inspired by a weekend she spent in Lisbon with her best friend to write the novel. The trip moved the author to write a novel about two friends in the captivating setting of the capital city of Portugal within the framework of a murder mystery. As someone who has always treasured friendships, Alderson effectively conceived the affecting relationship of Orla and Kate in the novel. While adapting the book to the film, one of the main objectives of Alderson was to bring the significance of female friendship in the author’s life to the narrative as the relationship between Beth and Kate.

There were several challenges in front of Alderson while adapting the book to the film. Due to the Covid-19 pandemic, filming in Lisbon wasn’t a viable option. Thus, Alderson changed the setting of the narrative from Lisbon to Croatia. The character of Orla became Beth as well. The author also changed the ending of the novel while adapting. The cliffhanger ending in the novel became a fulfilled narrative in the film. In an interview given in March 2022, Alderson talked about how she wanted to give a resolution to Beth. As the author said, Beth’s storyline and character arc get completed as a friend, wife, and mother in the film.’

Even within its fictional narrative, ‘The Weekend Away’ discusses real-life concerns like motherhood and life choices. Through Beth, the film explores the differences motherhood brings in an individual and how it can affect one’s life. In an interview given in February 2022, Alderson said that questioning choices one makes in the 20s and 30s, which is a prominent theme of the film, is perfectly fine. As the author mentioned, Beth goes through a transition phase in the film as she realizes that changes can be made to her life.

Alderson characterized Beth as someone who can touch the viewers’ hearts. The journey and evolution the character go through make us realize that life can be altered and choices aren’t definite. Within the fictionality of the film’s murder mystery, Beth’s storyline succeeds in communicating with the viewers concerning real-life issues. Considering that factor, the fiction of ‘The Weekend Away’ is incredibly rooted in reality.

Read More: Where Was The Weekend Away Filmed?