Is The Wolf and the Lion a True Story? Are the Wolf and Lion Real or Fake in the Movie? 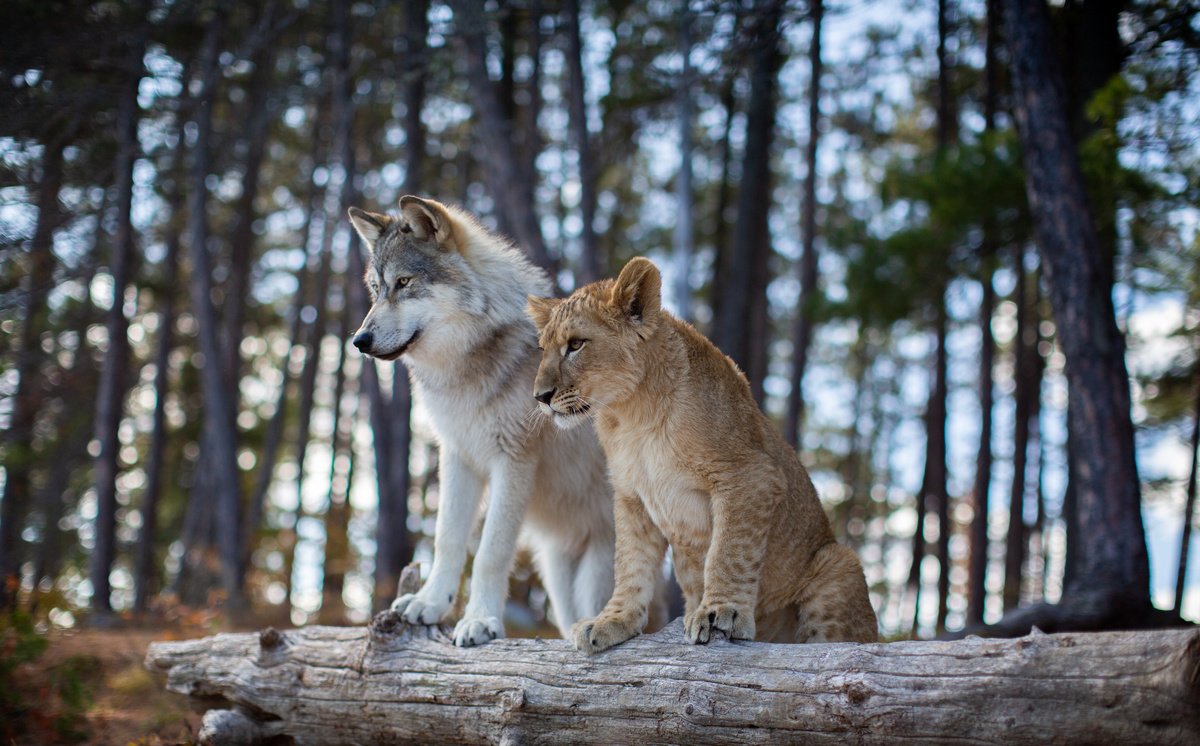 Directed by Gilles de Maistre, ‘The Wolf and the Lion’ is a touching family film. It revolves around Alma, a young pianist who travels to her childhood home on a remote island in Canada to attend her grandfather’s funeral. But the experience turns out to be life-changing as she chances upon a lion cub and a wolf cub, who she decides to adopt and care for. Their happiness is short-lived as the wild animals are discovered by the forest authorities and taken away from her. The core of the storyline is how the wolf and the lion find their way back to Alma.

Only a few people have the privilege of sharing such a close bond with animals like the one Alma has with Mozart the wolf and Dreamer the lion. Moreover, wolves and lions being friends is not something that we hear of quite often. So, could this mean that the movie is based on actual events? Here is everything you want to know in that regard!

Is The Wolf and the Lion Based on a True Story?

No, ‘The Wolf and the Lion’ is not based on a true story. The script for the film is co-written by Gilles de Maistre and his wife Prune de Maistre. The idea was first conceived in 2018 when the director and writer Gilles de Maistre was working on ‘Mia and the White Lion’ with Kevin Richardson aka “The Lion Whisperer.” At the time, animal trainer Andrew Simpson happened to visit the set of the film, and the three got talking about how they had never worked on a project that featured both a lion and a wolf. So, they decided to work on a film together, but Richardson had to drop out due to other commitments. 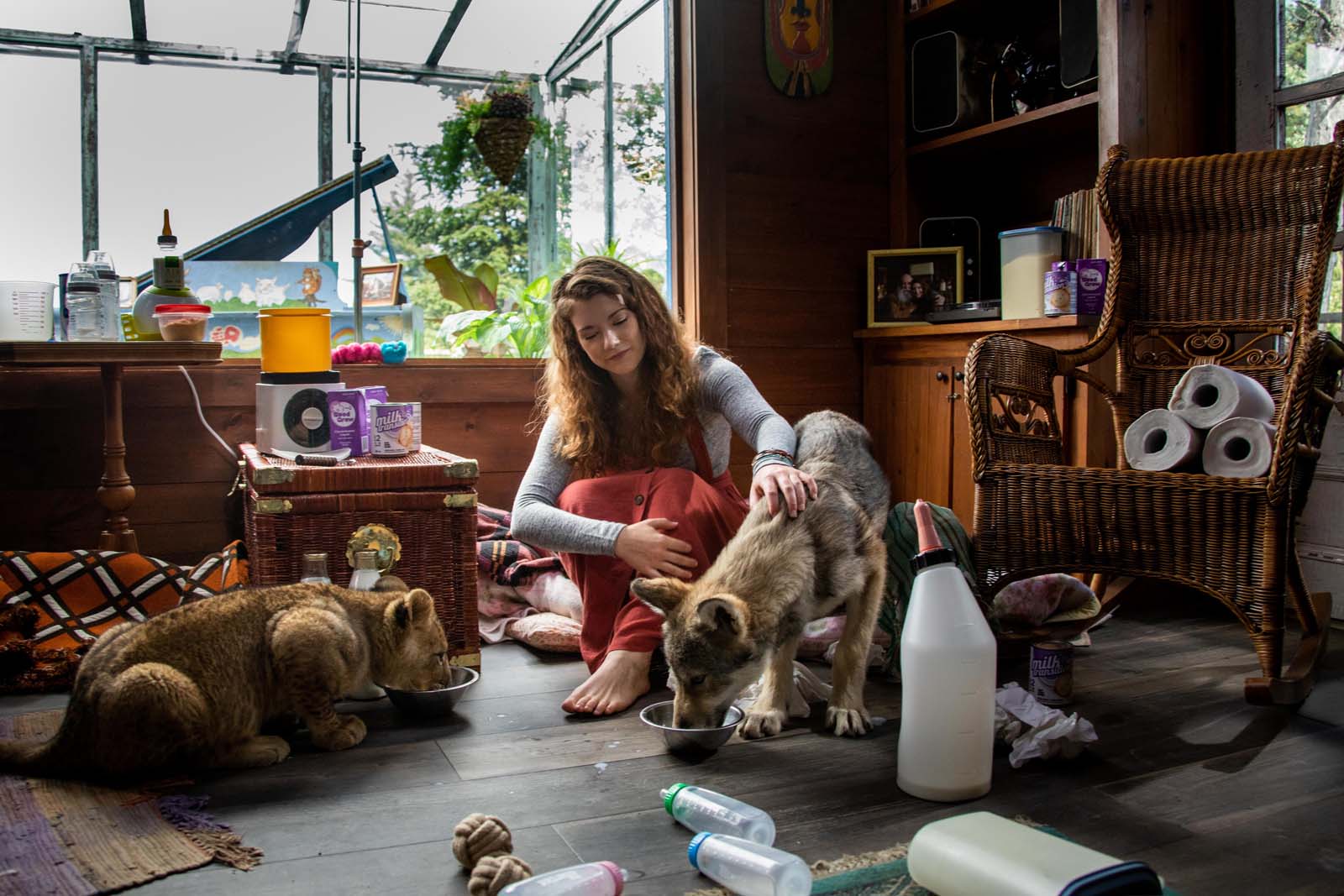 Moreover, in several interviews, Gilles admitted that he and his wife like to work on films that give out a message. The couple share six children together, who are often their target audience. Through a film like this one, they wanted to highlight the importance of nature and letting wild animals live freely in their natural environment. But most importantly, the touching storyline underlines the fact that if two wild animals who are normally considered mortal enemies can live together like siblings, so can we. Therefore, a family is formed by a bond between souls and not necessarily a mandate guided by one’s genetic makeup.

Are the Wolf and Lion Real or Fake in the Movie?

The most interesting aspect of the film is that it features a real lion and wolf. For a movie with such a strong emotional hook, Gilles felt it was important for the animals to share a genuine relationship. He did not want to use CGI for scenes where Mozart and Dreamer interact with each other. Naturally, this came with its own set of challenges as the animal actors Walter the lion and Paddington the wolf were not trained to behave a certain way. Instead, the crew worked around whatever they did. Sometimes, this even meant that changes had to be made to the storyline, which was kept quite flexible.

Since the film was shot using actual animals, it was important to cast actors who felt comfortable in their presence. Molly Kunz became the perfect choice to portray Alma, although she was hesitant at first. The actress was introduced to Walter and Paddington when they were only five weeks old. She played with them, fed them, and spent time with them. This helped her understand them as she saw their personalities develop over the one and a half years that she worked on the film.

To maintain a relationship with Walter and Paddington, Kunz would meet them over weekends even when she wasn’t filming. In an interview in February 2022, she revealed that working with her animal co-stars was all the more special because she never had pets growing up. So, she discovered a whole new part of herself that she did not know existed. Learning about how much she could trust and love the animals was truly a touching experience for her. Kunz admitted that she came to think of them as family and often misses them.

Before Kunz signed the film, she visited Andrew Simpson’s animal reserve in Alberta. The Scottish animal trainer advised her to be honest with herself and only do the movie if she could trust the process and the animals. So, she spent time with the wolves at Instinct: Animals For Film. As per sources, she walked along with a pack of 40 wolves to ensure that she was at ease.

Now, you must be wondering what happened to Walter and Paddington after the film shoot. Because the two animals have been together since they were just a month old, they grew up with each other and share a very special bond. That is why the team felt that it would be cruel to separate the two, who now live in their forever home at Simpson’s animal reserve. So, although the film’s storyline is fictional, the bond that Alma, Mozart, and Dreamer share is absolutely real.

Read More: Where Was The Wolf and the Lion Filmed?