Is There Will Be Blood Based on a True Story?

Paul Thomas Anderson’s 2007 period drama ‘There Will Be Blood’ is considered to be an unforgettable gem of modern cinema. It thus comes as no surprise that the Daniel Day-Lewis starrer garnered several prestigious accolades, most notably two Oscars. The movie follows the journey of oilman Daniel Plainview as he establishes a drilling company in Southern California and goes to extreme lengths to satisfy his greed for money and power. Touching upon themes of capitalism and religion, ‘There Will Be Blood’ is a grim exploration of the morality and motives of men drowning in their own belief systems and ruthlessly proceeding with a one-track mind.

As far as period pieces go, ‘There Will Be Blood’ is brilliant, brutal, and cuts no corners in its storytelling. Its portrayal of the at-once pious and proud, grimy, and greedy world of late 19th Century and early 20th Century America has made many fans wonder about its connection to reality. Is the movie based on actual historical events? Is it based on a true story? Or is it just the fantastic imagination of Anderson? Let’s dive right in and find out.

Is There Will Be Blood Based on a True Story?

No, ‘There Will Be Blood’ is partially based on a true story. It uses events from history to further its mostly fictional narrative. Anderson loosely based the movie on writer and politician Upton Sinclair’s 1927 novel ‘Oil!’ — a satirical exploration of the American oil industry in the wake of one of the country’s biggest political scandals, the 1921-1923 Teapot Dome scandal. However, “loosely” is the keyword here.

“We were really unfaithful to the book,” said Anderson. “With ‘There Will Be Blood,’ I didn’t even really feel like I was adapting a book. I was just desperate to find stuff to write. Everything was coming from so many different sources… But the book was a great stepping-stone.” Day-Lewis also read the book to prepare for his role. Sinclair’s novel sharply focuses on socialism, capitalism, the oil boom years, and the intricacies of the politics of the time. It also has several characters that it uses to dive into themes of ideology, religion, sexuality, education, and family values of the 1920s.

Anderson extracted from the novel valuable information needed to portray the dangerous oil industry and its barons faithfully. However, he structured his film around one larger-than-life character — Day-Lewis’ shrewd oil prospector Daniel Plainview, primarily inspired by the novel’s character of James Arnold Ross. Ross in turn is based on a real-life oil tycoon of the early 1900s, Edward L. Doheny. Plainview might be twice removed from reality, but he is closer to it than others we’ve seen on screen.

Doheny was one of the first oil tycoons in the country, responsible for transforming Los Angeles and Southern California into the center of the oil boom. He was also involved in the Teapot Dome scandal. Doheny went on trial for offering a $100,000 bribe to Albert Fall, the United States Secretary of the Interior under President Warren G. Harding. However, Doheny was acquitted — twice, of conspiracy and bribery charges — but paid $47 million in taxes, penalties, and settlements.

Plainview’s ambition mirrors Doheny’s, whose rise to power started from his discovery of oil in a private residence in 1892. Plainview’s all-encompassing greed, fiercely competitive nature, and cold pursuit of the treasure troves of oil reflect not only the oil barons of the 1920s but also hundreds of wealthy businessmen across the ages who realized that honesty is nothing but a pitfall on the road to wealth.

In the movie, Plainview’s character heavily engages in corruption and violence to ensure his fortune from the liquid gold that was oil. Unlike the Dohenys, who were devout Catholics, Plainview is not extremely religious. One of the central conflicts in the film that involves Plainview and a preacher named Eli Sunday is entirely fictional. However, it is definitely essential in demonstrating the fight between faith and fortune that many Americans faced during the oil rush.

Central to the novel, the movie, and Doheny’s life is a father-son relationship. In the novel, millionaire Ross’s views diverge from his socialist son Bunny’s, but the two reach an imperfect place of mutual understanding. In the movie, Plainview’s adopted son H.W. is his partner in crime and the face of his “family man” image, but soon becomes a source of shame, and ultimately a reminder of his sins and shortcomings. Doheny, going by most historical records, was a devoted father to his son Edward “Ned” Doheny Junior for the most part. Upon his son’s mysterious death in 1929, Doheny and his wife donated $1.1 million to The University of Southern California for a library in his honor. 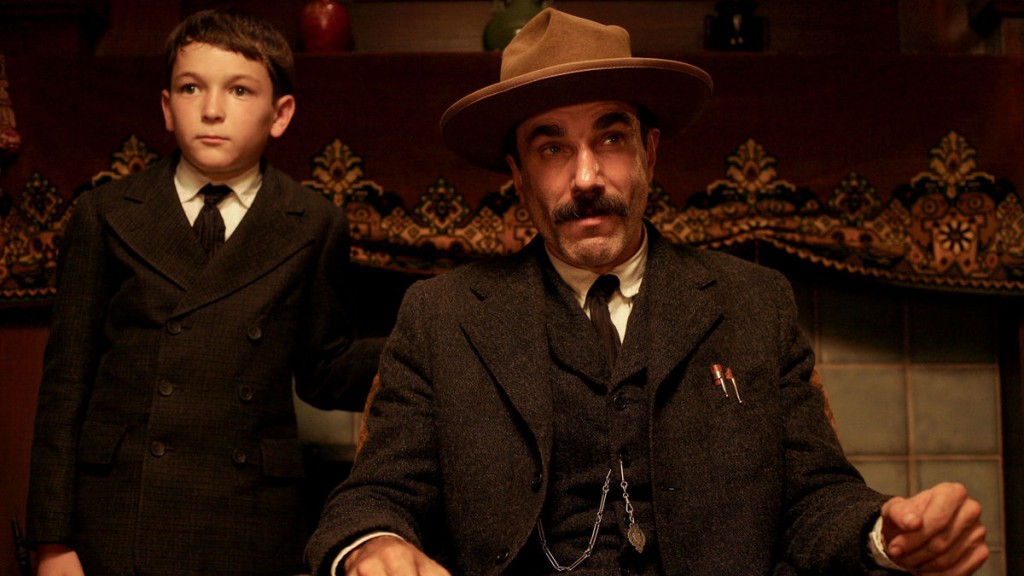 Additionally, the fantastical mansion that Plainview inhabits at the end of the movie — where his dismissal of H.W. and murderous tryst with Eli takes place — was actually Doheny’s wedding gift for his son, named Greystone Mansion. Little factual nods like this add authenticity to a film that strives to accurately represent the oil kings, common folk, and Californian culture of the early 1900s. Most of its characters may be fictional, but its essence lies with those that lived at the turn of that century.

There Will Be Blood’ accurately captures the milieu of Southern California during the oil boom years. From grease-stained shirts to hazardous oil wells, from conniving businessmen to commoners parting with their lands, the movie realistically portrays what the discovery and drilling of oil meant for different sections of society. Even the movie’s barren landscape — unable to radiate positivity even under clear blue skies — serves as a reminder of how the oil rush permanently transformed the lands of Southern California.

Although the violence and gore are exaggerated, it is quite possible that the events in the movie may have happened, in fragments, to several hundred people over the course of the oil boom. Blasts, fires, and injuries are common phenomena for drillers and miners. Preachers do preach, and then turn greedy. The hearing impaired are unfortunately shunned in society. Oil barons do anything to keep the oil flowing. Movies like ‘12 Years a Slave,’ ‘The Godfather,’ ‘The Big Short,’ ‘Catch Me If You Can,’ ‘The Wolf of Wall Street,’ and ‘The Great Gatsby’ allow us to glimpse at America’s history and the juggernaut of those in ruthless pursuit of wealth and power. ‘There Will Be Blood’ might as well top the list.

In conclusion, ‘There Will Be Blood’ is only partially based on historical truth and reality. However, it sends a loud and clear message about the cold and calculated wealthy who strike their fortunes upon the backs of the destitute. They gain wealth but lose their humanity in the process.