12 Movies Like Catch Me if You Can You Must See 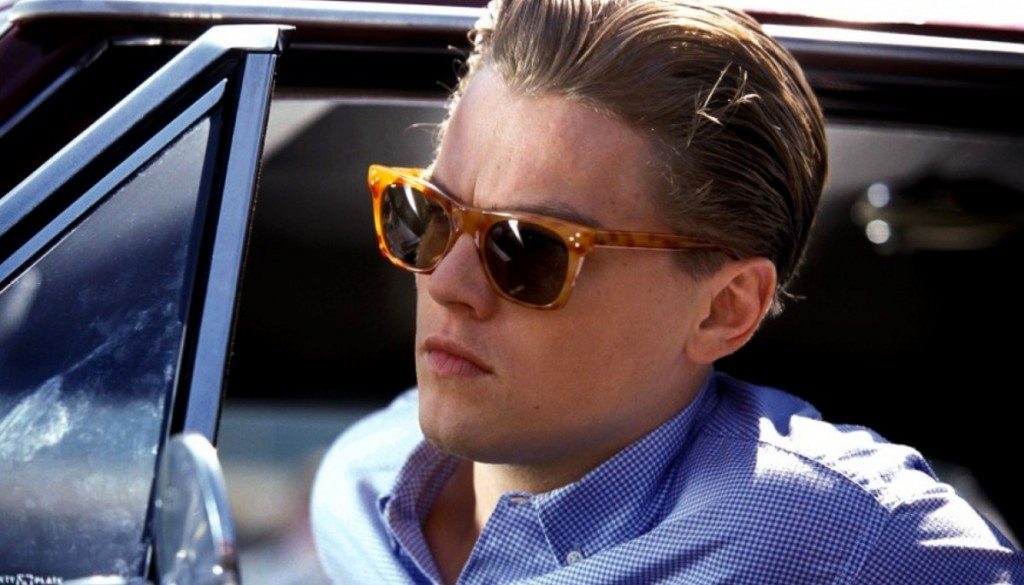 When Frank Abagnale Jr., a 17-year old college boy, poses as a substitute teacher in a French class and passes off without an iota of suspicion, you know you are in for a real treat of a lighthearted tale of deception. After his parents file for divorce, Frank elopes from home, with his new-found freedom, exploiting it to do what he now realizes he is good at: professional chicanery. From impersonating an airline pilot to masquerading as a lawyer, Frank transforms seamlessly into the personality each profession embodies. Hot on his heels is FBI agent, Carl Hanratty who always seems to be a step behind the notorious fraudster. Will Hanratty be able to put an end to Frank’s notoriety? Caprio’s winsome depiction of chicanery coupled with Hanks’ ambivalent disposition towards his convict exemplifies the classic cat and mouse game that has been popularized through the ages.

‘Catch Me if You Can’s USP is its style — a vibe that effectively works to make the movie light-hearted and palatable to comprehension.  With all that said now, here’s the list of best movies similar to ‘Catch me if You Can’ that are our recommendations. You can watch several of these movies like ‘Catch Me if You Can’ on Netflix, Hulu or Amazon Prime. 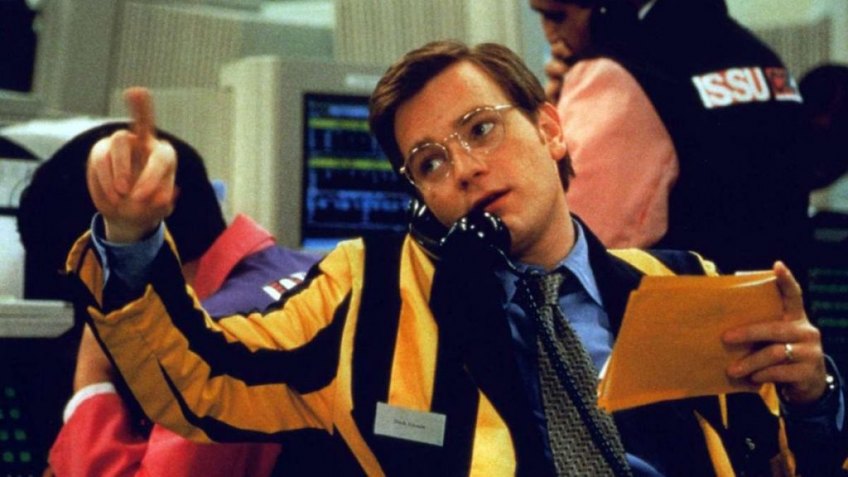 Nick Leeson is a zealous and driven young employee of Barings Bank with ambition brimming in his veins. When his employers offer him the opportunity to work in Jakarta with a better pay, Nick naively accepts it without understanding the ramifications of his impulsive decision. Nick meets a beautiful young woman and marries her, while overseeing a successful one year of work at the new location, albeit flouting regulations. In his second year of operations, the company begins to mount huge losses. This setback, coupled with the horrific death of his unborn child drives Nick to indulge in corporate malfeasance, culminating in his downfall. 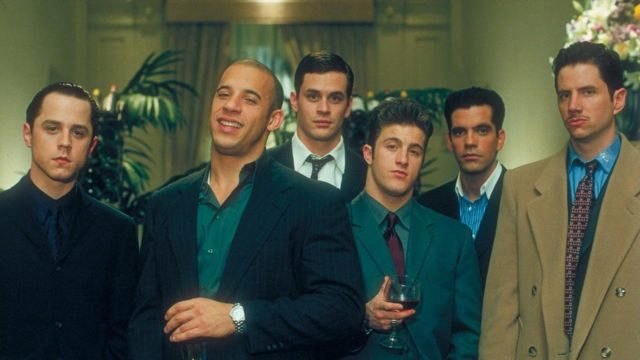 College dropout Seth Davis knows how to earn a buck or two, operating an illegal casino in his rented apartment. His federal judge father’s disapproval of his illicit way of life compels him to look for another means of income. When he chances upon the potential of stock brokerage, he decides to go headstrong into it, learning the craft of salesmanship and eventually earning big bucks. As everything seems to be looking up, Seth begins to question the legitimacy of his new job, discovering that his company has been dealing in unfair trade practices.

Seth is once again left confronting his own demons, either aligning himself to his father’s expectations of a noble pursuit or continuing along the vicious abyss of greed and ambition. ‘Boiler Room’ is not just about the conflation of ethics and morals. It explores the complexities in a father-son relationship that come from male privilege — the privilege that makes success a burden and expectations suffocating. 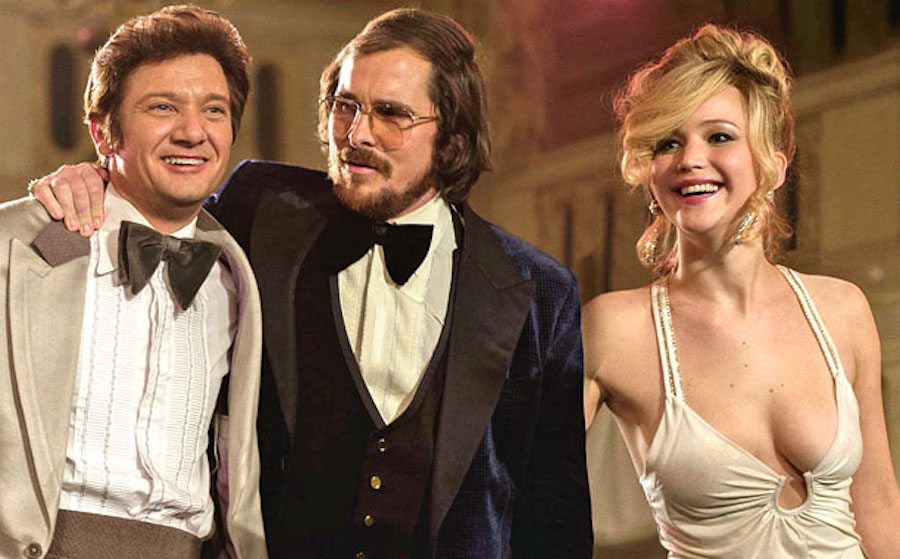 Sassy, suave, sensuous and seductive — these words not only define the film’s texture and tonality, but they also are the qualities Irving and Sydney, two con-artists, naturally ooze in order to scheme and defraud their victims. Trouble befalls when their target ends up being an FBI agent, Richard De-Maso. Instead of arresting them, De-Maso strikes a deal, wanting them to utilize their craft to catch a bigger fish in the pond, namely New Jersey mayor Carmine Polite. To make things worse, Irving is feebly supported by a capricious wife, Rosalyn who gets intertwined in this complex fabric of deception, love, greed and loyalty. ‘American Hustle’ is a delightful watch, never failing to amuse you with its characters’ deviousness and unpredictability. 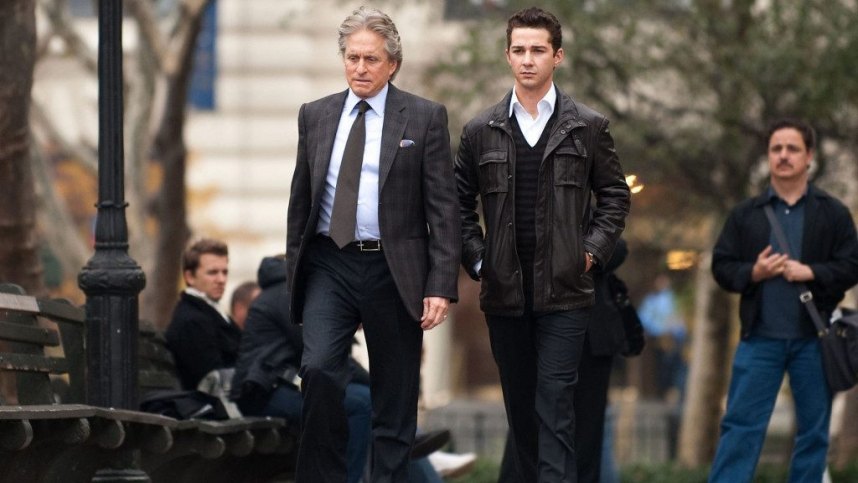 Fast-forward 23 years later, and you have the sequel to the cult classic, the Charlie Sheen starrer ‘Wall Street’. Only difference: the backdrop is the financial crisis of 2008. When corporate raider Gordon Gekko is released from jail for corporate malfeasance, he has no one to receive him, not even his estranged daughter, Winnie. Jake Moore is an up and coming trader, engaged to Winnie.

When Jake’s mentor, the company’s director tries to arrange for a meet with the Chairman of the Federal Reserve to seek a bailout for his declining company, he is blocked by his ex-nemesis, Bretton James, whom he had once wronged. Hapless and frustrated, Jake’s mentor decides to take his own life. Jake then avows to take revenge, and his resolve is strengthened when he becomes aware that Gekko himself has beef to settle with James. Fueled by strong desires, albeit for different reasons, both Gekko and James set out to regain solace and pride. 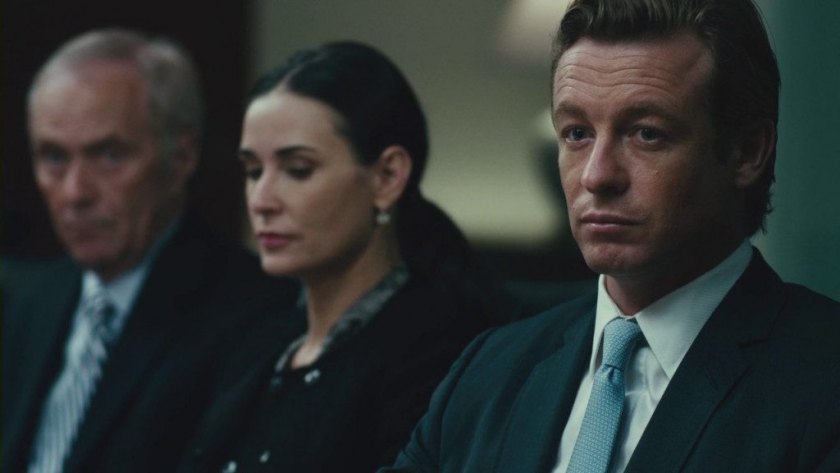 Set against the backdrop of the financial crisis of 2008, ‘Margin Call’ throws light on what exactly happened on the eve of the ‘Greatest Financial Collapse’ after the Depression of 1929. Employee Eric Dale discovers mammoth risks associated with the company, capable of forcing it into shutdown. Panic ensues as senior level meetings are organized to address the issue and take a call. What ‘Margin Call’ accurately does is portray the eeriness and nerviness just before the onslaught of a financial meltdown, giving the viewer a realistic inside perspective on the developments that followed inside a multinational company. 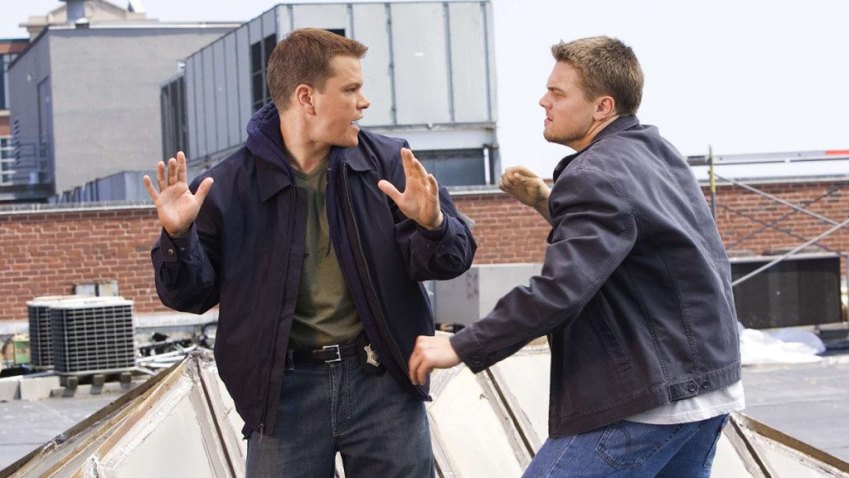 ‘The Departed’ is by far the most twisted and deceptive crime drama of its time. When two officers, Billy Costigan and Colin Sullivan, graduate from the Massachusetts State Police Academy, their paths divulge precariously. Colin works in the Special Investigation Unit with an objective of bringing down crime kingpin Frank Costello, while Billy ends up working with Costello, but is actually an undercover informant for the police. With the veneer of secrecy being wafer-thin and lives at either ends at stake, both men hover in and out of their double identities, doing whatever they possibly can to not get “ratted” out. The pulsating visuals of the film, along with the hilariously profane dialogues makes this a gritty masterpiece that you should not miss at any cost. 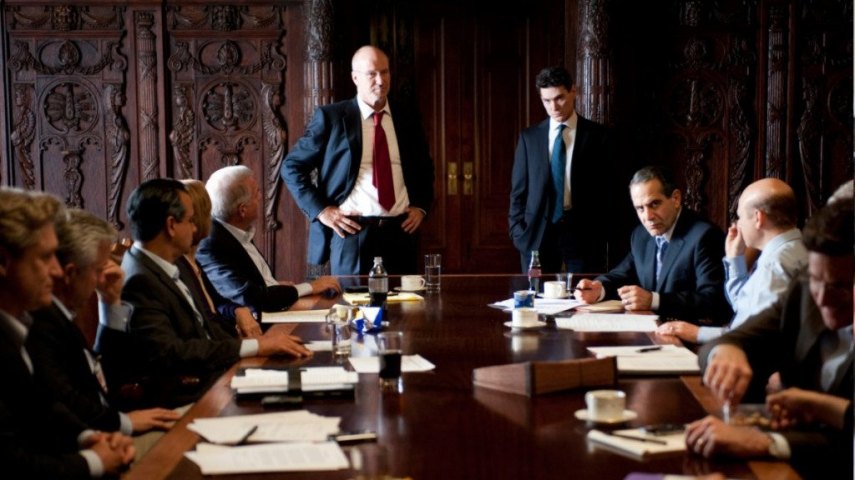 ‘Too Big to Fail’ chronicles the struggle and desperation during the trying times of the financial meltdown of 2008. Based on an account recorded by New York Times Columnist Aaron Ross Sorkin, it profiles perspectives of the executives of the big banks and financial institutions. When Lehmann Brothers were facing an imminent shutdown, Henry Paulson, Treasury Secretary of the U.S. Federal Reserve, decides to call a meeting with a number of Wall Street executives to privately bail them out. Before any of the plans are put into action, Lehmann declares bankruptcy, blowing the financial ecosystem into a tizzy. The film highlights the snobbish attitudes of those in power, who wish to turn this enterprise into a zero-sum game. 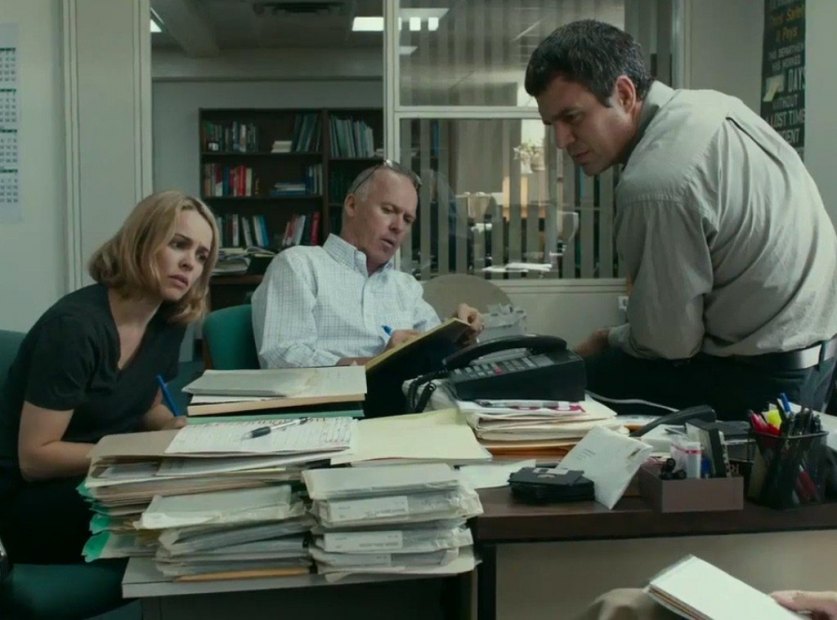 This 2016 Academy Award winning movie unearths the investigations conducted by the “Spotlight” team of Boston Globe into sex allegation charges against the Catholic archdiocese. The film was heralded for bringing to light the duplicitousness on the part of the priests, who under the guise of nobility, wield power against the innocent and exploit them. 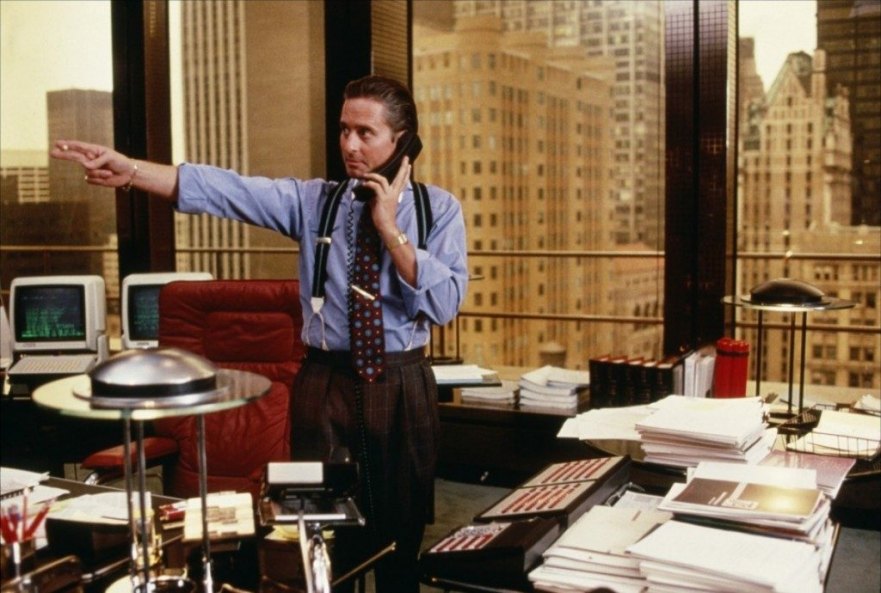 It’s not a far-fetched claim to say that with that one single line, ‘Wall Street’ inspired a generation of traders, investment bankers and stock brokers. Bud Fox is an ambitious young stockbroker who venerates a powerful corporate raider, Gordon Gekko. In a bid to make it to the top, Fox successfully cajoles Gekko into allowing him to perform insider trading for the latter’s benefit, thus burying his sense of morality. The turning point arrives when Gekko’s expansionary plans threatens Fox’s father’s livelihood, prompting Fox to go against his own idol. The film’s depiction of greed as a virtue epitomizes the capitalistic mindset that thrives in the pulse of Wall Street, using it as a weapon for purpose and ambition. This film is a must watch if one wants to visit the financial genre chronologically.

The most comical and satirical financial movie to date, ‘The Big Short’ highlights the nitty-gritties of the U.S. Housing Market Collapse of 2008 through the stories of four outsiders who foresaw the meltdown much before the financial players within the system did. Micheal Burry, founder of hedge fund company Scion Capital, called the housing market’s bluff and bet against the lending market. News of his absurd investments trickled to the cautious ears of Jared Venett, a trader at Deutsche Bank, who approaches Mark Baum, an outspoken no-nonsense hedge fund manager. Together, they seek to uncover the reality behind the supposed fracas, and what they discover is a scandal of humongous proportions.  But what the movie really seeks to depict is the effect that avarice and egotism can have in wrecking a stable ecosystem.The imbalanced Pareto-distribution of power in the hands of a few is always a bad idea. But such is the setup of the systems that we live in that situations like these are inexorable, even if foreseen. 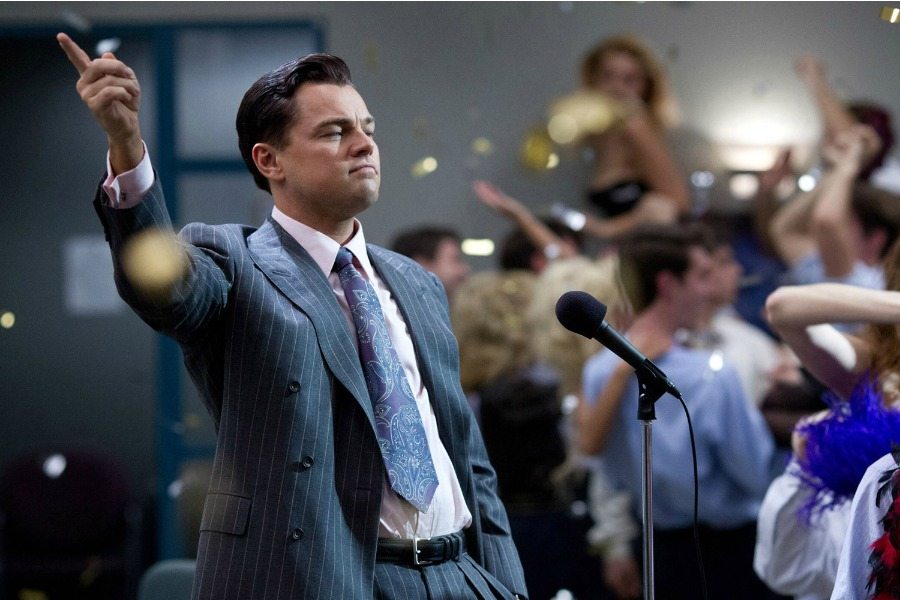 If there was ever a film that captures the pompousness, haughtiness and sheer vanity of Wall Street, this film would fit the bill aptly. Jordan Belfort (played by Leonardo Di Caprio) is a small-time salesman working at a brokerage firm, when he senses an opportunity in the offing of making it big in the world of finance. What follows is the meteoric rise of an unethically successful entrepreneur — flanked by his very own army of sales bandits — unfazed by scrutiny, unfettered by regulations and overindulgent in an intoxicated web of sex, drugs and power. Director Martin Scorsese’s in-your-face comical take on Wall Street is laced with understated satire through the fallacies and idiosyncrasies of his central characters, making it an interesting watch, even for the most vehement naysayer. If nothing else, watch it for Caprio’s Oscar-worthy portrayal of Belfort and the film’s breathtaking screenplay. 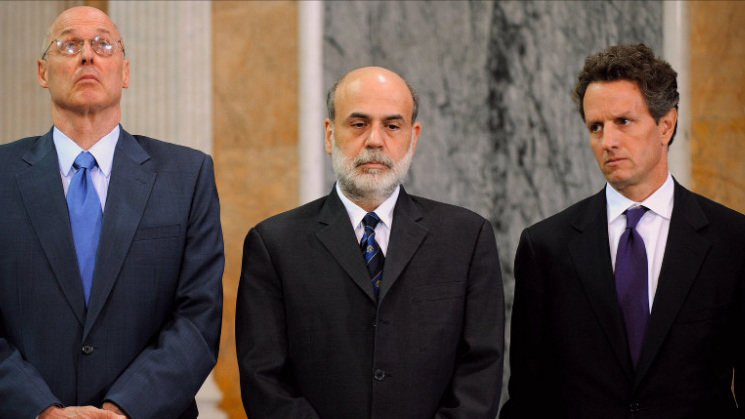 The most comprehensive coverage of the Financial Crisis of 2008 yet, ‘Inside Job’ has more jargon than even your average economics textbook. The crisis was detrimental not only to America’s reputability as a nation, it caused people to lose their jobs, homes and consequently their security. The five-part Oscar-winning documentary uncovers the series of events right from its roots through a string of interviews conducted with financial experts, politicians and academia. What started off as mere apprehension and ambiguity among a few prescient experts like ex-IMF chief Raghuram Rajan turned out to be valid eyebrow-raising claims about the onset of a crisis. Don’t miss this if your cinematic appetite longs for a gripping, intense 2-hour watch.