Is This Fool’s Hugs Not Thugs a Real NGO? 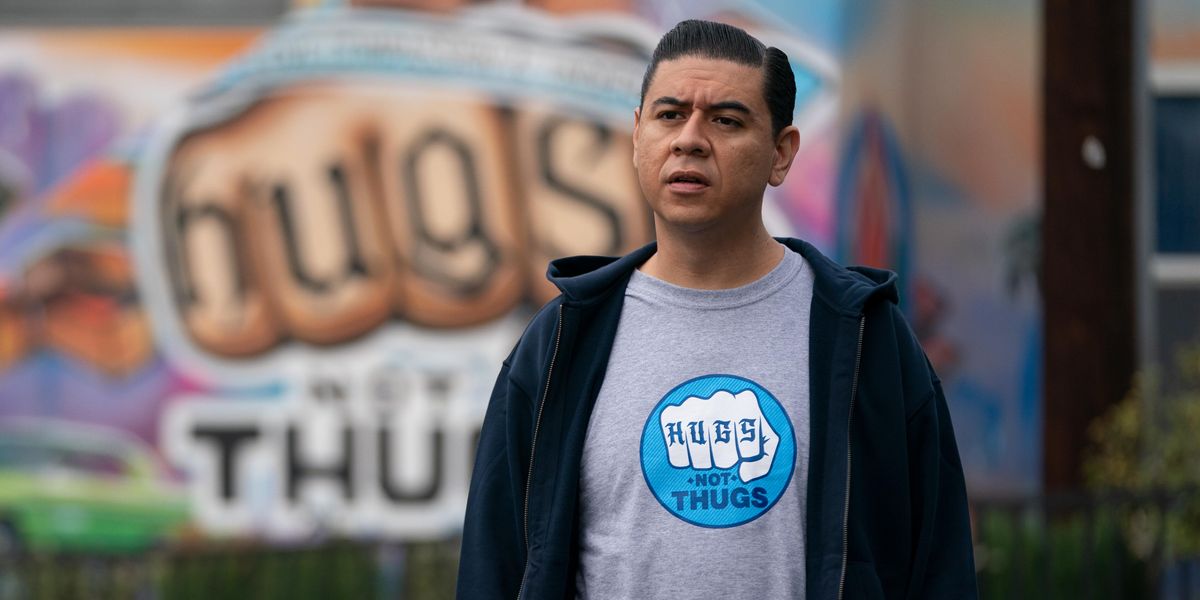 Hulu’s ‘This Fool’ tells the story of Julio Lopez (Chris Estrada), a thirty-something man from South Central Los Angeles who has co-dependency issues. The sitcom is created by Pat Bishop, Chris Estrada, Matt Ingebretson, and Jake Weisman. In the series, Julio works at a nonprofit organization that helps ex-convicts rehabilitate into everyday life after completing their sentences.

As a result, Julio avoids his own problems by solving those of others. The series captures a large portion of Julio’s work life, and Hugs, not Thugs, an NGO he works for, is the show’s primary setting. Therefore, viewers must be wondering whether Hugs, not Thugs, is based on a real NGO. In that case, here is everything you need to know about Hugs, not Thugs from ‘This Fool.’

Is Hugs Not Thugs a Real NGO?

‘This Fool’ revolves around Julio Lopez, who works for the nonprofit organization Hugs, not Thugs. The NGO is run by Minister Leonard Payne (Michael Imperioli) and focuses on rehabilitating ex-convicts, especially gang members, into everyday life. The NGO helps former members return to a simple life devoid of violence by assisting them in finding accommodation and steady work. Moreover, it builds a community for people seeking redemption in life and isn’t afraid to give criminals a second chance. Given Hugs, not Thugs’ human and profound mission statement, it is understandable for viewers to feel that it is based on a real-life NGO.

In reality, there exists an NGO known as Hugs, not Thugs. The organization is operational in Australia and works to create a violence-free community. It organizes community events that raise awareness about violence and propagates sustainable measures to create a non-violent ecosystem. Given that the show’s Hugs, not Thugs, is based in South Central Los Angeles, it is unlikely that the real-life NGO serves as an inspiration for the show’s iteration. Moreover, both NGOs have different mission statements and work towards different causes. Their logos and branding also differ from each other. Hence, it is safe to say that Hugs, not Thugs, in ‘This Fool’ is not inspired by the real NGO of the same name.

On the other hand, NGOs working for causes similar to that of Hugs, not Thugs, are prevalent in South Central Los Angeles. Therefore, any of them could have served as an inspiration for the fictional NGO. Moreover, through the NGO, the series represents the difficulties of life faced by working-class Americans in South Central Los Angeles. It allows the narrative to tackle the themes of redemption and helps showcase the life of ordinary people trying to get their lives back on track. Hence, despite being a fictional NGO, Hugs, not Thugs, forms a large chunk of the show’s emotional core and philosophy.