Is Tina Leung Dating? Does She Have a Boyfriend? 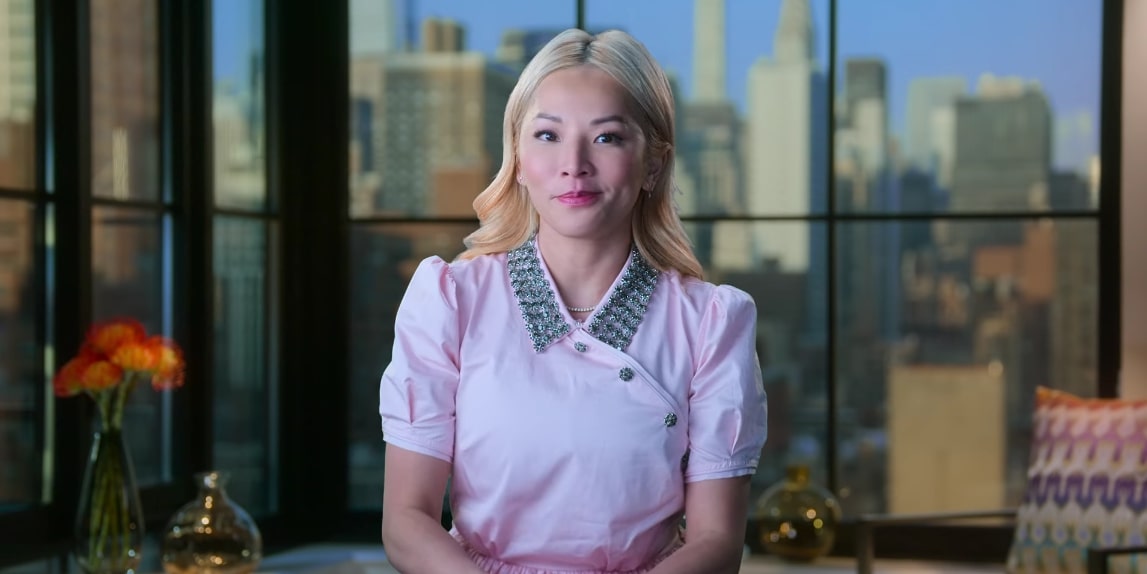 With Netflix’s ‘Bling Empire: New York’ living up to its title as well as its parent production in every way imaginable, we get introduced to some of the wealthiest Asians in the bustling Excelsior State. Amongst them is none other than Chinese fashion blogger, influencer, “slayasian,” and aspiring brand director Tina Leung (梁伊妮), who is actually a proud, self-made woman through and through. Yet for now, if you just wish to learn about her personal life in particular — with a focus on her familial experiences and her relationship history/status — we’ve got the essential details for you.

Tina Leung was reportedly born on March 27, 1982, to conventional Chinese parents as the eldest of four girls, but she largely grew up in California as they’d relocated when she was merely 2. Unfortunately, though, her childhood was not happy, stable, or even comfortable in any sense of the terms, which only worsened once they moved back to Hong Kong nearly a decade later. The reason: financial duress combined with her mother’s “crazy” tendencies towards both her as well as her three younger sisters — Alda Leung, Tawny Leung, and Katrina Leung — per the reality production.

“Growing up, I wouldn’t say I had the closest relationship with my parents,” Tina said in the Netflix original. “My dad did very well for himself at one point. He produced baby goods for Evenflo, Gerber. He had a driver that was also a bodyguard. He had a private jet to take him places, and we were always first class, but then that disappeared… So, I had to become financially independent in my early 20s.” That’s when she chose to follow her passion and enrolled at the Fashion Institute of Technology before kickstarting her career by assisting various stylists in New York City.

The truth is Tina always took on the role of protector for her siblings owing to how their parents were — their father traveled, whereas their mother picked favorites — yet she still often feels like she didn’t do enough. However, her sister Katrina vehemently insists that she is the one who paved the way for courage, happiness, as well as independence for all of them — they all look up to her in a way she can’t begin to comprehend. It thus goes without saying the sisters are close, or well, as close as they can be, considering they all have lives, social circles, and careers of their own.

Is Tina Leung Dating Anyone?

From what we can tell through her online footprints, Tina is currently single and simply working hard on healing her past familial as well as relationship traumas to the best of her abilities. Her family dynamic did admittedly affect the way she views love, but so did her past toxic romances, as made evident by the way she had a panic attack when her friends tried to set her up with someone. In fact, the otherwise fierce fashionista felt like she was being preyed upon despite them being in a very social setting and the men being nothing but amicable; their attention triggered her.

“Dating history wise,” in Tina’s own words on ‘Bling Empire,’ “I had a boyfriend for two years and then straight into a seven-year relationship… Um, [the latter] broke up with me every year and a half, and I went back. He had little dalliances with other girls. He had things about my weight. Like, during our summers together, he only let me eat one bowl of cereal a day. Well, he said he was trying to help me get to the weight I wanted. But we would have huge fights if he found out I ate something. All my past relationships were bad. Honestly, none of them have treated me well.”

It hence comes as no surprise Tina usually prefers to keep her deeply intimate and personal experiences well away from the limelight, meaning she probably won’t share anything unless she’s in a serious, happy, healthy relationship.

Read More: Is Nam Laks Dating? Does She Have a Boyfriend?