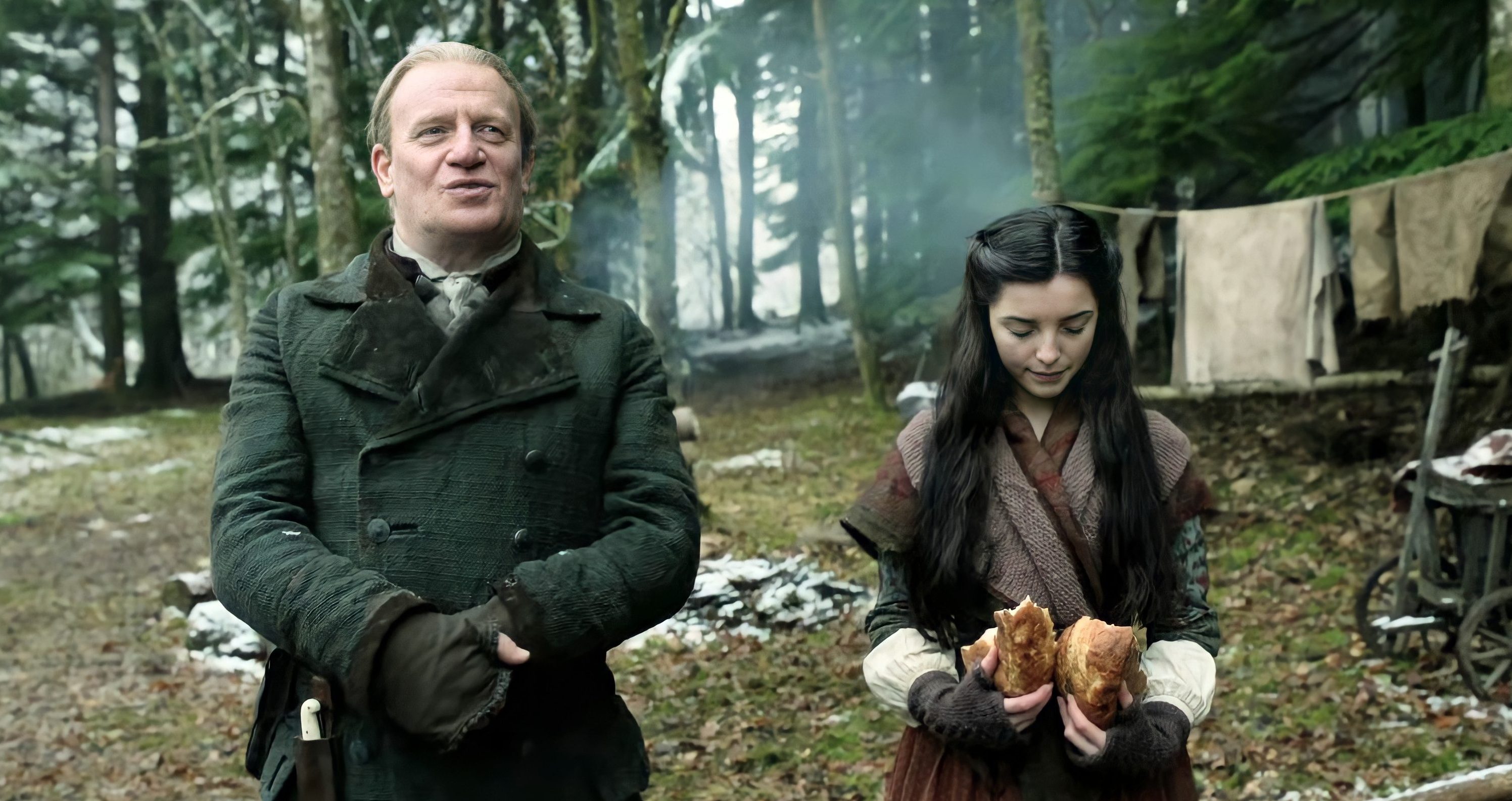 The sixth season of Starz’s historical series ‘Outlander’ witnesses the arrival of Thomas Christie, his daughter Malva Christie, and son Allan Christie in Fraser’s Ridge. Irrespective of their tumultuous connection in the past, Jamie welcomes Tom and his family to his settlement along with a group that accompanied the Christies.

In the third episode of the sixth season, Tom undergoes an operation on his right hand and reveals his nature to Claire, his surgeon. Tom’s peculiar behavior generates suspicions in Claire regarding his past and family. As Claire asks Jamie about the birth of Malva, one must be wondering whether Tom is really her father. Let’s find out! SPOILERS AHEAD.

After the operation, Claire asks Tom to stay in her house overnight for her to monitor his condition. At night, she goes to check on him, only for Tom to avoid touching her. Intrigued by Tom’s behavior, Claire becomes doubtful that Tom hates women. Possibly thinking that Tom’s reaction must be connected to his late wife, Claire asks Jamie whether Tom was in Ardsmuir prison when Malva was conceived.

The discrepancy between the timelines of Malva’s birth and Tom’s imprisonment confuses Claire. Jamie, on the other hand, tells her that Malva might be born in the New World upon Tom’s second marriage. However, Jamie’s guess proves to be wrong when Malva tells him that she was born in Scotland. Since Jamie knows that the then-imprisoned Tom cannot be the father of Malva, he starts to share Claire’s doubts.

If you are wondering whether Claire and Jamie’s doubts are valid, the answers lie in the ‘Outlander’ novels by Diana Gabaldon, the source texts of the show. In the novel series, Malva’s father is Edgar, Tom’s brother. When Tom got imprisoned in Ardsmuir, Tom’s wife Mona started having an extramarital affair with Edgar. Their affair paved the way for Malva’s birth. When Mona was hanged to death for murdering Edgar, Malva and Allan became the responsibilities of Edgar’s wife.

When Ardsmuir closed down, Tom was transported to America as an indentured servant. He impressed Mr. Everett, who helped Tom to transport Malva and Allan to South Carolina from Edinburgh. Even though Malva isn’t his daughter, Tom started to take care of her without revealing the identity of her real father. However, Tom fails to separate the memories of his unfaithful wife from Malva, leading him to punish her frequently for trivial matters. During their stay at Fraser’s Ridge, Tom punishes Malva for displaying the “witch-like traits” he had seen in her mother before his time at Ardsmuir.

Mona’s affair with Edgar and Malva’s “sinful birth” may have affected a pious man like Tom severely. The hurtful past possibly influences him to despise women as Claire doubts. Tom’s anger towards his late wife comes out when he whips Malva for insignificant reasons. When Claire gives him a scandalous novel to read as a distraction, the memories of his wife — who also used to read such novels — conquer him to return the book in anger.

Tom’s internal life changed severely with Malva’s birth and the latter suffers the consequences in the form of unreasonable punishments. Since the truth about Malva’s real father is yet to be revealed in the show, we can expect tensions between her and Tom to continue under the suspicious watch of Claire and Jamie. If Malva continues to be Claire’s assistant, the punishments she receives from Tom may not end soon.