Is Trixie Motel Open Now? Where is it Located? 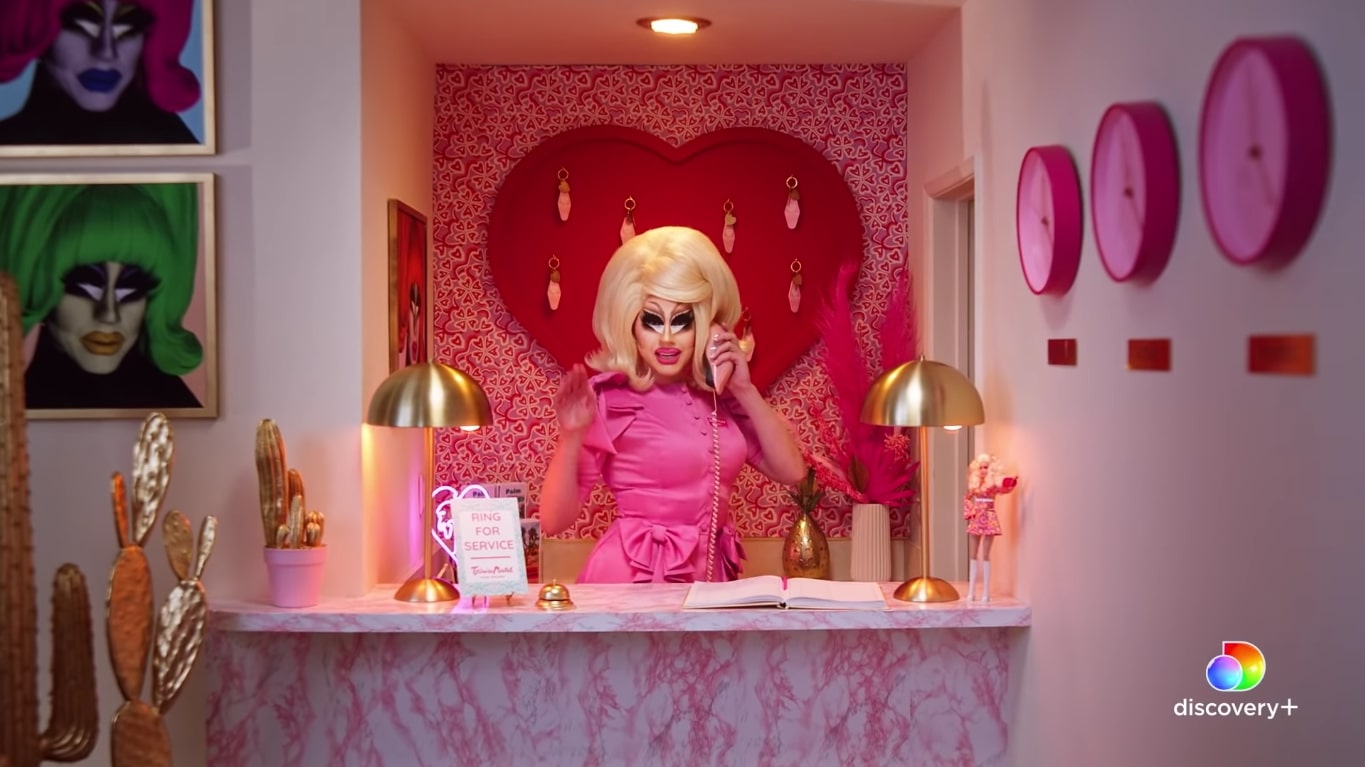 As a drag queen, television personality, singer-songwriter, comedian, writer, and entrepreneur, Trixie Mattel (real name Brian Firkus) has achieved a lot in the past decade or so. However, as chronicled in ‘Trixie Motel,’ her latest venture to expand her empire mixes bright paint with personal delight to establish the most on-brand, all-welcoming mini-resort in the entire nation. So now that we’ve seen the hard work she (and her team) put into this vibey lodging — a dream for every queer person — let’s find out more about its location as well as if it is open yet, shall we?

Where is The Trixie Motel Located? Is It Open?

Along with her loving partner of over five years, the ‘RuPaul’s Drag Race All Stars’ season 3 winner bought a motel for roughly $1,900,000 from the internet because it was their dream. Trixie and David Silver, as per her accounts on the Discovery+ reality series, had actually joked about running such a business together, but the more they thought about it, the better they liked the idea. Therefore, they soon decided to buy, renovate, rename, and reopen a rundown inn in “the heart” of Palm Springs, California, especially in an attempt to make David’s ambitions come to life.

According to Trixie, David has always stood by her side as she has achieved one feat after another without a single second of doubt, grimace, or discontent, which is why she wished to do this with him 50-50. “I love my partner,” she recently said in an interview with EW, “he’s never done this before; it’s easy to get a boner emotionally when you see your partner do something really well.” As for the location of Trixie Motel, it is at 210 West Stevens Road in the Little Tuscany neighborhood of Palm Springs, right where Ruby’s Coral Sands Inn used to be until early 2020.

“My partner and I were watching ‘A Very Brady Renovation’ during COVID, and we had a joke about a ‘Trixie Motel’ because of the play on the words [on my name],” Trixie revealed to EW. “Then we were like, what if we actually did? We looked at residential properties and found this one… It’s the only commercial space I even looked at it… We thought of the motel business together, and he was the one who said we should make it a TV show.” They thus got in touch with the necessary people, only for the four-month refurbishment work to begin around October/November 2021.

There were a few problems along the way, including COVID outbreaks as well as a lack of materials, but neither Trixie nor David ever backed down, meaning Trixie Motel is nearly ready. The only thing the “pink paradise” awaits now is its grand opening on Labor Day — September 5, 2022. Yet you can already make reservations for any of the seven custom-themed rooms on the business’ official website. They offer three suites, three queen rooms, and a honeymoon suite, with the price currently ranging from $550 to $850 a night.

“Let’s be honest, motels and hotels are made for men,” Trixie said in an interview with The Desert Sun. “They’re made for people who hang up suits and maybe plug in a shaver. There’s no lighting for makeup, there’s no counter space, there’s not somewhere to hang up garments, there’s not anywhere cute to take a picture of yourself. Definitely, as a drag queen-owned motel, I couldn’t put something out into the world that didn’t speak to people who like to plug in a curling iron and put on some lipstick,” making it perfectly evident that her motel is as inclusive and accommodating as it is chic.

Read More: Are Trixie and David Still Together?